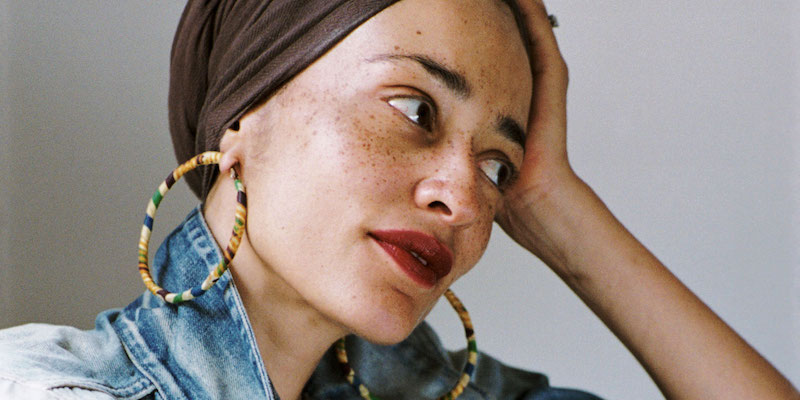 An ode to the brilliant, hilarious opening scene of Zadie Smith’s White Teeth.

When Zadie Smith’s debut, White Teeth, was first published over 20 years ago, reviewers almost unanimously pointed to its wit and comedy, calling it “extremely funny” (Literary Review), “hilarious” (i-D),  and “an omnivorous comedy.” Smith, who turns 46 today, became a household name after White Teeth. And in honor of her birthday, I want to talk about my favorite darkly funny moment in her debut novel: the opening scene, which had me chuckling and gasping on a plane from London to New York (belated apologies to my seat-neighbor trying to sleep).

The novel opens with a suicide attempt. Archie Jones picks Cricklewood Broadway as his spot, though he knows is “a strange choice”—it being a “no kind of place,” and certainly not where “a man came to die.” Regardless, this is where we meet him, leaning his head over the steering wheel and filling up the inside of his car with carbon-monoxide fumes. But while Archie embarks on his anti-climactic/anti-heroic death, Smith introduces us to Mo Hussein-Ishmael, the owner of the Hussein-Ishmael butcher shop. He is cutting pigeons when he notices an illegally-parked car in front of his shop. And this is where the comedy in Smith’s juxtaposition—between Archie’s non-ceremonious suicide and Mo’s single-minded indifference—begins. Mo is pissed—he’s expecting a delivery at 6:30 and he is furiously asking his son, Arshad, what the car is doing there when there’s a “NO PARKINGS OF ANY VEHICLE ON ANY DAYS” sign. But of course, the readers know exactly what the car is doing there.

Mo sends Arshad off to find out why the car is there, only to have Arshad report to him that the man inside is “gassing himself.” He explains, “I shouted through the car window and told the guy to move on and he says, ‘I am gassing myself, leave me alone.’ Like that.” Like that, indeed. But Mo’s not having it: “No one gasses himself on my property,” he says, not because he doesn’t want this perfect stranger to kill himself, but more because his shop’s “not licensed” for this kind of dying—obviously. And he makes it known to Archie: “Do you hear that, mister? […] This place halal. Kosher, understand? If you’re going to die round here, my friend, I’m afraid you’ve got to be throughly bled first.”

But for Archie, these are the magic words—they conjure a (very rude) awakening. Upon being berated by Mo, he has an epiphany. It “occur[s] to him that, for the first time since his birth, Life had said Yes to [him]. Not simply an ‘OK’ or ‘You-might-as-well-carry-on-since-you’ve started,’ but a resounding affirmative.” And this is where Smith’s juxtaposition evolves into the perfect amalgamation of tragedy and comedy. What saves Archie’s life isn’t a grand proclamation of love and validation for his personhood, but rather someone just not wanting him to get in the way of their work day and schedule. Mo doesn’t care if Archie’s “choking on thankyous,” if he’s realized something he hasn’t before—Mo’s “got meat coming,” for god’s sake. But Archie’s life is saved, nonetheless. So if he was out looking for an anti-climatic/anti-heroic death, then, well, what he gets is an anti-climatic/anti-heroic affirmation of life. A brilliant opening to a brilliant debut.