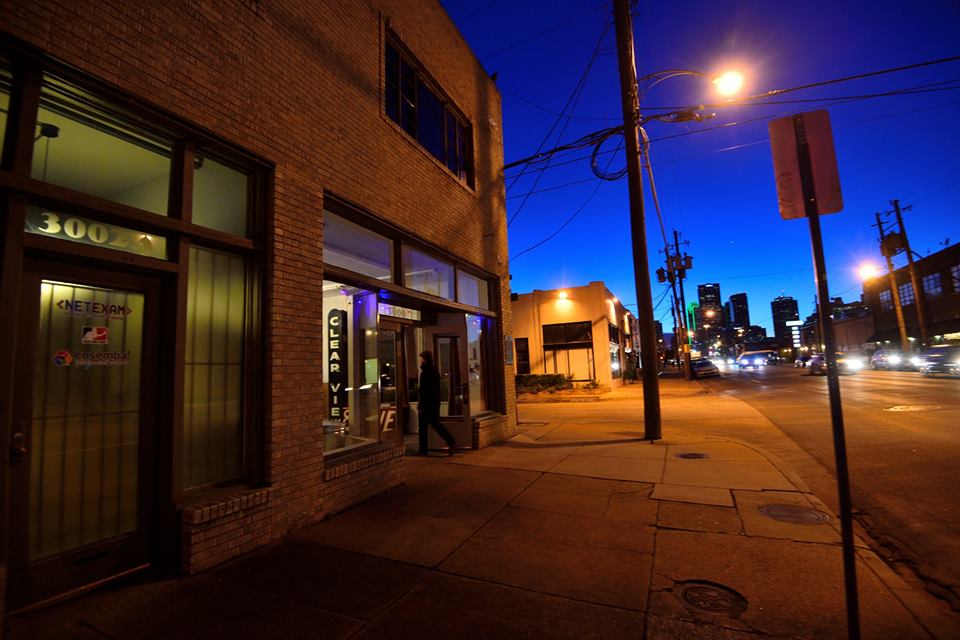 An Indie Publisher Decides to Open an Indie Bookstore

Will Evans of Deep Vellum, On Growing a Literary Community

Bookstores provide a sense of community to what before was just a place. Urban planners have found in repeated studies that one of the top items residents of neighborhoods—or entire cities—have said they wish they had in their community was a bookstore. And I’m one of those people. The one thing I wanted in Dallas when I moved here two and a half years ago was a bookstore. And more than that I wanted a bookstore in the historic cultural district of Deep Ellum—the closest thing Dallas has to a melting pot neighborhood and inspiration for the name of Deep Vellum Publishing—the most culturally rich and historic neighborhood in the entire city, the neighborhood where I’ve worked since moving to Dallas, the neighborhood that inspires me every day to bring authors, translators, and readers together in new and exciting ways.

Deep Vellum Books is now set to open in the heart of Deep Ellum at 3000 Commerce Street (our theme song will be Dr. Octagon’s “3000,” unless local resident Andre 3000 would like to work with us: let’s collaborate, Dre! We used to eat at Soul Vegetarian together in Atlanta, now we’re both in Dallas! Let’s make magic!). Deep Vellum Books is 900 square feet of historical awesomeness: a 100-plus year-old building, a historical plaque honoring the legendary blues singer Leadbelly on the wall outside (courtesy of the Deep Ellum Foundation), exposed brick, concrete floors, and the offices of Deep Vellum Publishing are tucked in the back.

The space is packed to the brim with nothing but independently published literature: fiction, creative nonfiction, poetry, zines, chapbooks, and whatever else inspires us, whatever else is the alternative literature, the antidote to the commonplace, the boring, the banal. I want to focus on the books published by the community-builders and bold editorial visionaries across the country who make our world better, more literary. The goal is to celebrate the independently published written word.

Why would I want to open a bookstore while running a publishing house? When I moved to Dallas two and a half years ago, there were no literary publishers left in the city—SMU Press had just shut down—and there were no independent bookstores selling new books in the city. And not just an absence in Dallas, but there were none in the entire Dallas-Fort Worth Metroplex either. This is a region the size of some countries, with over seven million people, and it had no bookstores. But that didn’t mean there wasn’t cool stuff going on all over the area, especially in Dallas. And that definitely didn’t mean there hadn’t been tons of amazing literary history in Dallas, and in the region, whether or not anybody in or outside of the city was aware of it.

The idea of literary community is important to me. As a reader, I want to meet more readers, more writers, more translators, more people to open my mind up to the possibilities of literature. As a publisher, I want as many readers to engage with my books as possible. And the more readers for my books who live in my own city, in my own neighborhood—that’s the dream. Deep Vellum’s mission, while global in scale, has a strong local commitment; we want to bring the world into dialogue with Dallas from Dallas.

More on the space itself: there’s a stage in the corner and a big table in the middle of the floor on wheels—these areas we’ll use to program the space seven days and nights a week, with a mixture of literary programming (readings, lectures, discussions, spoken word, creative writing and translation workshops, bookmaking classes, slam poetry) music (hip-hop, classical, folk, heavier bands), film (a mix of international and local: think Fellini mixed with Shane Carruth… actually, that’s the vibe of the bookstore summed up in one weird combination), art shows (visual, performance, installation), theatrical performances (from Shakespeare to staged readings to interactive and immersive) and more. And in the other corner, there’s a bar—coffee in the morning, beer and wine just after that…

Deep Vellum Books booksellers will be writers or translators, and we will offer writer and translator residencies. As in the new Enrique Vila-Matas novel, The Illogic of Kassel, which describes a scenario wherein the author sits in a Chinese restaurant and writes a novel as a sort of performance art installation. Kind of like that. We want our booksellers to feel at home in a space that supports and nurtures their literary talents. I want the next great Dallas novel to come from the heart of Deep Vellum Books, as our authors are introduced to new ways of expressing themselves from the books on our shelves and the creative individuals who haunt our space day in and day out.

Here’s a story about why I would started a bookstore that serves drinks and employs writers:

When I brought our Congolese author Fiston Mwanza Mujila to Dallas, along with his translator Roland Glasser, we hosted an event with a live saxophonist accompanying their readings from the novel Tram 83—one after the other in French, then English, then French, then together—at The Wild Detectives. It was immersive and retro and contemporary, all at the same time. It was the best reading I’ve ever been to: the text came alive in new ways, through the improvisation of musician and reader alike. During the Q&A, a kind-hearted Dallasite asked Fiston what his parents thought of his choice to become a writer. This question was no doubt inspired by a brief mention Fiston had made introducing his reading, from a section in which his character Lucien faces ridicule for wanting to be a professional writer in a country that lacks even basic infrastructure. Fiston’s response was that his parents were supportive of anything he did and were glad to hear of his success around the world as a writer, but they couldn’t understand why he didn’t want to do something more honorable with his life, like open a bar. Because, as Fiston relates his father telling him, no matter how bad things get in life, if you own a bar, you have a place where people can get together and drink beer and listen to music and dance and have a good time, and that’s pretty much the highest goal you can have in life.

Fiston’s dad has a point. And I want Deep Vellum Books to be exactly that kind of place: a lighthouse in the storm, guiding the way to good times, good people, and good art. Literature as art. Art as literature.

We just held our launch party, and over two hundred people came together on short notice to celebrate a new bookstore opening on a warm Wednesday night in December. And these partygoers got to hear me stand up on a soapbox (well, it was the sign of the former Club Clearview, the legendary Deep Ellum nightclub from the 80s and 90s owned by our building’s former owner) and talk about the concept of our bookstore as a community center. For the community gathered there that night, a diverse range of people representing all that is good about life in Dallas, I spoke about the idea that they, and all of our community, would be investors in this bookstore. (Click below to enlarge images of the new space.) 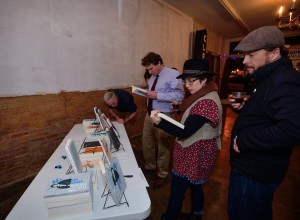 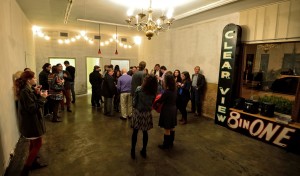 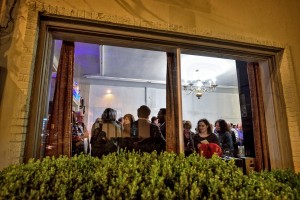 We’re opening up our store from the beginning to investment from the community in the form of small contributions that make our readers, our neighbors, our friends also our investors. This is inspired by the community-based mission at the heart of our existence, but also by some of the bookstores around the country that, when faced with hard times, launched crowdfunding campaigns that saw their community reach out to help. Rather than risk it, and wait until we run into financial uncertainty, we’re opening up our store to the community from the start. And our crowdfunding is coming DIY: we’re putting together the details of what each level of investment will offer the investor, including free books from Deep Vellum, discounts for the year, invitations to special events, and more. Our success and sustainability will stem from the community we’re a part of. So we’re doing everything we can to model our business on the successful independent bookstores around the country who inspire us, as well as our neighbors across town. Together we’re building #LiteraryDallas. And literary Dallas is real.

Our first bookstore event is January 5th, 2016, with Spanish translator extraordinaire Sergio Waisman coming to town to host our first Deep Vellum Book Club, in which he’ll delve into the dark matter at the heart of our most recent book: Ricardo Piglia’s Target in the Night (for fans of Latin American literature, American detective novels, and the concept of “paranoid fiction”).

The bookstore will soft launch in January, stocked initially with titles from some of my favorite indie publishing houses: New Directions, Open Letter, And Other Stories, Biblioasis, New Vessel, Tyrant Books, Brutas Editoras, and ours, of course, among many others. It’s our mission to get these books in the hands of as many new readers as possible.

Deep Vellum Books will celebrate its grand opening in February. Come be a part of our literary revolution.

All photo by Scott Wayne McDaniel

Hilton Als on What It Means to Be Hopeful, Despite the World 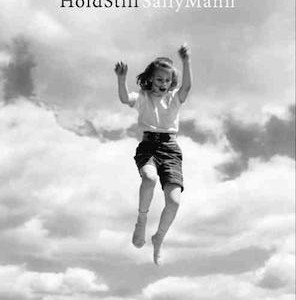 The Meuse We all have them: those boxes in storage, detritus left to us by our forebears. Mine were in the attic, and there...
© LitHub
Back to top
Loading Comments...