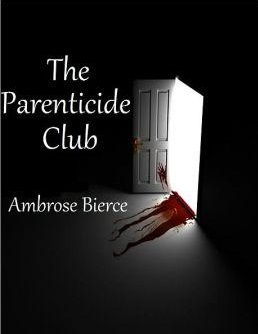 The following is Ambrose Bierce’s short story “An Imperfect Conflagration” from his collection The Parenticide Club. An American editor, journalist, short story writer, and satirist, Bierce was well known for his sardonic and critical style. His most famous works include a painstakingly sarcastic lexicon titled The Devil's Dictionary and the short story “An Occurrence at Owl Creek Bridge.”

Early one June morning in 1872 I murdered my father—an act which made a deep impression on me at the time. This was before my marriage, while I was living with my parents in Wisconsin. My father and I were in the library of our home, dividing the proceeds of a burglary which we had committed that night. These consisted of household goods mostly, and the task of equitable division was difficult. We got on very well with the napkins, towels and such things, and the silverware was parted pretty nearly equally, but you can see for yourself that when you try to divide a single music-box by two without a remainder you will have trouble. It was that music-box which brought disaster and disgrace upon our family. If we had left it my poor father might now be alive.

It was a most exquisite and beautiful piece of workmanship—inlaid with costly woods and carven very curiously. It would not only play a great variety of tunes, but would whistle like a quail, bark like a dog, crow every morning at daylight whether it was wound up or not, and break the Ten Commandments. It was this last mentioned accomplishment that won my father’s heart and caused him to commit the only dishonorable act of his life, though possibly he would have committed more if he had been spared: he tried to conceal that music-box from me, and declared upon his honor that he had not taken it, though I know very well that, so far as he was concerned, the burglary had been undertaken chiefly for the purpose of obtaining it.

My father had the music-box hidden under his cloak; we had worn cloaks by way of disguise. He had solemnly assured me that he did not take it. I knew that he did, and knew something of which he was evidently ignorant; namely, that the box would crow at daylight and betray him if I could prolong the division of profits till that time. All occurred as I wished: as the gaslight began to pale in the library and the shape of the windows was seen dimly behind the curtains, a long cock-a-doodle-doo came from beneath the old gentleman’s cloak, followed by a few bars of an aria from Tannhauser, ending with a loud click. A small hand-axe, which we had used to break into the unlucky house, lay between us on the table; I picked it up. The old man seeing that further concealment was useless took the box from under his cloak and set it on the table. “Cut it in two if you prefer that plan,” said he; “I tried to save it from destruction.”

He was a passionate lover of music and could himself play the concertina with expression and feeling.

I said: “I do not question the purity of your motive: it would be presumptuous of me to sit in judgment on my father. But business is business, and with this axe I am going to effect a dissolution of our partnership unless you will consent in all future burglaries to wear a bell-punch.”

“No,” he said, after some reflection, “no, I could not do that; it would look like a confession of dishonesty. People would say that you distrusted me.”

I could not help admiring his spirit and sensitiveness; for a moment I was proud of him and disposed to overlook his fault, but a glance at the richly jeweled music-box decided me, and, as I said, I removed the old man from this vale of tears. Having done so, I was a trifle uneasy. Not only was he my father—the author of my being—but the body would be certainly discovered. It was now broad daylight and my mother was likely to enter the library at any moment. Under the circumstances, I thought it expedient to remove her also, which I did. Then I paid off all the servants and discharged them.

That afternoon I went to the chief of police, told him what I had done and asked his advice. It would be very painful to me if the facts became publicly known. My conduct would be generally condemned; the newspapers would bring it up against me if ever I should run for office. The chief saw the force of these considerations; he was himself an assassin of wide experience. After consulting with the presiding judge of the Court of Variable Jurisdiction he advised me to conceal the bodies in one of the bookcases, get a heavy insurance on the house and burn it down. This I proceeded to do.

In the library was a book-case which my father had recently purchased of some cranky inventor and had not filled. It was in shape and size something like the old-fashioned “ward-robes” which one sees in bed-rooms without closets, but opened all the way down, like a woman’s night-dress. It had glass doors. I had recently laid out my parents and they were now rigid enough to stand erect; so I stood them in this book-case, from which I had removed the shelves. I locked them in and tacked some curtains over the glass doors. The inspector from the insurance office passed a half-dozen times before the case without suspicion.

That night, after getting my policy, I set fire to the house and started through the woods to town, two miles away, where I managed to be found about the time the excitement was at its height. With cries of apprehension for the fate of my parents, I joined the rush and arrived at the fire some two hours after I had kindled it. The whole town was there as I dashed up. The house was entirely consumed, but in one end of the level bed of glowing embers, bolt upright and uninjured, was that book-case! The curtains had burned away, exposing the glass-doors, through which the fierce, red light illuminated the interior. There stood my dear father “in his habit as he lived,” and at his side the partner of his joys and sorrows. Not a hair of them was singed, their clothing was intact. On their heads and throats the injuries which in the accomplishment of my designs I had been compelled to inflict were conspicuous. As in the presence of a miracle, the people were silent; awe and terror had stilled every tongue. I was myself greatly affected.

Some three years later, when the events herein related had nearly faded from my memory, I went to New York to assist in passing some counterfeit United States bonds. Carelessly looking into a furniture store one day, I saw the exact counterpart of that book-case. “I bought it for a trifle from a reformed inventor,” the dealer explained. “He said it was fireproof, the pores of the wood being filled with alum under hydraulic pressure and the glass made of asbestos. I don’t suppose it is really fireproof—you can have it at the price of an ordinary book-case.”

“No,” I said, “if you cannot warrant it fireproof I won’t take it”—and I bade him good morning.

I would not have had it at any price: it revived memories that were exceedingly disagreeable.

The Middle of Nowhere Somewhere 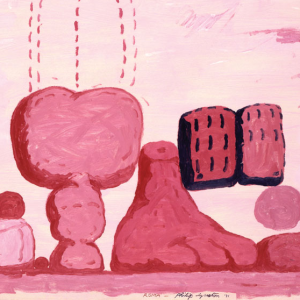 The Middle of Nowhere Somewhere One of our greatest living poets, Bernadette Mayer writes poems that convince with their freedom to swerve and digress, warp...
© LitHub
Back to top