Via Chronicle Books
By Jamise Harper and Jane Mount

The following bookstore profiles are from Bibliophile: Diverse Spines, by Jamise Harper and Jane Mount. 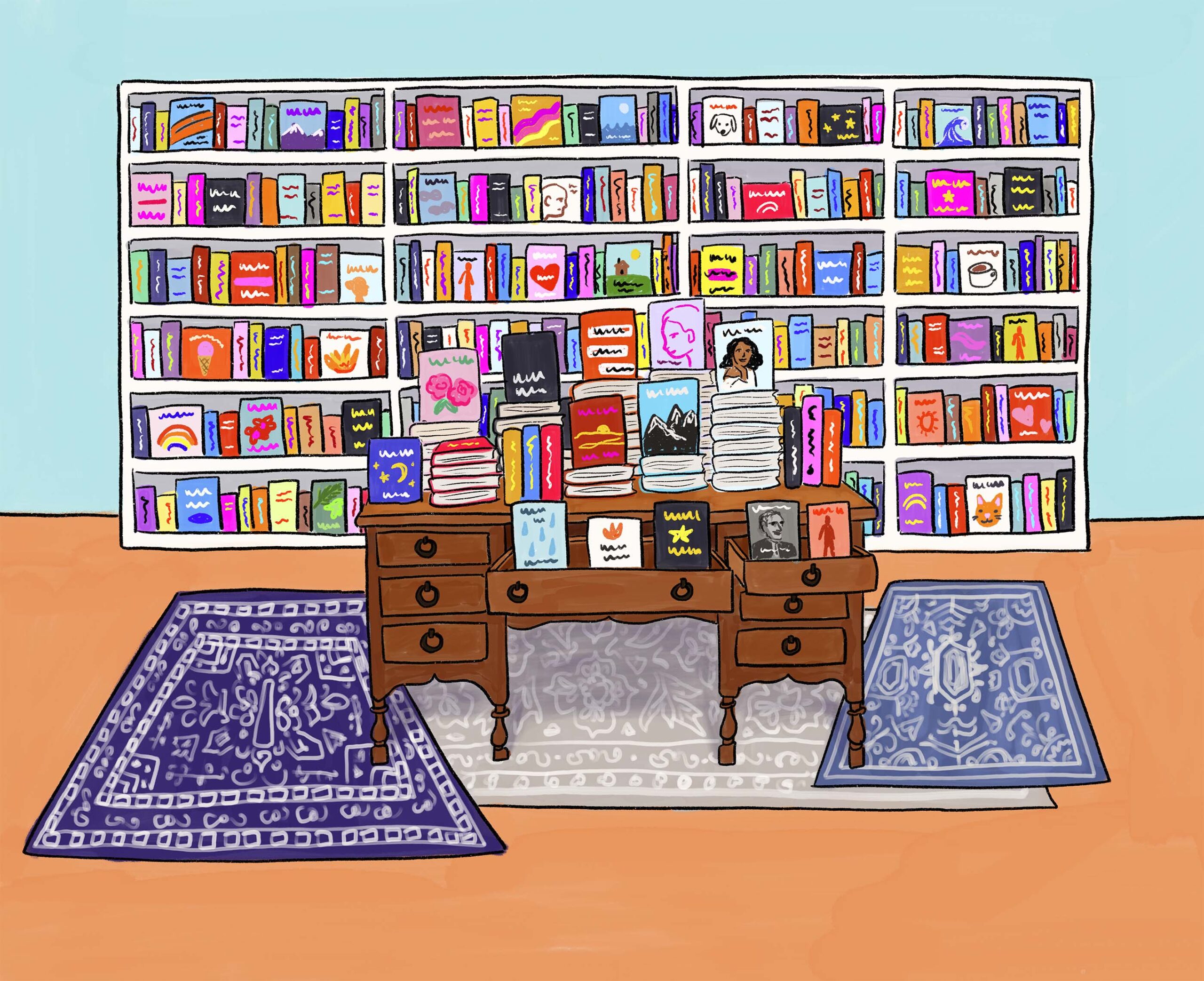 What began as a pop-up shop has since become one of the most treasured bookstores in the Washington, DC, area. Loyalty Bookstore, now with locations in downtown Silver Spring, Maryland, and in the Petworth neighborhood of Washington, DC, is owned by Hannah Oliver Depp, a Black and queer bookseller who has spent her career working to diversify the book industry in order for it to better serve the powerful communities of color and queerness. At Loyalty, they focus on centering traditionally marginalized voices by providing bookseller-curated books, gifts, and events to their intersectional community. 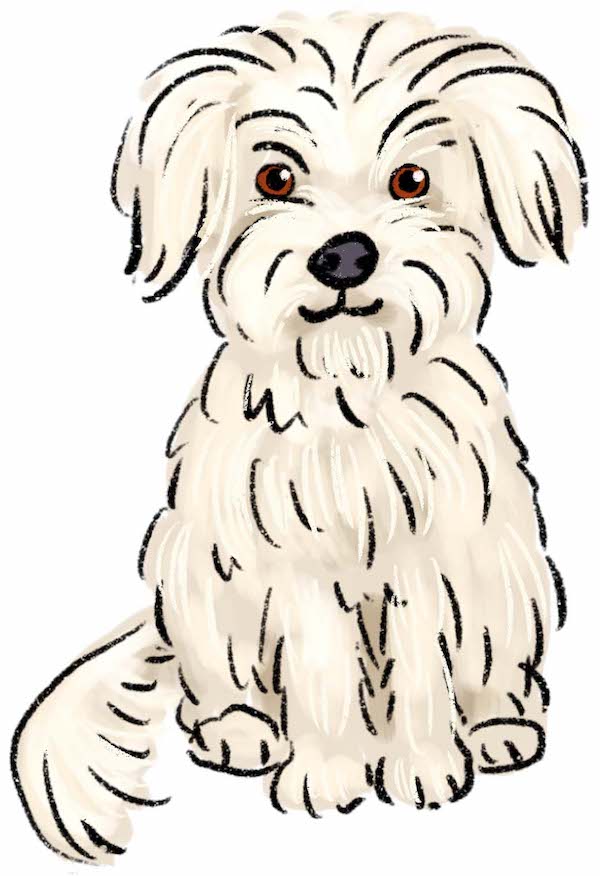 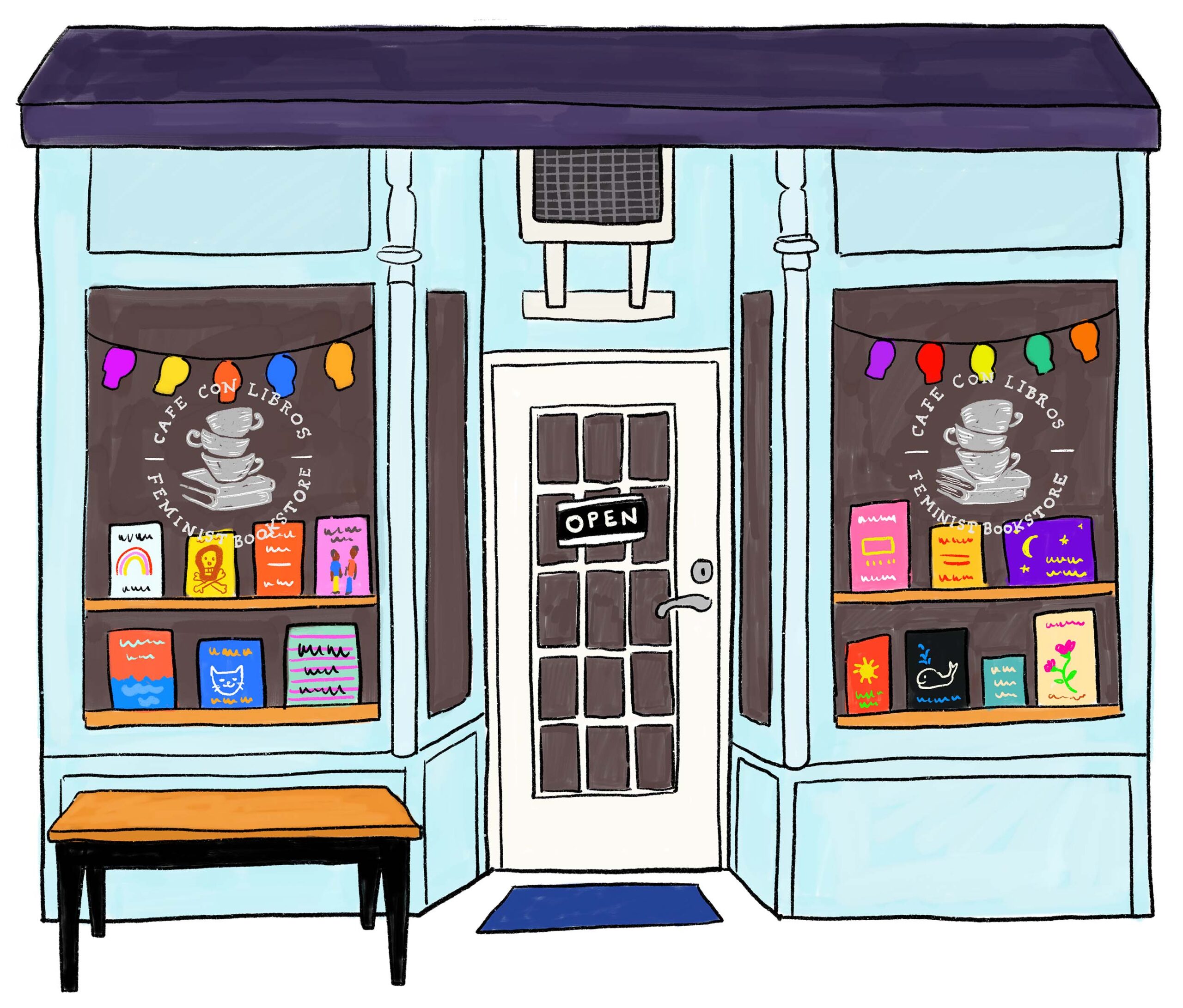 Cafe con Libros (coffee with books) is a feminist bookstore located in Crown Heights, Brooklyn. When store owner Kalima DeSuze opened it in 2017, she knew that she wanted a space that was explicitly feminist. Along with being able to enjoy a nice latte, customers can browse shelves filled with books written by womxn for womxn. The store also offers a monthly book subscription called “Feminist & Bookish,” intersectional feminist books by, for, and about womxn and girls, that is mailed directly to the reader’s home. DeSuze affirms that “the heart and soul of our industry is the spaces that we create in our communities—the spaces of learning, the spaces of action, community building, friendship building, and exchanging of ideas.” 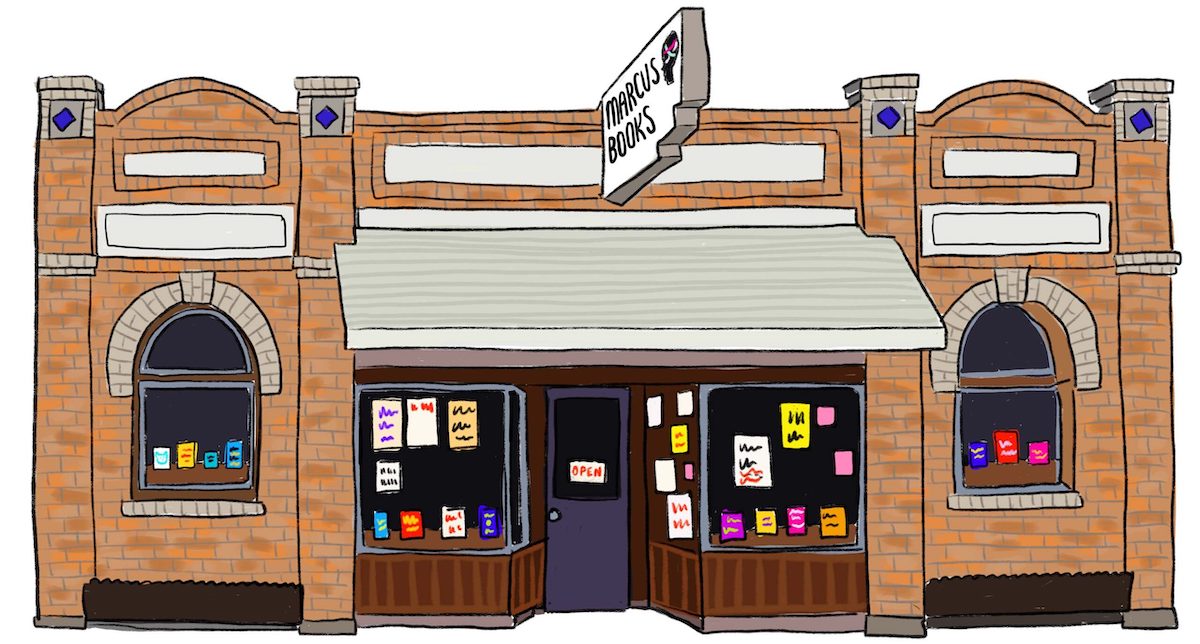 Marcus Books is the oldest independent Black bookstore in the country. The bookstore’s founders, Doctors Raye and Julian Richardson met while attending Tuskegee University, and in 1960, they founded Marcus Books (named after political activist and author Marcus Garvey). For the past 60 years, the bookstore has become a literary and cultural hallmark serving the Black community in the Bay Area with books by and about African Americans. They have hosted iconic authors including Toni Morrison, Rosa Parks, Muhammad Ali, Maya Angelou, Walter Mosley, Angela Davis, and Nikki Giovanni; and Malcom X was one of the shop’s customers. Today the store is owned and operated by the founders’ children, Blanche Richardson, Billy Richardson, and Karen Johnson. 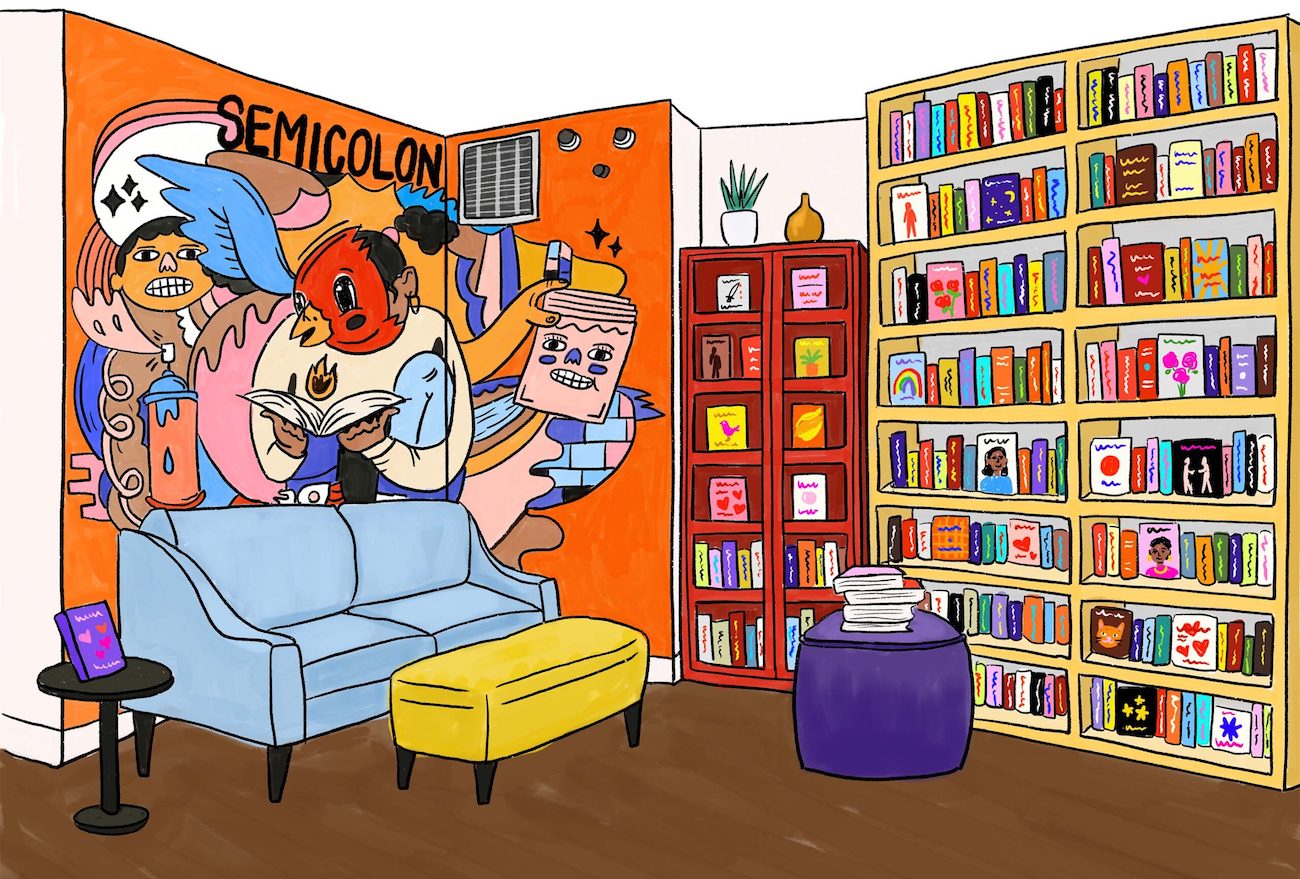 After putting her dream of opening a luxurious membership club, library, and coworking space on hold, Danielle Mullen stumbled across vacant retail space while taking a leisurely walk. With no idea what she would use the space for, she began to fill the location with the things that she loved. This space would become what is now known as Semicolon Bookstore, the sole Black female–owned bookstore in Chicago. The bookstore-gallery was created to be comfortable and inviting, filled with books and art. Mullen holds a PhD in literary theory and has experience writing exhibition copy for art museums. When asked why the name “Semicolon,” she said, “I love the idea of a sentence’s ability to continue forward whenever the author so chooses. It’s so applicable to other aspects of life, which is what I thought made it perfect for the space I was creating.”

The mural is by Sentrock! 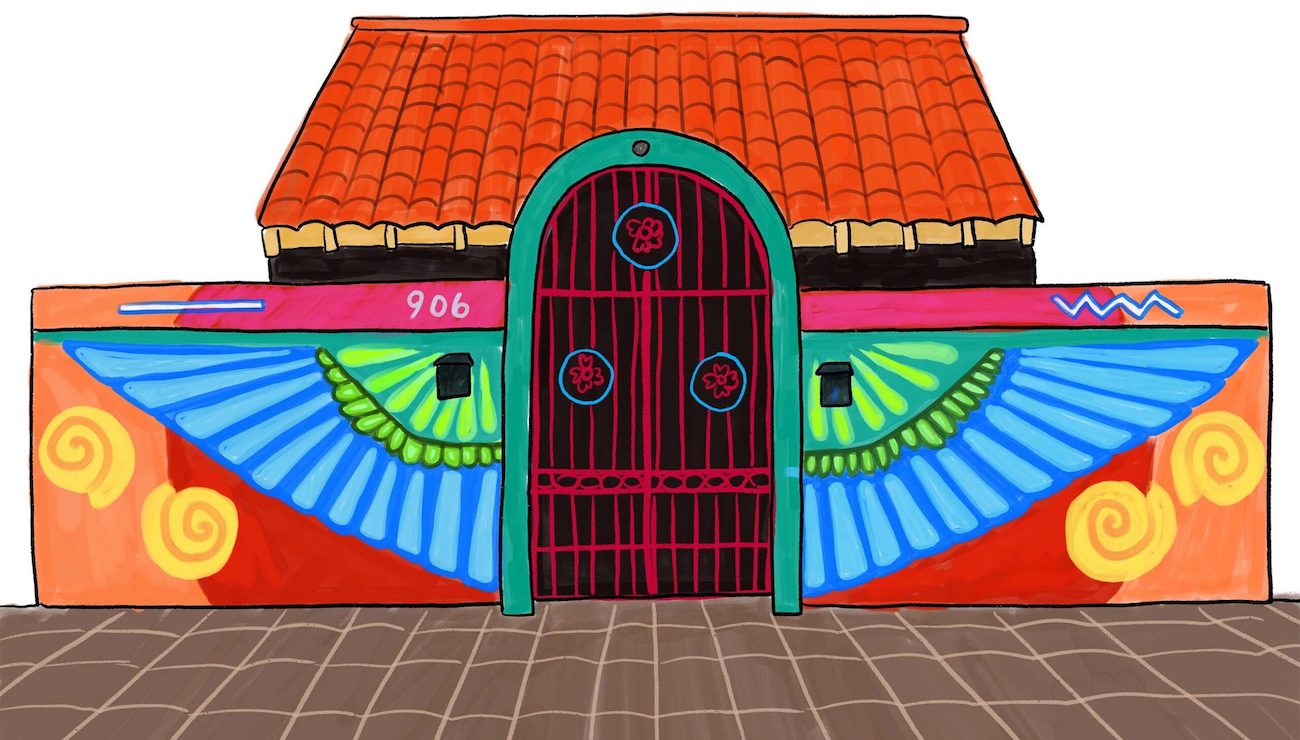 Palabras Bilingual Bookstore, founded by Rosaura “Chawa” Magaña, is the only bilingual bookstore in Arizona. Magaña originally opened Palabras as an event space in 2015. By 2016, she had acquired enough books to officially launch the bookstore. Palabras promotes cultural representation, equity, and liberation through community engagement involving literature, language, and the arts. Palabras offers the Phoenix community books in Spanish and English, as well as zines, artisan wares, clothing, and works by local artists. Magaña believes in fostering an environment for intercultural community exchange, providing the community with opportunities to share literary, visual, and musical art through workshops and events. 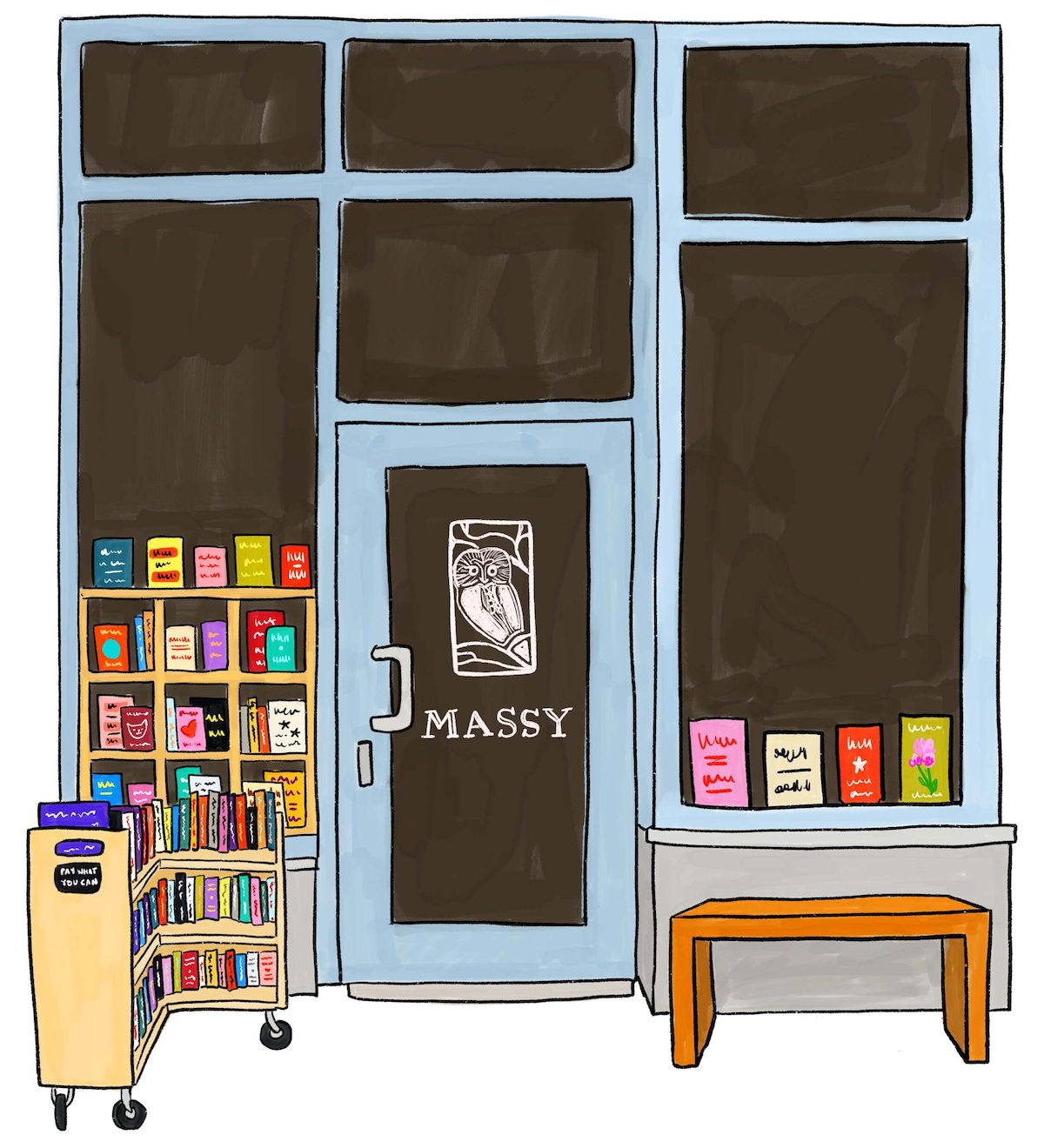 Massy Books is a champion of Indigenous authors and diversity. The store is 100% Indigenous owned and operated and a member of the Stó:lō Business Association. Owner Patricia Massy, who is Cree and English, comes from seven generations of booksellers, including Stephen Massey, founder of Christie’s Auction House book department in New York. The 1,500-square-foot two-story space houses floor-to-ceiling shelves of science fiction, paperbacks, vintage comics, literary fiction, and a rare book collection. You can also find shelves dedicated to books by and about First Nations and Indigenous people. While browsing for books, don’t forget to visit the 400-square-foot art gallery showcasing emerging artists in the community. 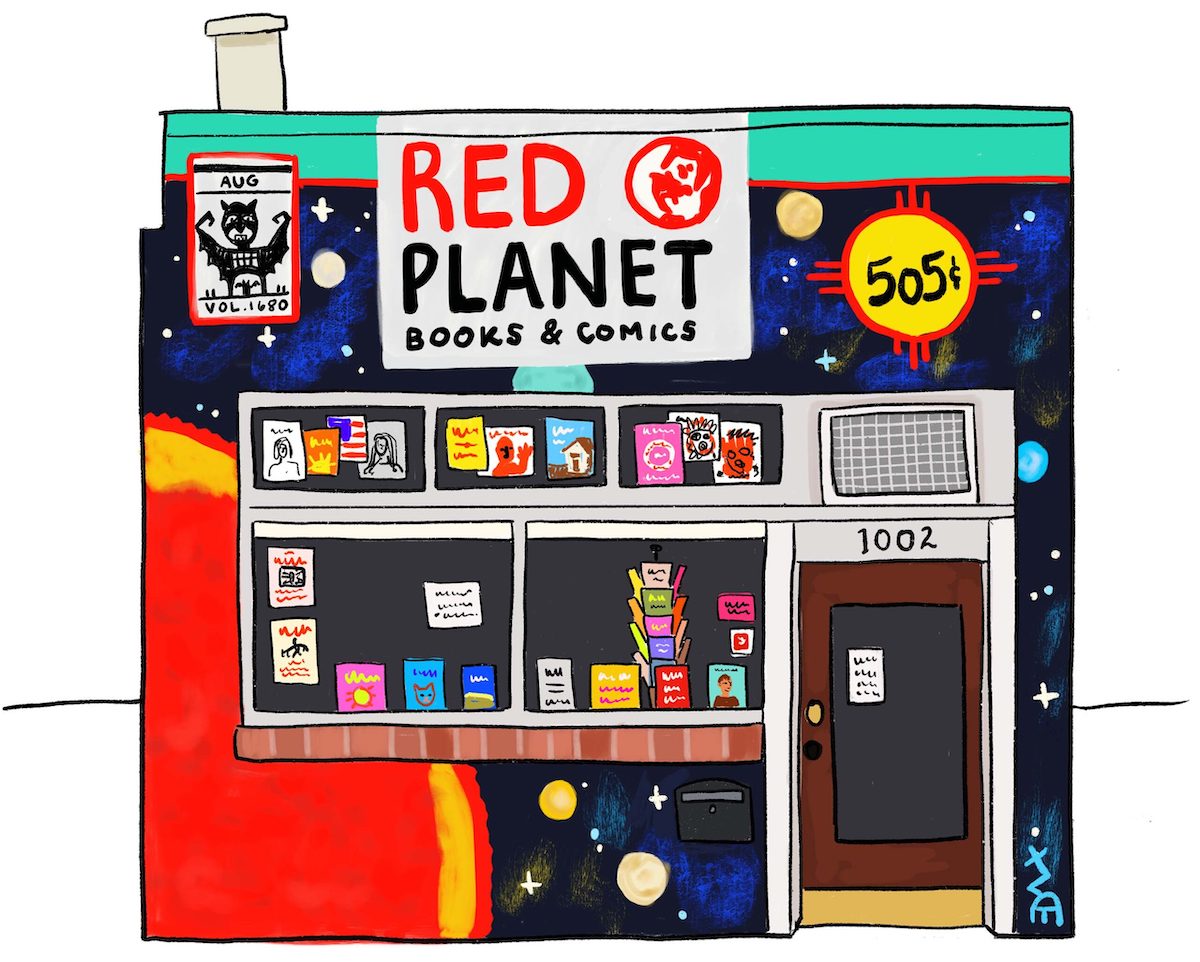 Lee Francis IV, a member of the Laguna Pueblo, opened Red Planet in 2017 after he founded and hosted a successful Indigenous Comic Con in Albuquerque in 2016. Red Planet Comics, an independent publisher of Native comics, is the only Native comic-book shop in the world. “We don’t carry anything in the shop that represents Native folks in a negative way,” says Francis. He also helped find up-and-coming artists to join Marvel Comics when they assembled Native artists and writers for Marvel Voices: Indigenous Voices #1, an anthology that revisited some of its Native characters. 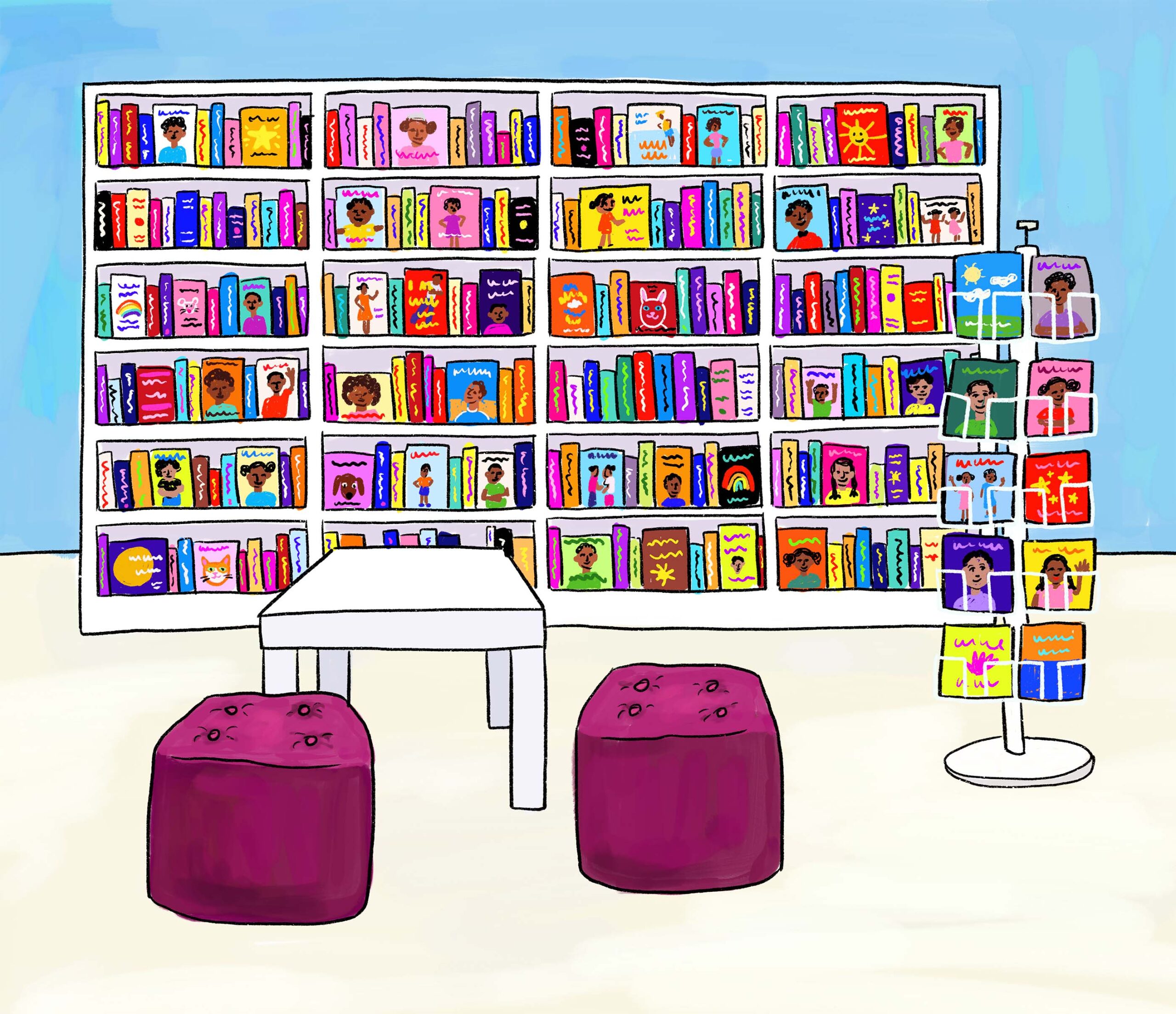 When Pamela and Jeffrey Blair, owners and founders of EyeSeeMe Bookstore, began homeschooling their children in grade school, they noticed a void in the curriculum—a lack of books about African American history, heroes, and accomplishments. After extensive research, they opened EyeSeeMe in 2015 in order to help bridge the cultural divide, so that African American children could benefit from exposure to literature that respectfully mirrors themselves, their culture, and their families. The Blairs believe “children need to have Black role models and need to have a sense of history in order to understand who they are and build their self-esteem. When children see the many contributions that people that look like them have accomplished and have contributed to the world, they begin to believe in their own limitless potential.” EyeSeeMe is the only children’s bookstore devoted exclusively to promoting positive African American images and African American history while advocating for academic excellence. During the school year, the store hosts book fairs, making sure that all children have a healthy perspective about the contributions of African Americans. 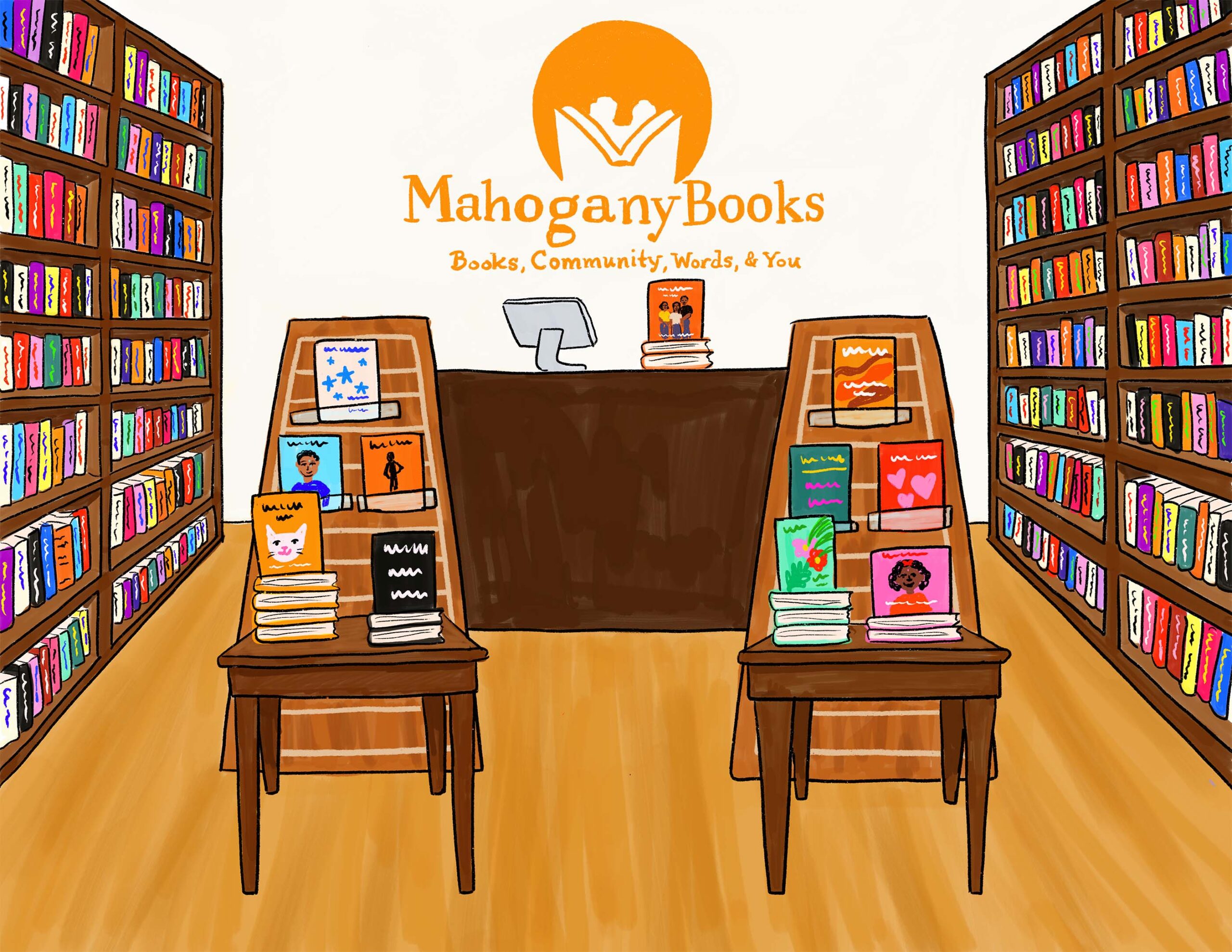 MahoganyBooks was founded in 2007 by Derrick and Ramunda Young. This husband-and-wife duo is passionate about culture, community, and connection. Initially they operated solely online, making sure Black books were accessible and available to anyone wanting to read about Black culture. In 2017, they opened their first physical location in Anacostia, a historic neighborhood in Washington, DC, which had been without a bookstore for more than 20 years. Ramunda Young shares, “People come in here and say, ‘Wow, I’ve been looking for books with my kids’ faces on it’ and to know that we can provide that . . . this helps with kids’ self-esteem, identity, self-love.” Operating in an area where 20% of middle schoolers read at their grade level, the Youngs also service local children through their give-back program, Books for the Block.

The bookstore is named after the Youngs’ daughter, a 16-year-old entrepreneur who launched a handmade, eco-friendly candle company, the Green Things (@thegreen.things) in 2020. 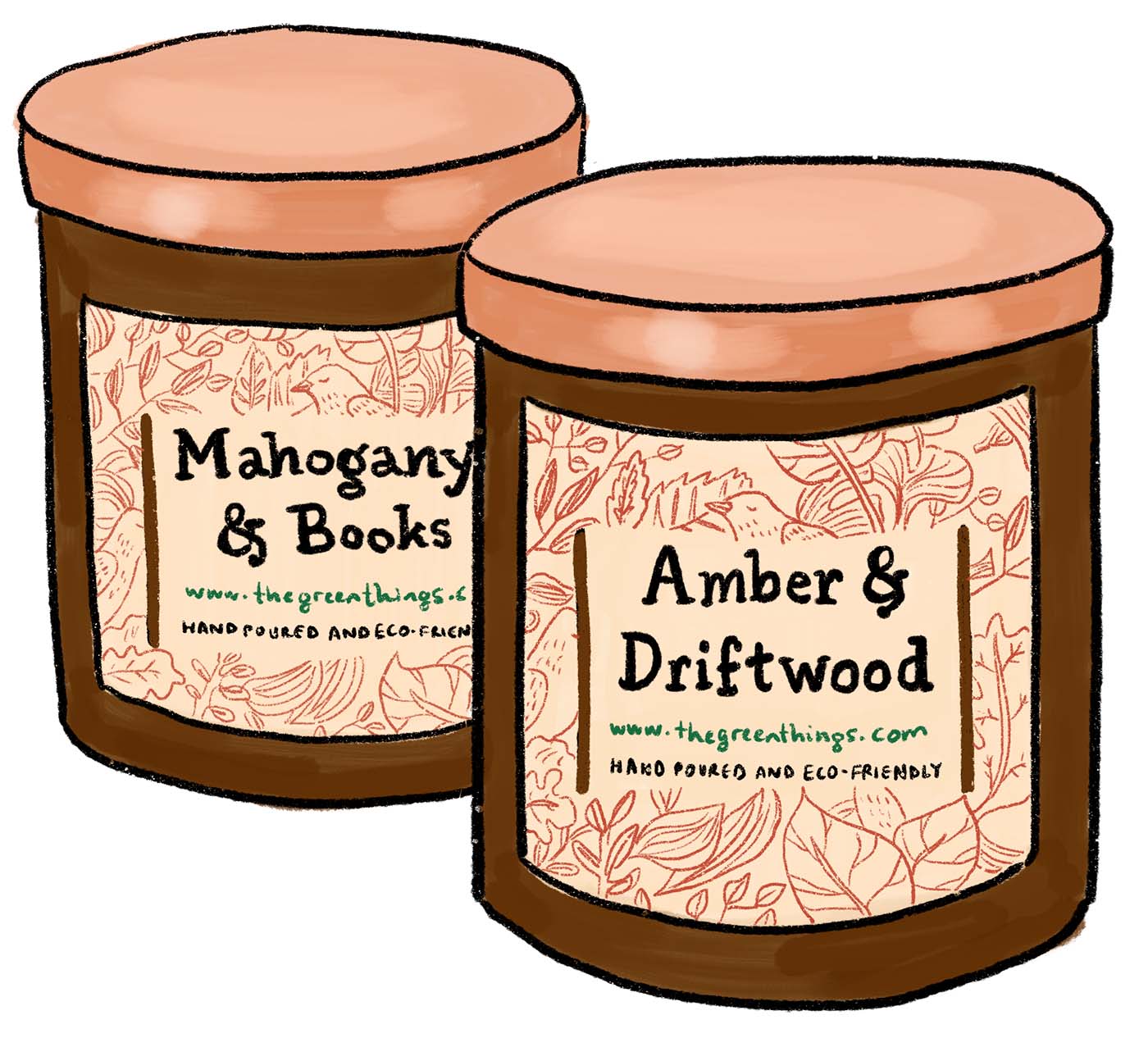 I was present at the virtual book club meeting for A Promised Land, when author President Barack Obama surprised the group and joined the conversation. 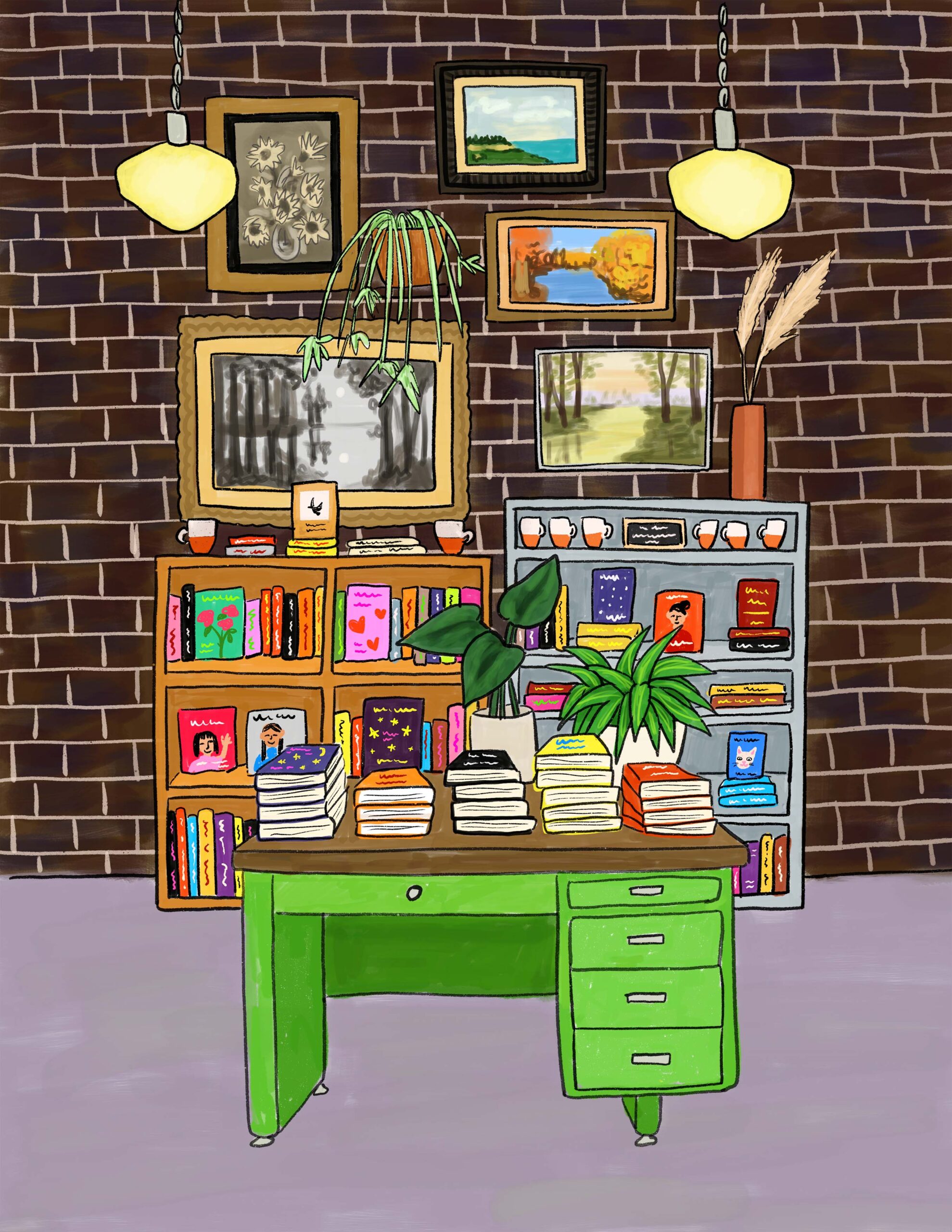 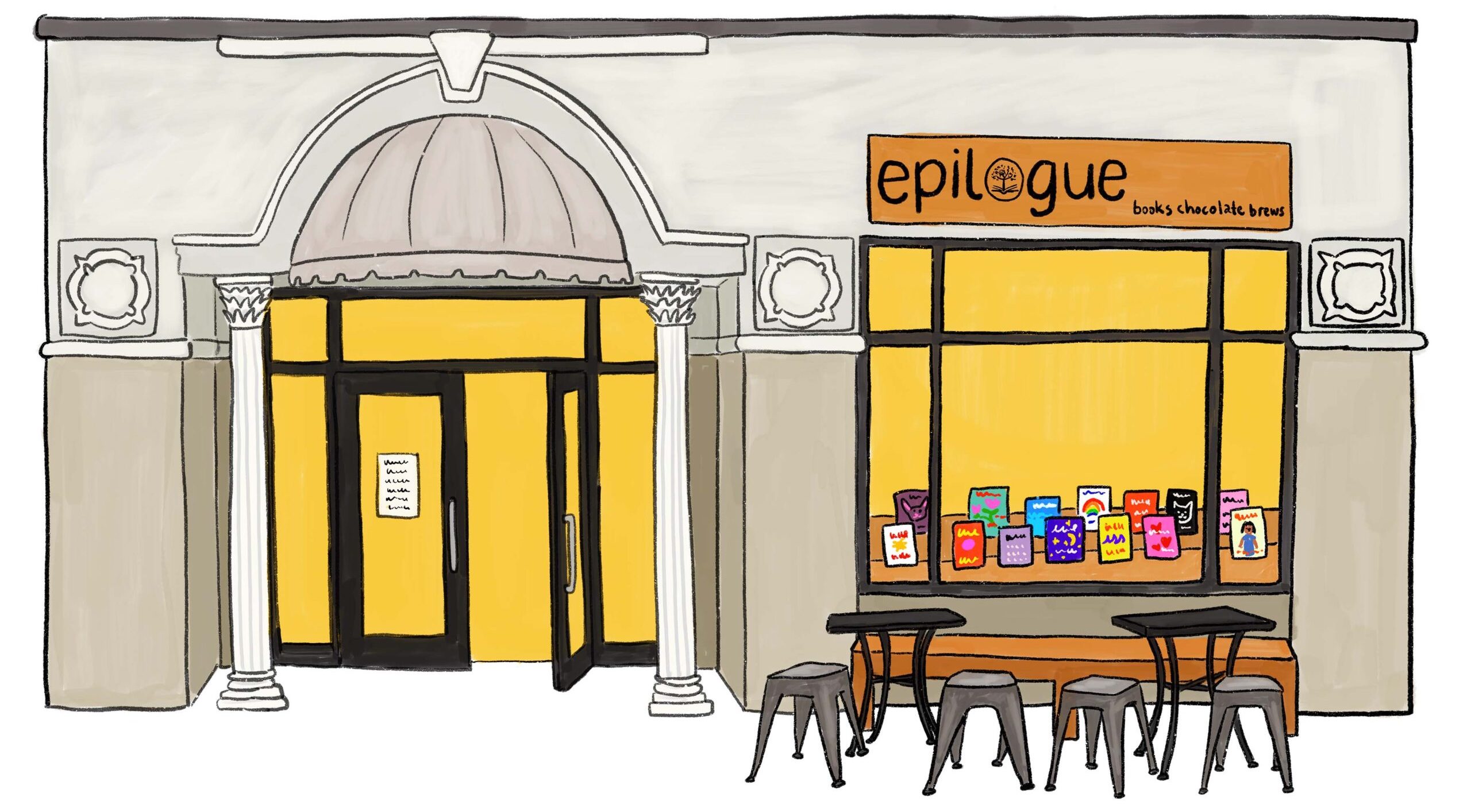 Epilogue was founded in 2019 by husband-and-wife team Jaime and Miranda Sanchez, who met each other while working in retail. During a visit, you can browse an extensive book selection while enjoying coffee, churros, decadent chocolates, and besos, a sweet Mexican bread. The Sanchezes foster an atmosphere of inclusivity, and Jaime states that “we want to make sure stories told by women, minorities, [and] LGBTQ+ authors are the ones we amplify.” 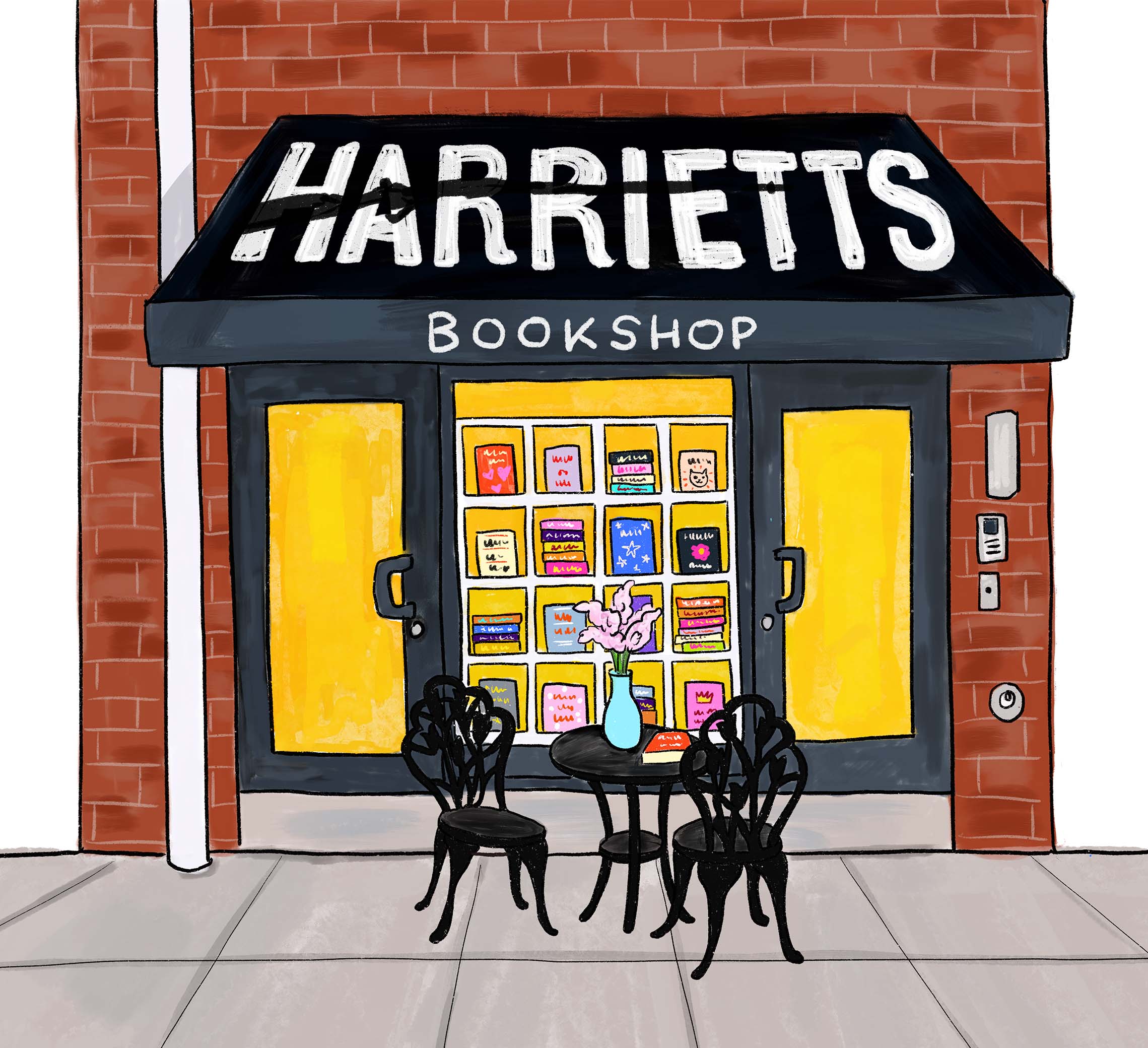 Named for historical heroine Harriet Tubman, Harriett’s Bookshop highlights women authors, women artists, and women activists. In 2020, Jeannine Cook opened Harriett’s Bookshop in Philadelphia’s Fishtown neighborhood, a majority white neighborhood with a history of high racial tension. Cook opened the space “for folks to come together, discuss ideas, and debate in a healthy way.” Harriett’s hosts writers’ groups, small concerts, and group discussions on community-building. Cook, a former educator, says, “If people want to educate themselves, then I want to fill that gap, making sure they get that information. There’s no greater joy in my life.”

On many occasions you can find Cook and her team passing out free books outside the shop on Girard Avenue and in other places around the city.

Owners Scott Abel and Jake Cumsky-Whitlock opened this beloved neighborhood bookstore in 2017. Located in the bustling and historic H Street Corridor, they curate a diverse selection of fiction and nonfiction titles as well as an extensive children’s and young adult selection. This vital social hub also features a coffee bar offering pastries, wine, and beer. 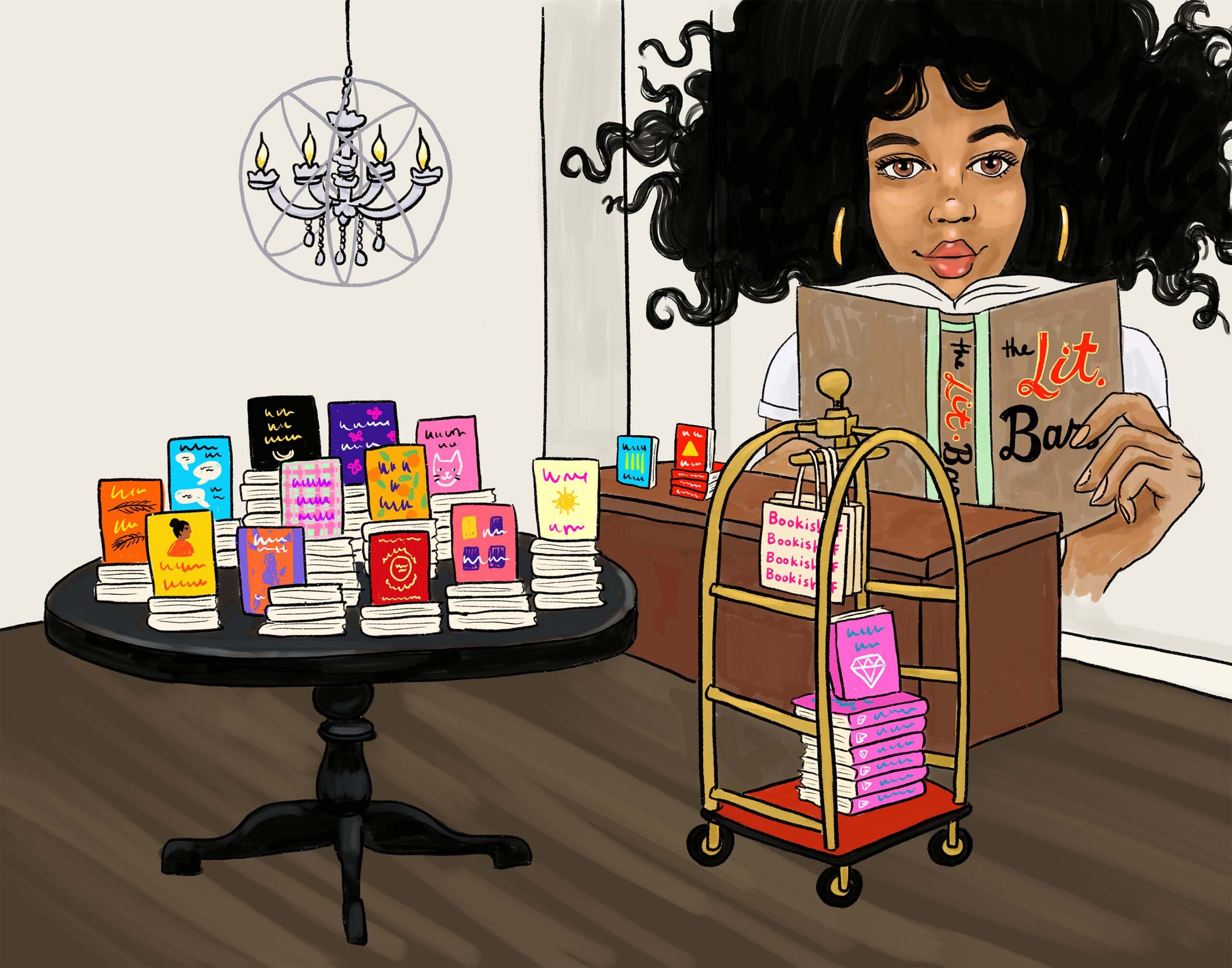 When Noëlle Santos, a former human resources director, learned that the only bookstore in the Bronx was closing, she took action. Her petition to save the bookstore failed, but that did not deter her. Born and raised in the Bronx, Santos set her wheels in motion to make her dream of opening a bookstore and wine bar come to fruition. With the tagline “bookstore and chill,” Santos’s dreams came true on April 27, 2019, Independent Bookstore Day, when the Lit. Bar opened. The venue encourages curious readers and welcomes literary and community gatherings—while the wine bar connects the great pastimes of social sipping and introverted reading. Upon entering the space, guests take in the stunning views featuring a crystal chandelier and a mural of a Black girl reading. The Lit. Bar is the only indie bookstore in the borough, which is home to 1.5 million residents. 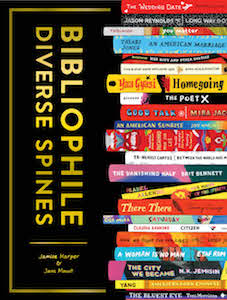 Jamise Harper is an avid reader, wine enthusiast, influencer, and champion for amplifying marginalized voices. A passion for reading diverse books led her to create the #diversespines hashtag and Diverse Spines book community on social media, which highlights literature by Black women and women of color. She is the co-author (with Jane Mount) of Bibliophile: Diverse Spines, and creator of Spines & Vines, a blog dedicated to book and wine pairings. Jamise is a member of Delta Sigma Theta Sorority, Incorporated, and lives in the Washington, DC metro area. Jane Mount is an illustrator/designer/writer/thingmaker, and particularly makes things for people who love books. She is the creator of Ideal Bookshelf, the author and illustrator of Bibliophile: An Illustrated Miscellany (Chronicle Books, 2018), the illustrator and co-author (with Jamise Harper) of Bibliophile: Diverse Spines (Chronicle Books, 2021) and the illustrator and co-author of My Ideal Bookshelf (Little, Brown, 2012). She lives in a log cabin on Maui with her husband, three weird cats, and a speckled dog. 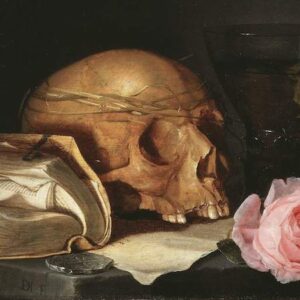 Rebecca Solnit on the Myriad Meanings of the Rose Roses mean everything, which skates close to meaning nothing. They’ve been used to make larger points, from the medieval...
© LitHub
Back to top
Loading Comments...