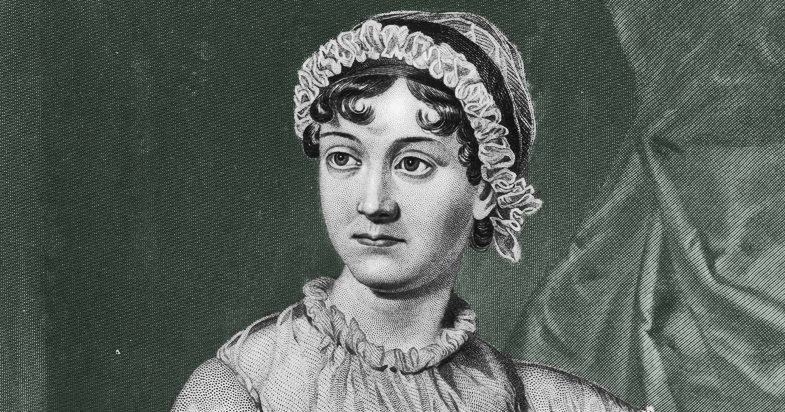 "The beautifull Cassandra," a novel in twelve chapters

The beautifull Cassandra
a novel in twelve Chapters
dedicated by permission to Miss Austen.

You are a Phoenix. Your taste is refined, your Sentiments are noble, and your Virtues innumerable. Your Person is lovely, your Figure, elegant, and your Form, magestic. Your Manners are polished, your Conversation is rational and your appearance singular. If therefore the following Tale will afford one moment’s amusement to you, every wish will be gratified of

your most obedient
humble Servant
The Author

The beautifull Cassandra
a novel in twelve Chapters

Cassandra was the Daughter and the only Daughter of a celebrated Millener in Bond Street. Her father was of noble Birth, being the near relation of the Dutchess of ——’s Butler.

When Cassandra had attained her 16th year, she was lovely and amiable and chancing to fall in love with an elegant Bonnet, her Mother had just compleated bespoke by the Countess of —— she placed it on her gentle Head and walked from her Mother’s shop to make her Fortune.

The first person she met, was the Viscount of —— a young Man, no less celebrated for his Accomplishments and Virtues, than for his Elegance and Beauty. She curtseyed and walked on.

She then proceeded to a Pastry-cooks where she devoured six ices, refused to pay for them, knocked down the Pastry Cook and walked away.

She next ascended a Hackney Coach and ordered it to Hampstead, where she was no sooner arrived than she ordered the Coachman to turn round and drive her back again.

Being returned to the same spot of the same Street she had sate out from, the Coachman demanded his Pay.

She searched her pockets over again and again; but every search was unsuccessfull. No money could she find. The man grew peremptory. She placed her bonnet on his head and ran away.

Thro’ many a street she then proceeded and met in none the least Adventure till on turning a Corner of Bloomsbury Square, she met Maria.

Cassandra started and Maria seemed surprised; they trembled, blushed, turned pale and passed each other in a mutual silence.

Cassandra was next accosted by her freind the Widow, who squeezing out her little Head thro’ her less window, asked her how she did? Cassandra curtseyed and went on.

A quarter of a mile brought her to her paternal roof in Bond Street from which she had now been absent nearly 7 hours.

She entered it and was pressed to her Mother’s bosom by that worthy woman. Cassandra smiled and whispered to herself ‘This is a day well spent.’

An excerpt every day, brought to you by Literary Hub.
Share: 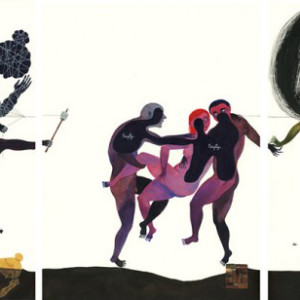 Do Artists Still Find Inspiration in Literature? Opening night at Volta art fair on Pier 90 in New York City. A long tour across the 1,000-foot long terminal to visit...
© LitHub
Back to top