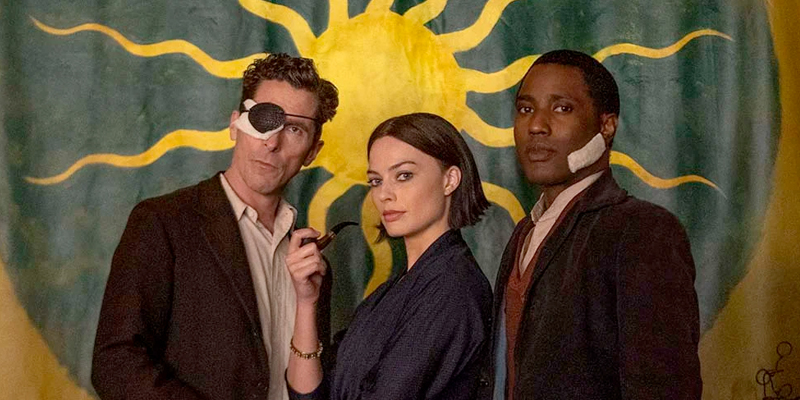 Amsterdam is an Overstuffed, Inchoate Whodunnit

Olivia Rutigliano on David O. Russell's New Film, “a Clown Car of Talent on the Road to Nowhere”

It is a widely circulating question in our current cultural moment: what to do when great art is created by terrible people? However, we do not need to broach this issue in the case of Amsterdam, the new film from David O. Russell, because it is not great art at all. Amsterdam is boring and pointless, so obvious and cumbersome and vapid that it would not be worth your time even if Russell had not previously revealed himself to be a bad man. Russell admitted to molesting his 19-year-old transgender niece in 2015, afterwards attempting to defend himself by saying she was acting seductively towards him. I’m not trying to be glib about his crime by packaging it briefly at the start of a movie review. All I’m saying is: look, it’s my job to see this movie. For any number of reasons, you do not need to make it yours.

The story is about a man named Burt Berendsen, M.D. (Christian Bale) and his longtime friend Howard Woodman (John David Washington), a Columbia-educated lawyer. Their friendship starts in 1917 or so, during the war. But the film starts in 1933, when Howard needs Burt to perform an autopsy of their old army captain and a current senator, Bill Meekins (Ed Begley Jr.), at the request of his daughter (Taylor Swift), who suspects foul play.

Burt hates performing autopsies—he is more interested in making prosthetics and researching alternative painkillers to help disabled army veterans—but he’ll make an exception for the commander who insisted on leading his troops with honor, respect, and humanity. With help from Irma St. Clair (Zoe Saldaña), a talented nurse at the morgue, and after witnessing a strange incident, Burt and Harold realize that something suspicious is afoot and decide to investigate.

There is a third player in Burt and Harold’s detective squad: Valerie (Margot Robbie), their other best friend from the war, whom they meet for the first time at a battlefield hospital after both are injured. Burt has lost his eye and Howard has been scarred, and they are comforted by Valerie, a fiery, pipe-smoking, French-speaking American who likes to make art out of shrapnel she pulls out of people’s bodies. The three bond over a mutual lust for life and, when the war ends, they all move to a big warehouse in Amsterdam, where they live a bohemian life for a while until Burt goes back to America to help veterans, and Valerie enigmatically disappears.

As fate would have it, she resurfaces during Burt and Howard’s investigation into the death of Bill Meekins—but she is different than they remember. She is a prisoner in her wealthy family’s big house, apparently suffering from many mysterious ailments for which she is heavily medicated. It’s not difficult to see that there is something creepy going on with her family—namely, her brother Tom (Rami Malek) and sister-in-law Libby (Anya Taylor-Joy). All the more reason for Valerie to join the investigation.

If this seems like a lot of stuff, remember that this is only the set-up to the mystery. Indeed, even though Amsterdam offers the kind of inciting incident that promises a tight, traditional detective story, the film sprawls endlessly, juggling multiple plots and multiple narrators, and ultimately barrels towards a conclusion about wide-scale international corruption and conspiracy. The film is based on a real event—the assassination of a US senator in 1933 and its connection to the rise of fascism in America—but this fruitful nonfiction morsel becomes buried in a cavalcade of redundant and supercilious plotting.

Amsterdam is as much of a disaster in terms of craft as it is in terms of conscience, a two-hour circus of talent reduced to a hollow string of interludes, all for the lack of a suitable ringmaster

As a period piece, the film is also curiously overdone. Almost everyone says their lines stiffly and slowly, overemphasizing each syllable in an old-timey way—which suggests a flaw with direction more than individual performance. The only characters who break this cadence are Chris Rock (doing his typical shtick), Mike Myers (being a British fop), and Bale himself, who squeaks a great deal of emotion into his character’s gravelly voice. The cinematography is similarly affected and imbalanced in its attempts to make a film that “looks” old—occasionally it pops with vibrant contrast, but mostly the film is stained the color of rusty faucet water. If the movie weren’t shot with digital cameras, I’d say it looks like someone spilled coffee on the film stock and decided to make it work.

Narratively, the film is both very convoluted and extremely obvious—two things a whodunnit ought not be—and it runs along without a thesis (that is, a thesis besides its loud protestations that “love can fix everything” and that “art should never be criticized”) until the very end. The film’s ultimate point manifests when a retired war hero played by Robert De Niro yells about the evils of fascism and the ways in which American capitalism encourages fascism (a fist-pumping moment in the film for sure), but it is almost lost in a sea of period schlock. There’s also a romance, between Robbie and Washington’s characters, but it lacks sparks, despite attempts made through lots of low murmuring and longing crosscuts.

Amsterdam, a clown car of talent on the road to nowhere, does some interesting signposting about its opinions of itself. I am always fascinated when a film casually includes its own defense against a potentially negative critical response. Like one of those small dogs in the anti-coyote suits with the spikes all over them, the film prowls around, with characters aggressively reminding others that art is subjective. Also, all the characters who don’t “get” or like the art that its protagonists make are fascists. So, there you have it.

Amsterdam excels at over-simplification, which is maybe inevitable given how much it crams in. Duly, it doesn’t seem to literally understand the heavy topics it undertakes (even more so than in Silver Linings Playbook, where dancing and falling in love might cure mental illness). The film is loudly anti-eugenicist but doesn’t manage to bring a humane or empathetic touch to this issue. It’s obsessed with bodies and body parts—during World War I, there is a short, garish interlude with Grand Guignol-level bloodiness that quickly segues into several comic scenes and introduces a major plot point. Boom, the war is over, having provided little else than a setting.

The rest of the film features many, many scarred veterans having their disfigurements and injuries boiled down to comic interludes or turned into litmus tests for characters to reveal their kindness or evilness. Russell also uses real-life body-horrors to raise the stakes of his plot, without engaging with their implications at all; characters’ discovery of a forced-sterilization clinic is a quick, almost-throwaway plot escalation. (Also, Robbie’s character tells some fascists that this ideology is a “waste of their imaginations”—a throwaway line I will spend the rest of my life thinking about, stupefied by its reductiveness.) In attempting to boldly stare down historical horrors, Russell does not seem to realize when he is merely rubbernecking.

Amsterdam is not a sympathetic film (its first on-screen murder is a feat of shock-comedy), and it chases gravitas and lightheartedness in equal measure, almost at the same time, making for an experience that feels inchoate and irreverent in tone. Indeed, Amsterdam is as much of a disaster in terms of craft as it is in terms of conscience, a two-hour circus of talent reduced to a hollow string of interludes, all for the lack of a suitable ringmaster—lots of showmanship without much of anything to show. 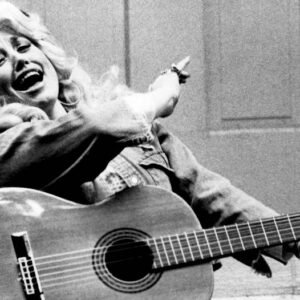