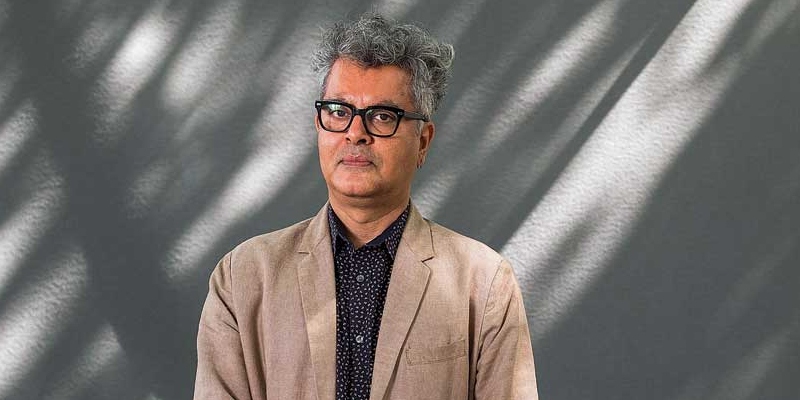 Amitava Kumar on Writing Fiction in a World of Fake News

This week on The Maris Review, Amitava Kumar joins Maris Kreizman to discuss his new book, A Time Outside This Time, out now from Knopf.

*
On writing fiction while surrounded by fake news:

Amitava Kumar: The idea of how the world comes into your mundane life, how to find an imprint of that on the page, I think that’s what novels are doing these days. My novel is an investigation into that feeling when the pandemic comes rushing in. Why write fiction when you’re surrounded by the fiction of fake news? In the process of writing the book I was struggling with this question, and I’m not sure I really have an answer for it. But I was trying to say, for example, one horror would be succeeded by another horror so quickly that I would forget what had happened on Tuesday. So I thought okay, why don’t I make my novel a record of what’s happening.

*
On why skepticism is necessary for fiction:

Maris Kriezman: Satya is both a journalist and a fiction writer.

Amitava Kumar: My interest in Satya was a projection of my own affinities for less than generalizable truths. For truths that are more particular and more individual, often contradictory and complex. Not ones that give in to the delusion of false ideologies or the neat storytelling of science, where there’s a very clear line. “If you do this, this happens.” In the world of fiction, there should be a much more enormous burden of skepticism. I wanted to have a whole strand of experiments running through the novel, providing a certain coherence about why we do what we do. And I was hoping to have this other strand running through, almost like a foil to it, of someone who as a journalist goes to a story he has covered and discovers whether it is true or not. He’s doing his own experiment, which is both an experiment and a storytelling enterprise.

*
On why literature is more important than ever:

Amitava Kumar: When the Right [co-opts the rhetoric of 1984], they are practicing bad faith. My appeal would be that in fiction, even if I’ve invented some things, it is not in bad faith. It is precisely in an effort to expose something and to defend something, to defend a very precarious notion of truth that is under attack. And therefore I actually am different from those folks. The protestations by those who say they are defending the truth is an exercise in bad faith, and it is against bad faith that we must produce literature.

Tolstoy Together: 85 Days of War and Peace by Yiyun Li · The Vixen by Francine Prose · The Burning Girl by Claire Messud · Bewilderment by Richard Powers

Amitava Kumar is a writer and journalist. He was born in Ara, India, and grew up in the nearby town of Patna, famous for its corruption, crushing poverty, and delicious mangoes. Kumar is the author of the novel Immigrant, Montana, as well as several other books of nonfiction and fiction. He lives in Poughkeepsie, New York, where he is Professor of English on the Helen D. Lockwood Chair at Vassar College. His latest novel is called A Time Outside This Time. 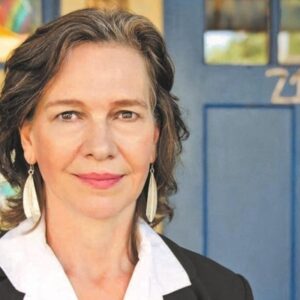 Louise Erdrich is the guest. Her new novel, The Sentence, is out now from Harper. Subscribe and download the episode, wherever...
© LitHub
Back to top