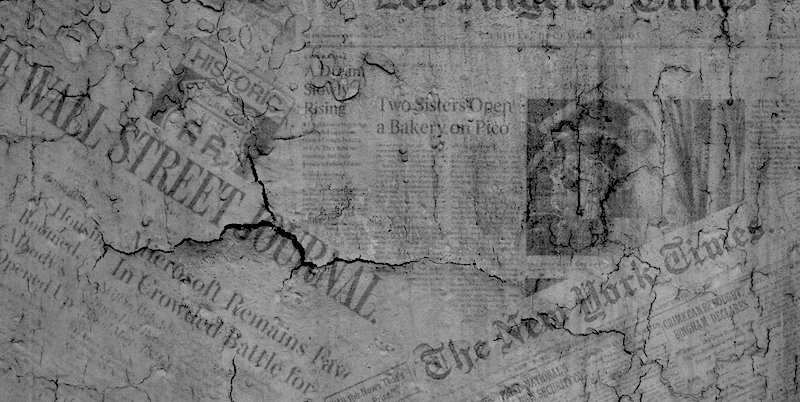 Amitava Kumar: How Can You Write Fiction That Fights Fake News?

“A novel often serves as a site of contention for different viewpoints.”

Just two months before Trump’s election, I was driving home to Poughkeepsie. The previous night, I had done a reading at a liberal arts college in upstate New York, but now I was in my car on highway 23, making notes for a piece whose first line was, “A lot of life is left in a man being killed.”

It was very early in the morning, not too long after dawn. I had left my room in the hotel and slowed down to look at a coyote standing in a barren field wreathed in mist. As I drove on the empty, winding highway, I had for some reason remembered that in a few days, it would be a year since the lynching of a Muslim man named Mohammad Akhlaque outside Delhi. His murderers had accused Akhlaque of eating beef.

During that drive, stopping on occasion to write more lines, I finished a piece called “A Man Is Being Killed.” It was published by a progressive Indian news website on the anniversary of Akhlaque’s death. But one atrocity led to others; there were fresh cases of lynching in different towns in India by zealous groups of men fired by the hateful rhetoric of Hindutva leaders in power in Delhi and elsewhere. Many of these murderous acts were enabled by the spread of rumors on WhatsApp.

The urgent question for me was how one writes fiction to fight the fiction that is fake news. My piece about Akhlaque now took a new form. I was still writing down in my notebooks what I read about rumors and lies, but to the piece about Akhlaque I added small sections about other killings and ended with the question: “What can you write that will make anyone reading you give a dying man a glass of water?”

While writing my novel, I kept telling myself that whatever I write should be an answer to the above question. My narrator’s wife is a behavioral psychologist; she has theories to explain why humans act in one way or another. I think my narrator’s search is for less generalizable, more individual truths. I have a terrible confession to make: I came to recognize that unless I recorded in a journal the dates and details of each killing, I would not be able to remember them distinctly. Each new memory appeared to dominate, and even sometimes overwhelm, earlier memories. Fake news has no memory, or if it does remember, it does so only selectively. My first task, therefore, was to turn my fiction into an apparatus for a particular kind of remembering: with the help of my journal, I wrestled with the idea of inserting the news—with as much fidelity as I could manage—into my narrative.

My novel’s narrator is a journalist, and he puts himself in situations where he must try to find out the truth about what really happened during events he had written about earlier. There is a sense he has that the state is a writer of bad fiction, and he wants to do better. So, in one incident after another, the story undergoes a revision—and maybe another. I felt this is a lesson that fiction could hold up to fake news: a refusal to accept the authorized or authoritative truth, and to keep the door open for ambiguity and skepticism.

Rather than cater to a single prejudice, a novel often serves as a site of contention for different viewpoints.

I had written a few chapters in this vein—stories of my experiments with truth—when the pandemic arrived. What became clear very early during the pandemic was that as important as finding the vaccine was the necessary task of finding the truth amidst the lies about the virus. The World Health Organization, taking note of the false and often malicious content being spread on social media sites, declared that the world was confronting an “infodemic.” Perhaps it made sense to now compile a list of the falsehoods pouring out from the mouths of our leaders?

(“Coronavirus Diary: Day 29.” Gouache on newsprint. When The New York Times started printing obituaries for those who had died from the coronavirus, I began painting on the newsprint. I told myself that I was slow-jamming the news. Slowing down my own consumption of the news and, or at least this was my hope, making the reader or the viewer a more engaged participant in the practice of receiving the news. For a variety of reasons, this particular painting didn’t make it into the novel. It might not have worked in black and white.)

My notebooks in which I daily recorded a revealing lie continued to grow in number. But the truth was that I was finding it difficult to write any fiction. In fact, I worked on a chapter called “The Velocity of News” in which I tried to work through the idea of offering both a record and an analysis of the work of the news and the novel. I had made, if memory serves, maybe fifty numbered entries. My editor, bless him, said that the chapter could stay but I would need to cut down the entries to an essential thirty. I was so relieved that I didn’t even ask him why thirty, why not thirty-two?

I would often paste cuttings from newspapers into my notebooks. Some of them were scandalous reports and, more rarely, there were amusing ones, as in the case of the mother who sent her son out during the lockdown in Ghaziabad to get groceries but he returned with a wife instead. What I liked the most, and this was the rarest of all, when a journalist was demonstrating the art of slow-jamming the news. 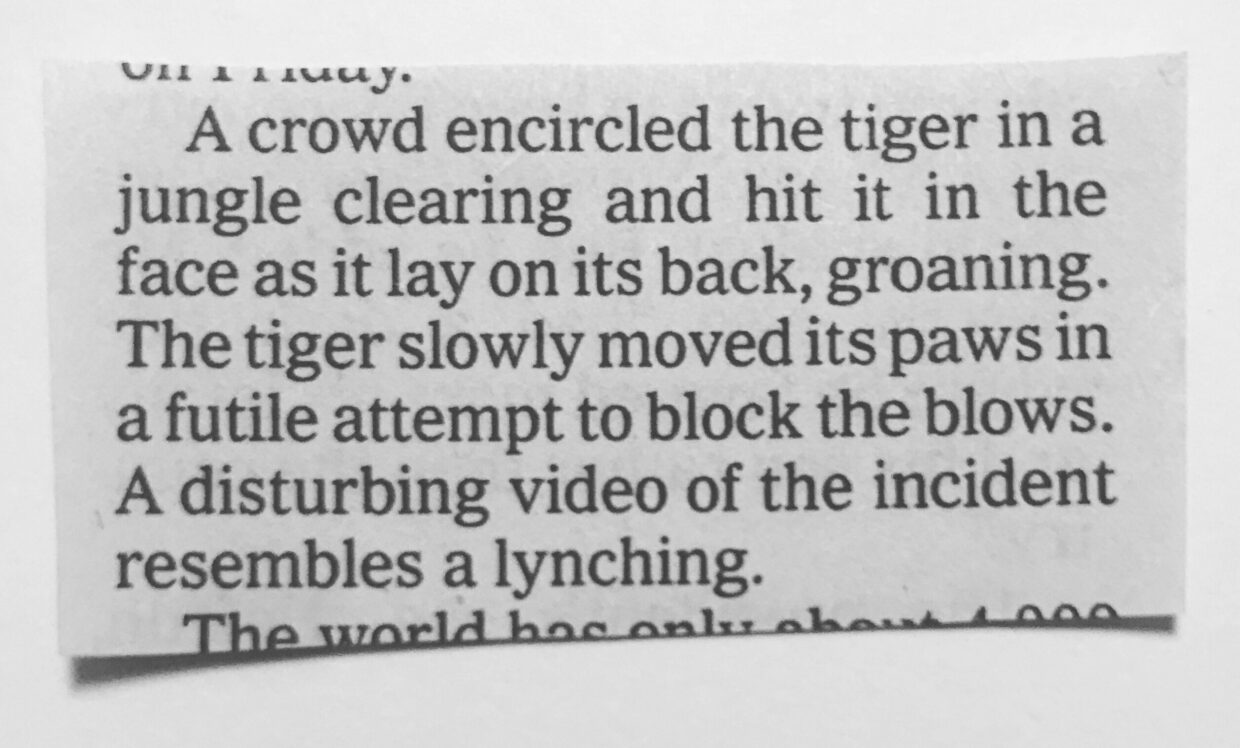 (I had cut out the above section from the New York Times in late July 2019. The report was about villagers in India killing a tiger with sticks. A detail made me pause. What made the story unusual, and even extraordinary, was that the reporter had made a connection between the animal’s killing and what was being done to human beings on India’s streets. This clipping, thank god, made it into the pages of the novel.)

My research in the matter of fake news had led me to a study done at MIT that revealed that while bots spread false news on social media, humans spread such news six times faster than the rate at which bots do. According to this study, bots disseminate all manner of news at the same rate; it is only humans that are partial to propagating fake news. This is a disturbing statistic. But isn’t a novel, then, the correct antidote? Rather than cater to a single prejudice, a novel often serves as a site of contention for different viewpoints. In contrast to what is circulated by bots or their human avatars, a novel demands patience and time.

A novel represents the kind of fiction that can’t be spread in an instant among hundreds of people as a WhatsApp forward. In trying to stitch together my story by using newspaper clippings, entries from my notebooks, even drawings, I tried to reveal to the reader the existing scaffolding that had made my storytelling possible. In fact, come to think of it, that is what I have been trying to do in this essay too, revealing all the art present in the artifice and vice versa. 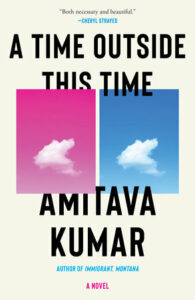 A Time Outside This Time by Amitava Kumar is available via Knopf.

Amitava Kumar is a writer and journalist. He was born in Ara, India, and grew up in the nearby town of Patna, famous for its corruption, crushing poverty, and delicious mangoes. Kumar is the author of the novel Immigrant, Montana, as well as several other books of nonfiction and fiction. In 2016, Kumar was awarded a Guggenheim Fellowship (General Nonfiction) as well as a Ford Fellowship in Literature from United States Artists. He lives in Poughkeepsie, in upstate New York, where he is Helen D. Lockwood Professor of English at Vassar College. 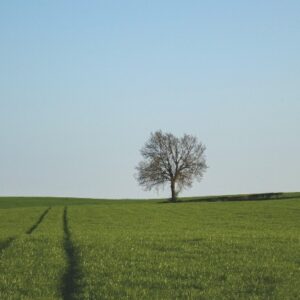