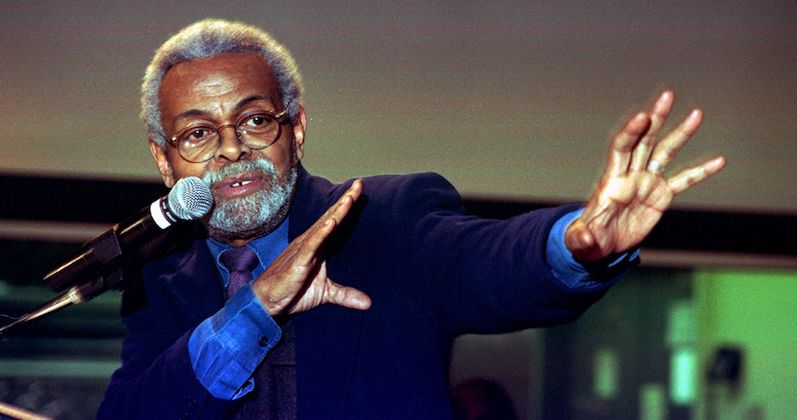 The expansive historical and geographical scope of Amiri Baraka’s 243-line poem “Somebody Blew Up America”—which ranges from biblical times to the Bush administration, from colonial America to the Belgian Congo—lends it the ambitious heft of a modern epic. In fact, I read “Somebody Blew Up America” as an extension, a sequel, to his book-length poem Wise, Why’s, Y’s (1995), which Baraka calls “an ongoing-offcoming Tale” of the tribe in the tradition of the African griots as well as the American modernists Melvin Tolson, William Carlos Williams, Langston Hughes, and Charles Olson.

While longer than a conventional lyric but much shorter than an epic-length poem, “Somebody Blew Up America” raises questions of what exactly constitutes a long poem. Is it a long poem? A mid-length poem? Why is T. S. Eliot’s The Waste Land, which weighs in at a lean 433 lines, often mentioned with Pound’s 800-page Cantos as an exemplary modernist long poem?

On the one hand, length per se as a sole criterion obscures the fact that the umbrella term “long poem” often refers to whatever isn’t a brief, self-contained lyric—whether it be an epic, georgic, narrative, sonnet sequence, loco-descriptive, or novel-in-verse. Thus the family resemblance between The Waste Land and the Cantos lies in issues of not length but technique (collage, literary allusion, what Eliot calls “mythical method”), genre (epic), and intended cultural use (as synoptic guidebooks of literary history and civilization).

On the other hand, length surely matters. The fact that “Somebody Blew Up America” gained national attention because of a handful of lines taken out of context attests to the reading and interpretive practices of the public in our information age of sensational headlines and sound bites.

Written in response to the 9/11 attacks, Baraka’s poem is an anti-epic—a text not about the formation of a nation, as Virgil’s Aeneid, but about the destruction of one; it is a scathing and sarcastic jeremiad that denounces the abuse of power against the oppressed, both domestic and abroad. Representative of Baraka’s so-called “Third World-Marxist” phase, “Somebody Blew Up America” contextualizes the 9/11 attacks within a longue durée of colonial and neocolonial violence in order to shock, in a combatively Maoist register, an already shocked nation from the amnesiac stupor of American exceptionalism.

Baraka’s poem, to quote Michael Rothberg’s Multidirectional Memory, “acknowledges how remembrance both cuts across and binds together diverse spatial, temporal, and cultural sites” and, more specifically, demonstrates “that post-9/11 policies in the United States echo older histories of imperial and fascist violence. In no uncertain terms, President George W. Bush stated to Congress on September 20th, 2001: “Either you are with us or you are with the terrorists.”

After the festival, the Anti-Defamation League (ADL) was notified by a local Jewish newspaper and charged Baraka’s poem as anti-Semitic.

Earlier in the speech, Bush draws on anaphora, one of the most conspicuous rhetorical tropes in “Somebody Blew Up America,” in order to speak for and ventriloquize the American populace: “Americans have known the casualties of war . . . Americans have known surprise attacks. . . . Americans have many questions tonight. Americans are asking, ‘Who attacked our country?’” In direct response to Bush’s falsely unifying address, “Somebody Blew Up America” challenges the hypocrisy of US nationalism with an alternate string of anaphoric phrasings.

As a primary strategy, Baraka samples—as in records “in order to reuse”—Bush’s use of the word “Who,” recirculating it (nearly 200 times) through disparate political contexts. When Baraka asks, “Who live on Wall Street / The first plantation,” he takes Bush to task for occluding histories of exploitative labor in an uncritical valorization of American work. According to Bush, “America is successful because of the hard work and creativity and enterprise of our people. These were the true strengths of our economy before September 11th, and they are our strengths today.” In contrast, “Somebody Blew Up America” wishes to tear down—or to blow up—the monument of American capitalism.

Baraka’s poem not only protests against egregious acts of material violence but also confronts an epistemological violence enacted throughout modernity. In taking up what Pierre Nora calls the “conquest and eradication of memory by history,” “Somebody Blew Up America” repudiates the “terrorism of historicized memory.” Baraka’s anaphoric “Who” is at once an angry questioning and an accusatory interjection that mimics the hoot of the owl. As a mnemonic device, it reminds us of how much we have forgotten or what we didn’t know in the first place:

Who got Sharon back in Power
Who backed Batista, Hitler, Bilbo,
Chiang Kai-shek

While many of the questions have clear-cut answers (from Leopold II to Andrew Jackson to William McKinley) and many are contested (in the case of the USS Maine’s destruction), the illocutionary force of much of the poem suggests a variety of conspiracy theories—for example, that HIV was part of a United States biological warfare program. Erroneous facts that Baraka culled from Al-Manar TV, Al Watan, and other dubious online sources informed the poem’s most infamous lines, suggesting Israel had foreknowledge of the World Trade Center attacks and warned Israeli nationals employed in the buildings to take the day off:

Who knew the World Trade Center was gonna get
bombed

Why did Sharon stay away?

Baraka circulated “Somebody Blew Up America” via the internet, at poetry readings around the world, and in a chapbook edition before he read it at the Dodge Poetry Festival in New Jersey in September of 2002.

After the festival, which biannually attracts several thousand spectators, the Anti-Defamation League (ADL) was notified by a local Jewish newspaper and charged the poem as anti-Semitic. Citing the aforementioned passage as its main piece of evidence, the ADL requested that Governor James McGreevey fire Baraka from his post of New Jersey Poet Laureate to which he was appointed the previous spring. McGreevey asked Baraka for both a public apology and a resignation. Baraka refused and accused the ADL of running a “smear campaign” against him.

For Baraka, the ADL, in its “insulting, non-interpretation” of the poem, was confusing anti-Zionism with anti-Semitism and had misunderstood the poem as a whole, which, as he noted, also expresses outrage against the Holocaust and other violence perpetuated against Jews. Nevertheless, in 2003, the state government attempted to pass legislation that would allow the governor to formally remove Baraka but, unable to do so, decided to abolish the laureateship altogether.

Baraka’s poem—inaccurate information and all—is a feverish, incendiary performance of paranoia that points to a contemporary crisis of the archive.

Because of the extreme scrutiny placed on a fraction of the poem, it is worth noting that the litany of questions that insistently asks “who, who, who?” in “Somebody Blew Up America” begins with the framing line “They say (who say? Who do the saying)” and is joined by the question “Who own the papers.” Though Baraka dangerously flirts with the caricature of “the Jewish media,” what is at stake within these lines is nothing less than a questioning of the archive itself: who controls it, who has the rights to its access, to its use and interpretation.

We are reminded of the Greek archons, the magistrates who, as Derrida points out, both house the archives and impose the law. Derrida’s Archive Fever usefully illuminates the “trouble” that Baraka finds in the archive, the trouble of (what Baraka calls in Wise, Why’s, Y’s through a clever pun) the “scribe.”

Building on Philip Metres’s claim that “Somebody Blew Up America” “enacts the intoxification of conspiracy theorizing,” I argue that Baraka’s poem—inaccurate information and all—is a feverish, incendiary performance of paranoia that points to a contemporary crisis of the archive, what Derrida calls “mal d’archive” or “trouble de l’archive.” Baraka’s poem and its high stakes, while easily dismissible as mere conspiracy theory, as bad history, behoove us to reckon with “the archive fever or disorder we are experiencing today, concerning its lightest symptoms or the great holocaustic tragedies of our modern history and historiography: concerning all the detestable revisionisms, as well as the most legitimate, necessary, and courageous rewritings of history.”

Baraka’s burning search for historical causes, culprits, and explanations and his recourse to the alternate and revisionary history of conspiracy theory powerfully manifest the failures of our cultural memory and our lack of adequate documentation. “Somebody Blew Up America” suggests that “we are en mal d’archive: in need of archives.” 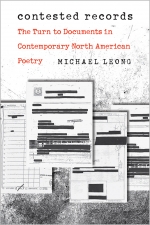 Excerpt adapted from Contested Records: The Turn to Documents in Contemporary North American Poetry by Michael Leong. Used with the permission of the publisher, University of Iowa Press. Copyright © 2020 by Michael Leong.

Michael Leong teaches in the School of Critical Studies at the California Institute of the Arts. His most recent books include Who Unfolded My Origami Brain? and Words on Edge. He lives in Los Angeles, California. 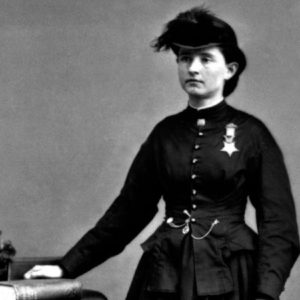 Among the tens of thousands of Americans who volunteered their services during the Civil War was Mary Walker, a daring young...
© LitHub
Back to top
Loading Comments...