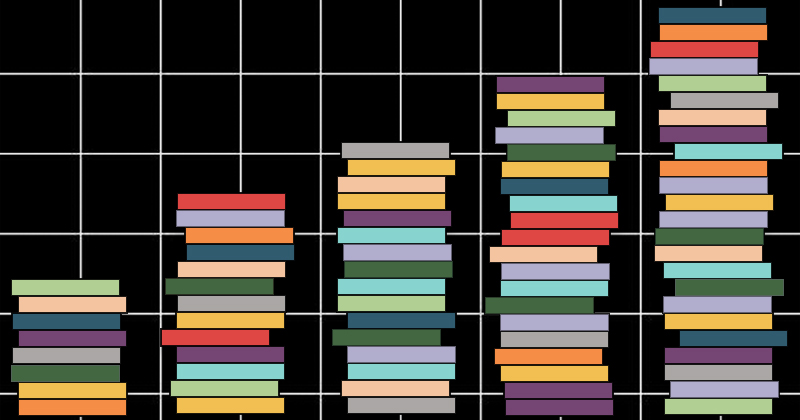 Americans are buying more books—but reading fewer of them than ever. What gives?

And it wasn’t just people buying coloring books to distract their children during the never-ending pandemic. In fact, every category tracked saw an increase in sales except for Juvenile Nonfiction; the most dramatic of these was Young Adult Fiction, which jumped 30.7% in 2021. Every format except Mass Market Paperbacks saw a rise too, per Publishers Weekly: 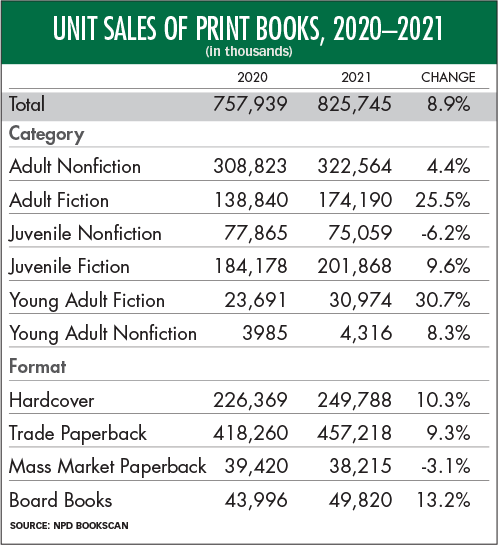 So, books are selling. (These figures are based on NPD BookScan, which captures an estimated 85% of new book sales.)  But what are people . . . doing with all these brand new books? Because according to a recent Gallup poll, they’re not reading them. In fact, these days Americans are reading less than they have in over 30 years. 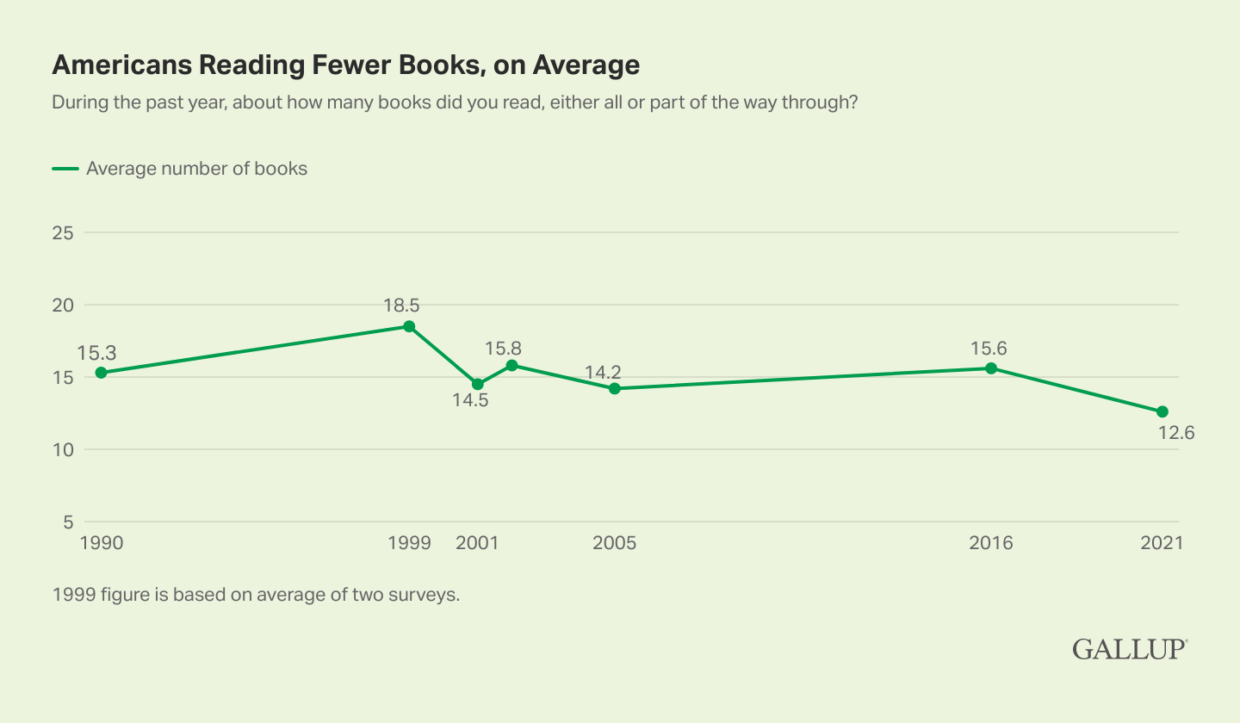 This decline, again according to Gallup, seems to be fueled not be fewer Americans reading, but by fact that the Americans who do habitually read are getting through fewer books. 17% of American adults said they did not read any books in the last year, which is consistent with trends measured in the 2002-2016 surveys. But this year only 27% of Americans reported reading more than 10 books in 2021, down from 35% in 2016. “The changes,” Gallup notes, “are especially pronounced among the most voracious book readers, namely, college graduates, women, and older Americans.”

So what’s going on here? Why are Americans buying more books, but actually reading fewer of them?

It’s possible that, during the pandemic, our eyes have been bigger than our attention spans. Or perhaps people were simply motivated to buy more books than they planned to read, in order to go out of their way to support indie bookstores (this might or might not be why I suddenly own 5-10 branded bookstore and indie press sweatshirts). Or maybe college graduates, women, and older Americans were particularly busy and fried this year, for some reason. Then again, not everything is always about the pandemic. Maybe we’re all just losing our follow-through.

Some other ideas, per the Literary Hub Slack:

the rise of “bookstores as personality”?
apocalypse fort building?
Serious book readers buying way too many books to ease the pain, while casual readers just switched to tv?
they were purchasing Sally Rooney book merch and thought they’d buy the book too… but then they got too popular from wearing the cool book merch and never got around to reading
guilt
paranoia
the death drive?
books are only for taking photos of and posting to Instagram, not for reading, silly
somehow . . . Trump