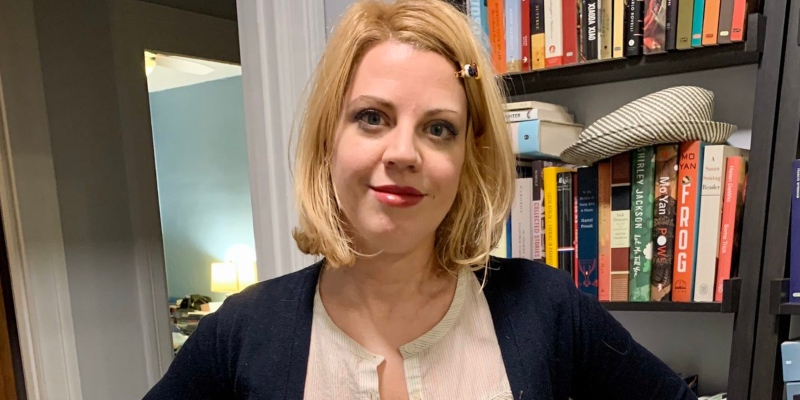 There is a specific type of American folk hero that we learn about in school. Most of us do not get an education in Bigfoot or Mothman. Instead, we are given stories where the morals are usually about hard work and the power of man: John Henry, Johnny Appleseed, Paul Bunyan.

In Amber Spark’s piece “The Monstrous Sadness of Mythical Creatures,” Sparks dares to ask what happens after the myth ends. What is Paul Bunyan doing after Babe dies? Where does he go? And more importantly, how does he feel? The effect is one that brings the legendary closer in line to a sadder, but truer feeling, story.

Listen to Amber Sparks read “The Monstrous Sadness of Mythical Creatures” on Micro.
Subscribe and listen in full, wherever you get your podcasts!

KR: This piece starts with an almost funny, silly kind of beginning—the loggers wanting to skate on the frying pan. How did you decide on this anecdote to begin?

AS: I’ve always loved the ridiculousness of this particular story—it’s just so over the top! I wanted to write the enormousness of tale tales, and this seemed like a good place to start.

KR: I saw in your author’s note that you were inspired by the theme park Paul Bunyonland. It takes a moment—at least until the mention of Babe to realize that Paul Bunyon is the main character here. Can you expand some on your decision to directly use this mythological figure in the story, rather than making up something new or inspired by the legend?

AS: I definitely knew I wanted to write this story about Paul Bunyan specifically. I was really interested in the pathos of the story—what happens when a hero gets old? What happens when a country moves past its tall tales? It’s so sad, and so moving to me all the more, because the main figure is just short of ridiculous. The fact that the theme park was dead made me think about what it would be like to see that theme park personified.

KR: What was your favorite myth or legend growing up?

AS: I loved the Greek myths so much. Odysseus has always been my favorite myth, since I was very small reading my D’Aulaires; I still reread it a few times a year. I just read it to my seven-year-old for the first time and got her hooked, too.

KR: The end of this piece is really lovely and comes back around to the tile. With a piece so short, obviously every part counts, but the endings especially. Can you talk some on the creation of this finishing note?

AS: I was going for that sense of irrelevance—the idea that in the end, Bunyan is okay with it. Because he’s tired, and he just wants to fade, and look at something beautiful while he does. That’s death for everyone, really—human or hero.

AS: I write in fits and starts, wherever and whenever I can—it’s a very unromantic process, sadly! I write a lot on the notes app on my phone. I find inspiration everywhere, in what I read, what I watch, conversations I overhear, characters and stories I love. That’s where this one came from.

I honestly do not remember the submission process for this story, but I think Matchbox may have been the first magazine I sent it to because I loved what they were doing with the flash plus a note—I wanted that extra chance to explain the genesis of the story. I was so pleased when they accepted it. It was a nice boost for the kind of mythic writing in shorthand I wanted to be doing.

Amber Sparks is the author of four collections of short fiction, including And I Do Not Forgive You: Revenges and other Stories and The Unfinished World, and her fiction and essays have appeared in American Short Fiction, the Paris Review, Tin House, Granta, The Cut and elsewhere. She lives in Washington, DC, with her husband, daughter, and two cats.

Kirsten Reneau is a writer, teacher, and interviewer. She received her MFA from the University of New Orleans in 2021 and lives there now with her dog. Her personal work can be found online at http://www.kirstenreneau.com.
Amber Sparksflash fictionKirsten ReneauLit Hub RadioMicromythsOdysseusPaul Bunyonpodcasts
Share: 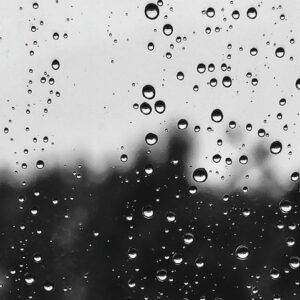 A. Lately, when I imagine, I remember. Then I shift into a peaceful kind of forgetfulness. And I start to imagine again,...
© LitHub
Back to top