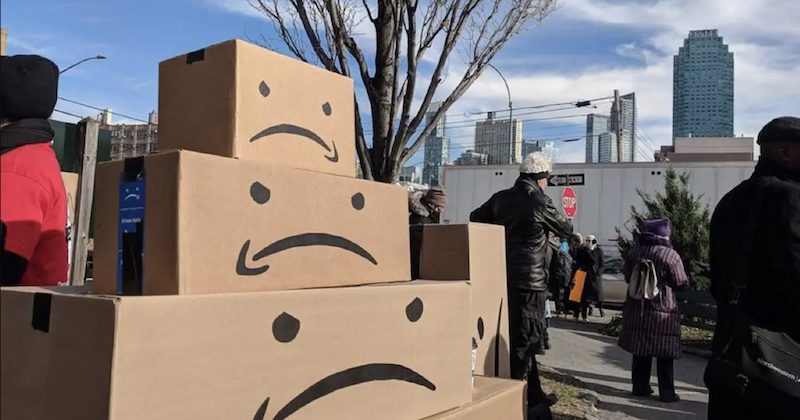 Amazon plans to block words including “union,” “ethics,” and “restroom” from its employee chat app.

Perhaps in a move to render all other uses of the word Orwellian laughable by comparison, Amazon is planning to ban a list of words including “union,” “ethics,” “plantation,” “harassment,” “concerned,” “pay raise,” and “restrooms” from an internal chat app the company is developing, according to reporting from The Intercept.

Amazon—which after the historic unionization of its Staten Island warehouse stated that “We’re disappointed with the outcome of the election in Staten Island because we believe having a direct relationship with the company is best for our employees”—continues to be the nationwide leader in demonstrating the absolute necessity of unions.

The Intercept reviewed leaked internal documents that included words that the employee social media would automatically filter. In addition to profanity, many of the banned words pertained to unionization and worker’s rights (“compensation,” “grievance,” “petition,” “committee”). “Vaccine” was also on the banned list, as well as “diversity” and even “This is concerning.”

An Amazon spokesperson denied that the document was accurate, telling The Intercept that the app was still in the planning stages, and that “If it does launch at some point down the road, there are no plans for many of the words you’re calling out to be screened.”

Still, as with almost all new involving the inner workings of Amazon: Th*s is c*ncerning.