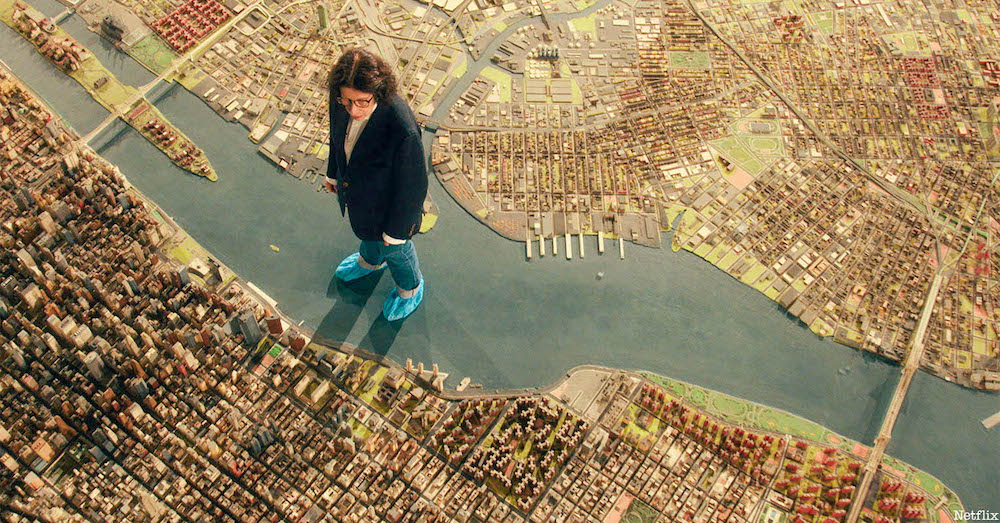 (Almost) Every Cultural Reference in Pretend It’s a City, Annotated

Martin Scorsese’s limited series Pretend It’s a City (Netflix, 2021) presents Fran Lebowitz as a woman rife with contradictions: a misanthropic party animal, a normcore style icon, and a miserable neurotic who might somehow be the happiest bastard in Manhattan. Her friendship with Scorsese goes back to the many parties they attended together as young hustlers with big dreams. The social scene of 1970s Manhattan, in all its gritty glamour (real and imagined), has defined both of them as artists and public figures.

But as Scorsese has toiled for decades, cranking out prestige pictures about tough guys past and present, Lebowitz, by her own account, has mostly lay on the couch, reading. Lebowitz has operated under the principle that, with books, “you have a zillion lives.” And given the choice between having Scorsese’s life and Lebowitz’s, who wouldn’t rather be a neglectful novelist and literary Lady Liberty, bearing a torch of glowing insights while refusing to budge from her spot in the New York City harbor?

The question remains how young Fran, voted “Class Wit” in her suburban New Jersey high school, became La Grande Dame Lebowitz. A modern-day Montaigne, impervious to the trends and fads around her, Lebowitz moves through the world healthy but not well, prolific but not productive, observant but not mindful. How does she do it? And can it be taught?

In the pursuit of an answer, this course focuses on the central texts (books, movies, music, art) featured in Pretend It’s a City. Call it a media meal plan, each item an exhibit of the uncompromising, ironic-but-not-sarcastic Lebowitz lifestyle (she’d never call it that).

A self-proclaimed “horrible singer” and a mediocre cellist in her youth, Fran Lebowitz is introduced first through song. Experience Alfred Newman’s “New York” and “Street Scene” (both 1946), that latter of which sounds like a grander iteration of the Curb Your Enthusiasm theme.

Roll your eyes with Lebowitz at the collected works of Andrew Lloyd Webber, especially The Phantom of the Opera (1986) and Evita (1978).

The stylings of Charles Mingus, Lebowitz’ favorite jazz musician and personal friend. Check out the 1962 album Money Jungle, in which Mingus collaborates with his icon/fraught father figure, Duke Ellington.

No time like the present to dive into the incomparable oeuvre of Lebowitz’s close friend, Toni Morrison: start with her first novel, The Bluest Eye (1970), her magnum opus Beloved (1987), or the 2019 The Source of Self-Regard: Selected Essays, Speeches, and Meditations.

Spend the rest of the day joy-bingeing all the Motown. If you can, track down a copy of Richard Olivier’s 1981 documentary, Remember Marvin Gaye.

In describing Christie’s auctions, Lebowitz complains that “we live in a world where we applaud for the price, but not for the Picasso.” So, go on and clap for “Femme d’Alger” (1955).

In honor of the “spectacular” cufflinks Lebowitz wears in this episode, unearth a catalog from Alexander Calder’s jewelry show at the Metropolitan Museum of Art.

Complete a Scorsese double bill with The Wolf of Wall Street (2013), in which Lebowitz cameos as a judge staring down a mischievous felon (Leonardo DiCaprio). Millennials and Zoomers: ask yourself why you are so keen to sit in judgment of this hip-to-be-square Boomer.

Appreciate the entirety of Frank Sinatra’s “Come Fly With Me” album (1958), including, its jazzy title track.

Develop an opinion about the William Wegman dog mosaics in the New York subway stations.

Read the city skyline, first with Robert Moses’ panorama of New York City. “Unbeknownst to Robert Moses, he was best as a miniaturist,” Lebowitz cracks later in the series. Those who want to know more can peruse Robert Caro’s 1,338-page Pulitzer-Prize winning beach read, The Power Broker: Robert Moses and the Fall of New York (1974).

“Be transported” to Grand Central Station or visit the Chrysler Building with the help of a virtual tour.

Get a load of this raging bull, the Wall Street landmark splattered in blood by the climate change activist group Extinction Rebellion.

Browse the sales at Ralph Lauren. According to Lebowitz, the Jewish Lauren tweaked the preppy effortlessness of Brooks Brothers and mainstreamed the WASP aesthetic in the process.

DEPARTMENT OF SPORTS AND HEALTH

Sway to the 1978 Jane Birkin album, “Ex Fan Des Sixties,” especially “Nicotine.” Afterwards, bop along to the soundtrack to the 1960 film La Dolce Vita. If you smoke, it would be appropriate to light up about now; if you don’t, Lebowitz admits it’s better not to start now.

Endure the traumatic AV experience that is “Duck and Cover” (1951).

Sports nuts and/or history buffs: YouTube allows you to live—or relive—Jesse Owens’ 1936 triumph at the Olympics or Ali’s victory over Frazier in their first face-off in 1971.

Give Leni Riefenstahl’s novel The Last of the Nuba and her film Olympia a pass. Never hesitate to be a stick-in-the-mud when it comes to Nazis.

The Gospel According to Fran: “I have no guilty pleasure, because I have no pleasures that make me feel guilty.” To that end, inhale the Guillaume Wolf’s You Are A ___ book series and find out if you are a Circle, a Message, a Quest, or a Dream.

“There’s no Cary Grant movie where Cary Grant is less Cary Grant” than the 1941 drama Penny Serenade—or so Lebowitz attests. Press play, but don’t forget the tissues; Bringing Up Baby this ain’t.

Remember Lebowitz’s maxim—“Movies are good. Candy is good. Parties are good”—as you switch on The Boy With the Green Hair (1948), which she watched in bits and pieces as a child glued to Million Dollar Movie (WOR-TV, 1955-1966).

Lean into the role of “cinephile” by screening The Leopard (Luchino Visconti, 1963).

Be alternately charmed and repelled by Gigi (dir. Vincente Minnelli, 1958).

He’s not a good person, but Lebowitz still thinks you should read Henry Roth. (Don’t shoot the messenger.)

Track down your own copy of Six Little Cooks: Or Aunt Jane’s Cooking Class (1877), by Elizabeth Stansbury Kirkland. A crown jewel of her 10,000+ book collection, the pristine edition she acquired in her youth remains one of Lebowitz’s prized possessions.

Relish in the camp and corn of “not even B movies,” like flicks from the American Independent Pictures (1954-1979) library or those belonging to the Italian giallo genre. Lebowitz claims to have been “in love with” films like Four Flies on Grey Velvet (1971), of which she wrote: “If I was given to going around making rash statements, I would say that [it] is the worst movie I have seen in my entire life.”

Pore over the colorful pages of Miroslav Sasek’s children’s book, This Is New York (2013).

Laugh along to the lyrics of “Brush Up Your Shakespeare” from Cole Porter’s 1949 musical, Kiss Me, Kate.

Be attentive to but suspicious of Andy Warhol, with whom Lebowitz was proximate but not close.

Your assignment, then, is to read a book. If you prefer, watch a movie or listen to an album. As long as you do this in the pursuit of pleasure, without shame or remorse, you’ve completed the assignment.

In the end, you still won’t have Fran Lebowitz’s life, but yours will be just that much sharper, smarter, and more stylish than it was before. 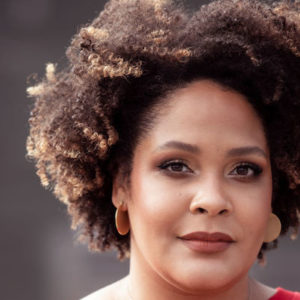 In 2015, Black Canadian writer Sarah Hagi tweeted: “Lord, give me the confidence of a mediocre white man.” The sentence...
© LitHub
Back to top