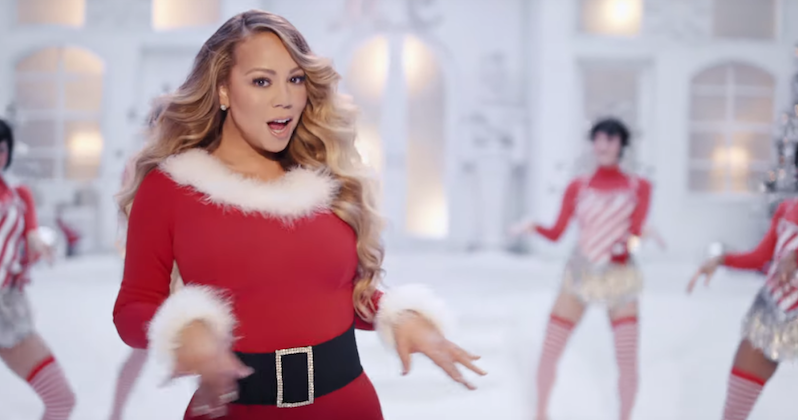 All I want for Christmas is Mariah Carey’s memoir.

It’s the audio version that I want. Wouldn’t you? Mariah Carey’s memoir, The Meaning of Mariah Carey, is set to come out this fall. Carey herself will be reading the audiobook, which will feature occasional musical interludes.

Carey’s career has had its highs and lows (let’s be honest, though, like 90% highs), and the book announcement said the memoir would explore “complex issues of race, identity, class, childhood, and family trauma during [Carey’s] meteoric rise to music superstardom.”

Carey, the daughter of an opera singer, is one of the most acclaimed and best-selling artists in recent memory. She released her first album when she was 20, in 1990, and a year later had sold 15 million copies. American pop culture in the early ’90s wasn’t complete without her, but in 2001, Carey’s unexpected appearance on the MTV program TRL led people to speculate about her well-being.

She soon learned that she had bipolar disorder, and the next few years marked something of an emotional and commercial nadir for the artist.

“I don’t really talk about my personal life,” Carey told the Associated Press in 2017. “Until recently I lived in denial and isolation and in constant fear someone would expose me.”

It looks like Carey will finally have a chance to steer the many narratives about her life.

(In the meantime, you can and probably should enjoy her guest appearance on the Schitt’s Creek congratulations video to the Class of 2020.)