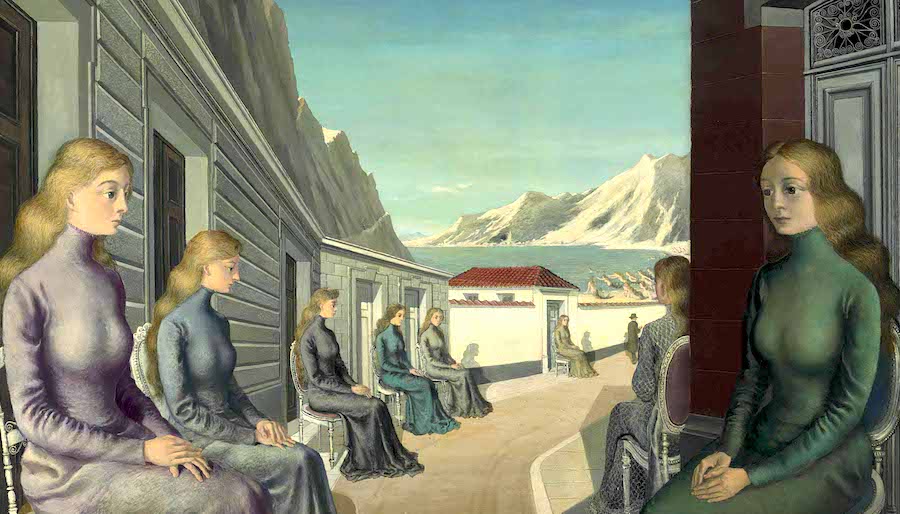 On Motherhood, Fertility, and Gendered Readings of Women's Books

Years ago, when I was trying to write my first novel, I was almost in a terrible car accident. As I was driving on a narrow, twisting road in the hills of Western Massachusetts, another car materialized and blazed toward me, right in my lane. Its driver was bent over, maybe adjusting the radio, oblivious to the imminent collision. At the last second, the car swerved and corrected, passed me, and disappeared around a bend. For a few days I couldn’t concentrate, rattled by what hadn’t happened but could have.

“Just write about it,” a friend suggested. “Put the car in the book and you’re back in track.”

Like a lot of writing advice I’ve received this seemed both perfectly sound and impossible to take. I wasn’t sure, I guess, how to write about something that didn’t come to pass, an event that existed only in the conditional, inside the what if possibilities of my brain.

The car accident came back to me later, when I was trying without success to have a child. The years of trying were ridden with almost events, with possibilities and the absence of them.

“It’s not that motherhood didn’t happen, it’s that it almost did and, in fact, still could,” Alexandra Kimball has written. “The difference between the grief of infertility and other reasons for mourning is in that promise of ‘just,’ in ‘almost,’ in ‘still could.’”

I struggled with just and almost, in both my life and my writing. Like that oblivious, invisible driver, infertility is mysterious in its intention, often arbitrary and unexplained. It’s a narrative without causality, hard to shape. This is probably why some of the most successful writing about fertility issues is dystopian—in fiction we can blame not the body, so impossible to know and understand, but the world. In Children of Men by P.D. James, global infertility intersects with a landscape dimmed by climate change, terrorism, and refugee crises. In Leni Zumas’s timely, gripping Red Clocks, abortion, IVF, and single-parent families are all illegal under a repressive government.

I struggled with just and almost, in both my life and my writing. Like that oblivious, invisible driver, infertility is mysterious in its intention, often arbitrary and unexplained.

As I watch reproductive choice under attack in states like Alabama, Missouri and Ohio—laws that are very likely to affect assisted reproduction as well as abortion—I think about how cruel it is to remove from women the freedom to control, in so far as we are able, the possibilities of our bodies. I wish that everyone would read about the painful unknowability of infertility in Belle Boggs’s lovely, meticulously researched book The Art of Waiting: On Fertility, Medicine, and Motherhood. Or see how it is given shape through magical realism in the The Snow Child by Eowyn Ivey.

Or read Katherine Carlyle by Rubert Thompson, a novel I deeply admire. Katherine Carlyle is the existential story of a woman seeing to understand her origins—first as an IVF embryo kept frozen for eight years before implantation, and then as a young person whose mother has died and whose father is absent from her life. It’s the eight years of frozen time that seems to pain Katherine the most, the suspense she can’t understand. Thompson offers a literary treatment of assisted reproduction that isn’t about ethics or medicine but about the mystery of origins. A universal quest: the search for everything we can’t know about our parents, no matter how our families are made.

My failure to have a child was a story I didn’t want to tell, and it sapped language from me. In her astonishing poetry collection Blackacre, Monica Youn writes of a pregnancy that didn’t progress:

Trackless and gray is how I felt, how time felt, stretched around emptiness. The events that punctuated that emptiness felt impossible to narrate. My first pregnancy didn’t come to term, and I’ve never written about it and never will. I can only say that the projected due date was December 31st, so every New Year’s Eve marks the anniversary of a person’s non-existence; every year ends on a day he wasn’t born.

Eventually I wrote and published a novel that had nothing of these experiences in it. I became pregnant again, and at the exact same time I received a famously negative review in The New York Times, which occasioned brief but fervent online debate about criticism, gender, and my work. Was my novel good or bad? What kind of writer was I?

My failure to have a child was a story I didn’t want to tell, and it sapped language from me.

The book was then nominated for two literary prizes in my native Canada. In the interval between the review and the prize ceremonies I went to a doctor’s appointment where the heartbeat, once lively and quick, could no longer be detected. The medical term for this is a missed miscarriage, because the body doesn’t recognize what has happened and continues to act pregnant until the hormones slowly, over time, drop away.

The world seemed to want to reduce the possibilities of my life to either/or categories—good writer/bad writer; mother/not mother—and I felt suspended somewhere in between.

I’m a mother now, and for a long time I wasn’t.

I’m done for the most part, as Carrie Fountain writes in her poem “Yes,” “with the daydream of after. I am after for now.”

I am after, and I’m beyond grateful for that. I still live with before, in the sense that I remember and feel it and know so many women who live there too. I know after is complicated as well, in all kinds of ways.

The novel I just wrote and published contains a woman who wants to have a child. It also contains: women who have biological children and choose not to mother; women who mother in unconventional ways; women who are intellectual and artistic mothers; women who aren’t interested in the question of motherhood at all. It contains as many possibilities as I could fit.

I’m a mother now, and I might not have been. As my child grows up I sometimes feel, hovering around us, the presence of almost events. Other children I might have had but didn’t; other books I might have written but didn’t. Sometimes I see them ahead of us, bearing down close, then disappearing around a bend. Alix Ohlin’s Dual Citizens is out now from Knopf.

Alix Ohlin is the author of four books, most recently the novel Inside, which was a finalist for the Scotiabank Giller Prize and the Rogers Writers’ Trust Fiction Prize. Her work has appeared in The New Yorker, Tin House, Best American Short Stories, and many other places. She lives in Vancouver, where she chairs the creative writing program at the University of British Columbia.

I Read One Hundred Books
Just to Write One 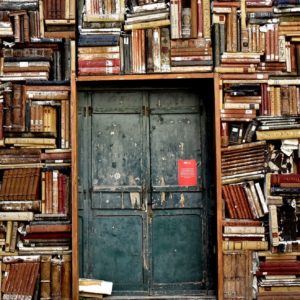 I Read One Hundred Books
Just to Write One

When I was a little girl I lived with my father who was an illiterate janitor in Montreal. I would wake up in the morning...
© LitHub
Back to top