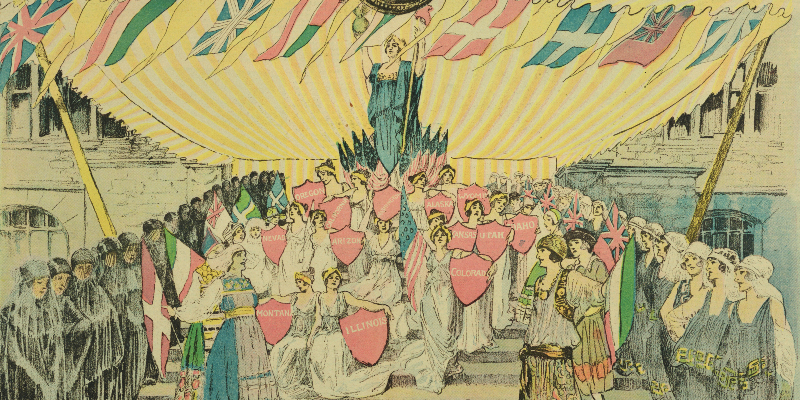 Alix E. Harrow’s The Once and Future Witches begins with the familiar phrase “Once upon a time,” but the novel is anything but a traditional fairytale. Yes, there are witches and spells, but there are also suffragists and debates over how assertive women can be in pursuit of political power.

Through her main characters, the Eastwood sisters, Harrow’s second novel explores the long afterlife of family trauma, the evils of demagoguery, and the blind spots of the American suffragists when it came to overcoming divisions of race and class.

Rob Wolf: Let’s start by talking about what you like about fairy tales and why they’re such powerful vehicles for storytelling.

Alix E. Harrow: The thing that I like about fairy tales is everything. I love fairy tales. I have always loved fairy tales. It’s not the stories themselves so much because they’re often narratively unsatisfying and weird or predictable; it’s the fact that I think fairy tales give us this amazing shared language. Through a series of extremely weird, historical flukes, we all ended up knowing, or roughly knowing, a set of oral traditions from Germany in the early 19th century. The Grimms’ influence has been so outsized compared to what those stories actually were. But through Victorian obsessions and Disney, everyone now knows what a glass slipper means, and a Cinderella story has all these implications, and Sleeping Beauty. I love that we can talk to each other in this sort of emotional shorthand through fairy tales. I think that’s fantastic.

AEH: I can’t really tell you what’s going on. It’s a huge spoiler, but you instantly realize that they all are converging in the city, which is not where they’re from. And—mild spoiler—a tower appears in the middle of the city briefly and then disappears again. The tower is this old, resonant symbol of witchcraft in this world. I wanted it to feel a little bit like that old beloved fantasy trope of being drawn together by fate—like they have some destiny and they’re all destined to be in this place at this time.

RW: What makes it particularly poignant is that they haven’t seen each other in many years because there was a rupture in the family, so they might never have been brought back together if not for whatever force has brought to the same spot.

AEH: My own family has a number of dramatic riffs and unhealed wrongs on both sides of my family tree, so I maybe indulged myself and made a magical solution not just to political problems, but to personal ones—or if not a solution, I entangled it with the personal as well as the political.

RW: Speaking of the political, Juniper wants to join the New Salem Women’s Association. She thinks it’s at the cutting edge of women’s rights and fits in with her sense of rebellion and her desire for freedom, but she ends up being disappointed by them. Can you talk about what disappoints her?

AEH: So, the new Salem Women’s Association is me playing a little bit with NAWSA, the National American Women’s Suffrage Association. The history of suffrage associations is always hard because they have a million different acronyms and they’re always splitting and re-forming, but NAWSA was the big one that was doing a lot of these incrementalism and practical state-by-state measures to get the vote for women. And, all respect to them, that’s certainly a strategy. But Juniper shares a lot more of the spirit of your Alice Pauls, your Emmeline Pankhursts, that branch of the suffrage movement, which is a lot more about deeds, not words, a lot more action and a lot less incrementalism. And so the thing that disappoints Juniper about that movement is the same reason that Alice Paul went on to found the National Woman’s Party—because she finds it ineffective and weak, and she’s dissatisfied with the scope of their ambition.

RW: And they’re also pretty uptight, which is a cultural issue.

AEH: It’s also a class issue. These organizations were largely run by middle-class housewives and wealthy women who didn’t have to work, so this is like a hobby, and that’s a totally different vibe for a revolution.

AEH: This is very much like when Alice Paul split from NAWSA to form the National Woman’s Party. It’s an organization that wants more direct action in support of women’s rights. But in this case, because I’m writing a fantasy novel, because that’s who I am as a person, their vision of radicalism is to turn the women’s movement into a witch’s movement to restore not only women’s political power but their literal, magical power.

RW: I want to get into that, how magic symbolizes political power in the book. Men have decided that magic is no good, it’s sinful, it’s evil. They want to suppress it, and in a male-dominated society, they go a long way toward doing that.

AEH: I think one of the things that fantasy does well and is particularly suited to as a genre is to take things that are not visible and that are often metaphorical and make them literal and real. Women’s power isn’t something you can typically see and interact with; it’s an idea. In fantasy, making it into actual, literal witchcraft, it becomes an actual, innate thing in each person that is visible in some ways. And so, I think that metaphor does most of the work for me.

In terms of how magic works, I started out with a little list of rules for myself about what I didn’t want magic to be in this world. And that list was largely based on being a lifelong fantasy reader and finding problems with the way magic often works. So, I knew I didn’t want it to be inherited. Magic is not something that is in the blood. I didn’t want it to be moralizing—it’s not a good or an evil force. I didn’t want it to be universally the same in every culture because nothing else is, so why would magic be? I really didn’t want it to care about chromosomes; I just refuse to believe that magic itself would buy into the gender binary. That seems so lame and boring, which actually presents some interesting problems because then it’s like, well, what is a witch? Is a witch just a woman with magic? And is this all culturally constructed? And so, I had to envision witchcraft as a universally available power, and access to that power had been constrained and defined by existence under patriarchy—like everything else—so it took a lot of time to decide how it was going to play out.

Alix E. Harrow is an ex-historian with lots of opinions and excessive library fines, currently living in Kentucky with her husband and their semi-feral children. She won a Hugo for her short fiction, and has been nominated for the Nebula, Locus, and World Fantasy awards. Find her at @AlixEHarrow on Twitter. 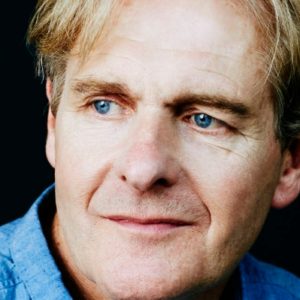