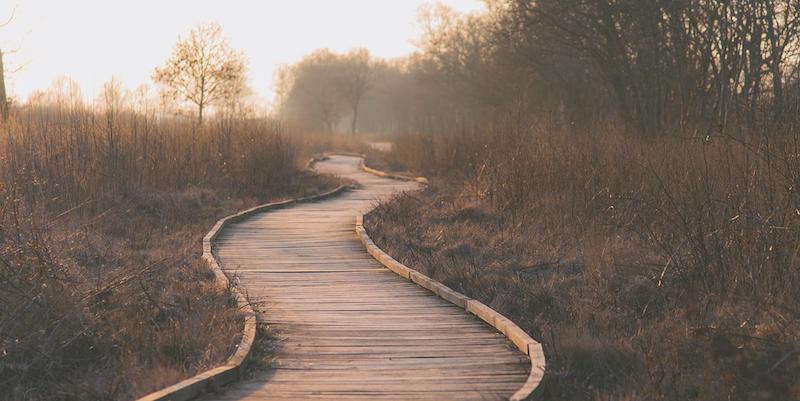 “It works best when it is unplanned.”

When I was first learning how to write fiction, I read that one of the most important elements of dramatic writing is that the events of a story will effect a change in the protagonist toward the end. The idea that characters can change, and in fact, are created to change, rang true from my decades of reading.

Great authors made it look simple, but when I tried it the change I created seemed too forced or too unbelievable. It seemed to me that change was a big word for a shift that was often quite small—but even that was hard to pull off without veering into the realm of happy or moralistic TV endings. Sermons and morality tales have their place and their forms, but a story is capable of coming to an ending that lingers in the mind and might take days or years to reveal all its meaning.

How could I learn to do that? Was it even something that could be learned, or did it take a genius to see the patterns of human behavior so clearly? It wasn’t until I actually experienced an ending in real time that I was able to analyze what happened and how, and from then on have a method to guide me.

I was working on a story about a young man dying of an unnamed illness. At the climax he dies with his mother at his side, helping him make the transition. It was a moving moment, but it didn’t complete the story; it needed something more. Like what?

At the time my husband Larry and I were living in an apartment on Manhattan’s Upper West side. I had written the story sitting on my son’s futon while he played and napped, and I was writing the ending at a table by the window in the bedroom above a very noisy street, on a manual typewriter, while Larry watched our son. I typed out ending after ending and carried the pages into the living room to show Larry. He read them and reluctantly gave me the bad news over and over that I hadn’t gotten it yet.

It works best when it is unplanned, and I get to the end of a story not knowing what choice my protagonist will make.

Finally, after a long day of effort I was ready to throw the typewriter out the window a la Jane Fonda in “Julia.” I was deeply frustrated and felt utterly stupid. I was annoyed with Larry, too, for not signing off on any of my perfectly adequate scenes. Why couldn’t he as a reader supply the missing element? Because it doesn’t work that way, that’s why. It was up to me.

My need for Larry to get it, to communicate the feeling I was in touch with about what was going on with my characters, finally became so great that it overcame my effortful thinking about how the story should close, and I quickly wrote an ending where the protagonist Janet, unmoored by grief, does what the beginning of the story says she has always wanted to do—she talks freely to another person. The controlled gentle demeanor that has characterized her breaks down because she cannot adequately express her sorrow in that register. She can’t be measured about it and convey her true feelings, and Laird merits her true feelings.

Janet bursts out in grief and anger and shares this state with her husband, Martin, from whom she has been estranged during the story and long before the action began. She names her rage at the unfairness of the loss. She is furious and unreasonable. She shares her pain. Martin, who is still bottled up, is affected by this outburst, and a bit later responds by offering a suggestion for the funeral, which Janet gracefully accepts. Her approval in turn inspires him to deliver the last line of the story, a question about Laird that suggests he may participate in his son’s life at long last. I showed this ending to Larry, and he cried. I could barely remember what I’d written and had to read it again. Yes, I saw it. Something had happened, I’d gotten there.

In the years since I have come to understand how it worked. That ending and many great endings are built on the protagonist choosing to make a personal sacrifice for the sake of something outside the self, usually another person. This choice is so powerful that it can cause change, lead to a reversal, and have effects far into the future. Janet’s sacrifice of her lifelong mode of behavior in favor of sharing her true feelings with her husband lead them to an unprecedented moment of connection.

Until then it seems as though she has lost her opportunity to fulfill her desire for communication when her son died, but because she finally speaks her mind it opens a new possibility for her future, and Martin’s future and relationship to his son and the past. I had found my ending through a parallel process of wanting to communicate so badly that I let go of my effortful attempts and just let an ending pour out.

Both Janet and I transcended our ordinary ways of being and made a sacrifice for the sake of another person. I think of this as going through the looking glass. It isn’t possible to see what’s on the other side by standing there staring at your own reflection.

A character has a set of traits that circumscribe their actions and reactions, but if at the climactic moment of a story they rise above their habitual responses and instead make a conscious choice to set their needs and goals aside for a moment and get outside themselves for the sake of another person, they will be changed by the experience. They won’t necessarily become another type of person. What is more likely to happen is that they immediately revert to their old ways, but they now know better than they did before, and life is not the same.

“A Good Man Is Hard to Find” deploys this mechanism twice. At the end of the story The Grandmother, who has been shown to be selfish and sly, rises above her fear for her own life for a moment and sees that the Misfit is like her own son—she sees his humanity. The Misfit, who has expressed his appetite for murder, is apparently moved when she says this to him, which we know because even though he goes ahead and kills her, he has the realization that he has lost his one joy in life—murder. He has been changed by having his humanity witnessed, and can no longer enjoy evil—which doesn’t mean he won’t stop doing it.

It’s best to be surprised, but also to understand the mechanism for how and why the surprise worked.

This sacrifice can be prompted by supernatural intervention. Saul of Tarsus was on his way to Damascus to capture Christians when the Jesus appeared to him and blinds him. After three days a disciple of Jesus tells him he is Jesus’ choice to deliver the gospel to the Gentiles. Saul’s sight is restored, and he is baptized as Paul, a devout Christian from then on. The story is psychologically astute, because though we see that Paul has had a profound conversion experience, his personality is the same, and he pursues his letter writing with the same vigor as he pursued his persecution of Christians.

Ebenezer Scrooge, also an instance of supernatural intervention, seems to have had a change of personality as well as world view, but it would take spending more time with Ebenezer 2.0 to know for sure. It makes more sense to me the first way, where the person is recognizably the same as they were all along, but with a different outlook. This is a conversion rather than a change based on a conscious choice and doing something for the sake of another is usually the result rather than the catalyst for change. The selfless act comes after the conversion, not before.

One of the interesting results of a change/shift based on the protagonist’s choice to rise above their own self and do for another is that there is often a benefit for them on the other side of this act. But because selflessness is a value of our higher timeless nature, the benefit may not happen in a timely manner, or even while the protagonist is alive. There are many stories from religious traditions that show a benefit coming after death, often in the form of recognition a person never had in life.

I don’t want to step on anyone’s faith here, so I’ll point to a decidedly secular example in the film Titanic. Jack, the protagonist, sets aside his goal to become a painter in the New York for the sake of saving Rose’s life—a far more selfless act that he has ever performed, and a true connection with the world of other’s needs. He dies in the process, but his memory guides her life, and his artwork survives the sinking of the ship.

I love this pattern. I always have a sense when I am writing of the contrast between how things are on earth and how things might be in a perfect world, and this higher self-choice/climax/unforeseen benefit pattern bridges that gap. It was helpful for me to figure out this mechanism and to know it didn’t depend on me having a vision. But I also have found that it works best when it is unplanned, and I get to the end of a story not knowing what choice my protagonist will make. It’s best to be surprised, but also to understand the mechanism for how and why the surprise worked. This is only one of many kinds of endings a story might have, of course, but when it works, when it feels inevitable, it’s magic. 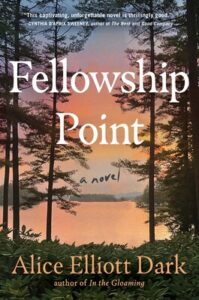 Alice Elliott Dark is the author of Think of England and two collections of short stories, In the Gloaming and Naked to the Waist. Her work has appeared in The New Yorker, Harper’s, The New York Times, Best American Short Stories, and O. Henry: Prize Stories, among others. Her award-winning story “In the Gloaming” was made into two films. Dark is a past recipient of a National Endowment for the Arts Fellowship. She is an Associate Professor at Rutgers-Newark in the MFA program.

On Finding Solace Among Nature’s Gentlest of Giants, the Gray Whale 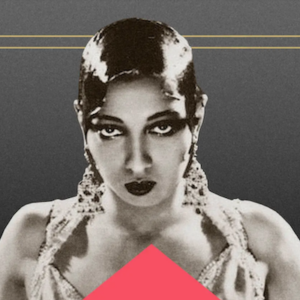