Ali Smith on the Prescient Genius of J.G. Ballard

Super-Cannes: A Perfect Novel of the Millenium

“There’s something about the novel that resists innovation,” J.G. Ballard said. He said it more than once; it was something he was fond of saying even as he himself innovated, working away beneath and pulling up the floorboards of literary tradition, one eye on the contemporanea his novels happened to inhabit and the other on a very different clock, one “whose movements are virtually imperceptible but which cover giant periods of time as the human race evolved.” Super-Cannes, which he published on the cusp not just of a new century but a new thousand years, makes inquiry into both—the time we inhabit and our place in evolutionary terms. It parallels the ancient mysteries of Eros and Thanatos alongside what’s called human progress. It rewrites (it seems literally to do this as it unfolds) the speed and expectations of English narrative while examining our warmth towards, our desire for, and the naivety and comfort in our nostalgia about, the novel form.

It’s as if he’s questioning the form’s uses to us, now, the postmodern, evolved, post-Nietzscheian so-civilized human beings of the beginning of the next millennium, as he put it in an interview with John Gray:

We inhabit a house in which there are rooms that have never been unlocked, down in the basement. Now and then we’ve had a glimpse in these rooms and there are strange old cabinets and odd musical instruments. What sort of tunes do they play, one wonders, lying in the dust? … There is a darker corner of the human psyche which intrigues us, and which we feel might benefit us if we started to explore it. It’s almost a kind of murder mystery investigation. A crime happened, perhaps, or some strange event in the human past, and we are drawn to try and understand what happened.

What will happen when we go down to play in the dark of the self? What will happen when Nietzsche collides with the expectations of the super-rich exclusive-set beach-
read? This: a brilliant hybrid, a glistening, riotous and deadpan piece of visionary slipstream—a brand new kind of crime novel. Super-Cannes is the keystone of Ballard’s trilogy about gated communities, along with Cocaine Nights (1996) and Millennium People (2003), all three of which examine, via this gated microcosm, time, crime and psychopathology. It takes as its subject the liberal (seeming) nature of the giant corporations up against the truth about human instinct and human nature.

An exemplary good sort called David Greenwood has run amok, killing several work colleagues in Eden-Olympia, a science/business park plus paradisal residential complex nestling among the swimming pools in the hills above Cannes in the well-heeled south of France. Paul, an aviator who has badly damaged his knee (in a crash in a plane before it even left the ground), and his new and much younger wife, Jane—the middle-aged Paul is having what might be called a late romance—arrive in Super-Cannes from Maida Vale in their old classic Jaguar. It’s as if they’ve arrived in the future in a gorgeous clunky time-machine, “still locked into the past,” a past that’s “a huge phantom limb which aches and throbs,” so shockingly suddenly gone it’s like it’s been amputated.

Jane is taking Greenwood’s job. They inherit the mystery. Why would a good man living in a “suburb of paradise” go mad, they wonder, looking down at how the “hundreds of blue ovals trembled like damaged retinas in the Provencal sun.”

Its very first paragraph announces a collision between notions of heaven and territories of mental state. It declares a “waiting madness,” a “state of undeclared war.” It veers, in a few lines, from heaven via psychiatry all the way to murder, asking the question along the way about what shape an “intelligent city” might take and tossing in—quite casually—a collision of ancient and modern cultural and aesthetic references from the mythical god of communication and the dead via the Surrealists to The Tempest, the last of Shakespeare’s own late romances. This novel is full of resonances from and references to novels and texts (as well as all the film narrative riffs which might be expected in any suburb of Cannes); it’s actually a very bookish novel; a library literally litters it: Defoe, Saint-Exupery, Connolly, Fitzgerald, Greene, Spark, Hardy, Stevenson, Proust, Conrad and Carroll—above all, Carroll: since this is a novel which deals simultaneously with the form’s real and seeming innocences, its nostalgias, its fetishized and subterranean urges, with its own very specific “Alice library” at its core.

“The French see the Alice books as a realistic picture of English life,” Wilder Penrose says. He’s the park psychiatrist, the mind-man, the Prospero, or puppetmaster, or God, of Super-Cannes (and a clinical, rational, reassuringly whitecoated version of Angela Carter’s foul and clever dream-inventor in The Infernal Desire Machines of Doctor Hoffman). Names of characters in Ballard’s work tend to be almost camp in their resonances; the corrupted good man is inevitably called Greenwood, the protagonist and his wife have single-syllable-resonance names rather like children just arrived in this heaven/hell from a How To Read infant primer. Penrose himself bears the name of one of the few truly revolutionary British Surrealist artists of the 20th century. But even here Ballard wants something beyond expectations. He wants a wilder Penrose, something even more surreal than surrealism itself, and maybe also a wilder kind of pen, to rise to the challenge of this newfound mystery territory (not forgetting all the attendant sexual punning too).

It looks, on the surface, like naturalism. It’s not long before it’s become much richer and stranger, a prose that reads as part clinical, part ritualized. But even as it’s all being spelled out to us, in a prose so seemingly utilitarian that it hides nothing, and even with our rather lame protagonist, a “pawn primed with fresh information” so holy-fool-like that he blurts out the truth every time he gets closer to the mystery, something begins to form that’s well beyond the genred notions of murder mystery, something mysteriously uncategorizable (well, as anything other than Ballardian). Meanwhile Super-Cannes acts as fictive parody, even self-parody, with as many warnings and Scooby Doo clues and red herrings as the average Agatha Christie.

Its warning is both melodrama and truly urgent. “Read this … you may be in danger.” Its revelation is the dilettante, distracting nature of the usual kinds and mechanics of fiction. “Satisfied that I had virtually solved the mystery, I took a rose from the vase on the hall table and slipped it through my buttonhole,” Paul says, like an idiot, on only page 50 in a novel which, while pointing out the inescapability of role, anatomizes all role-play and performance in a determination to get closer to what acting and action really are. Such solvings, such a performance of control act as distractions from a frank reality which, as Ballard is at pains in his foreword to point out, is the root source of this thriller that writes itself, foresteps its own footprints, lets us know repeatedly, ritualistically, fetishistically, like a dripfeed, that we’re only being told so much, then unwinds like an increasingly wild and fevered nightmare in a prose so spare-seeming and at the same time so near parody that the baroqueness of the truth, and its simultaneous mundanity, aren’t so much revealed as simply apparent, if we just look.

It’s a display of narrative’s irrelevant yet crucial effect on its readers in the face of the open secret, the lack of mystery at the heart of this novel, where Penrose, in Ballard’s brilliant anatomizing of psychopathy, simply legitimizes every possible taboo and crime in the name of entertainment—or maybe even just the dispelling of boredom.

In this, Super-Cannes performs, critiques, then effortlessly outsteps expectations of the novel form. Angela Carter, who recognized Ballard as one of the writers “the times shine through … so that we think they see more clearly than we do, whereas in reality they are making us see more clearly,” quotes him in an essay she wrote in the Orwell year, 1984: “I wanted a revolutionary fiction; I wanted the recognition of the whole domain of the unconscious, something British naturalistic fiction never attempted. I wanted a fiction of the imagination which would tell us the truth about ourselves.”

Will Paul escape? What will happen, in the novel’s vicious circling? “High up here in Super-Cannes, nothing matters.” Its revelations aren’t revelations—deep down we knew them all along—and they’re coruscating, blasting, and very everyday. Its long-view version of the human story blows the fictions out of the water. It both rips up and pays homage to the library. It tells no lies. It transforms the act of fiction. What a great novel.

Storage Space for the Undead: Inside the Cryonics Business 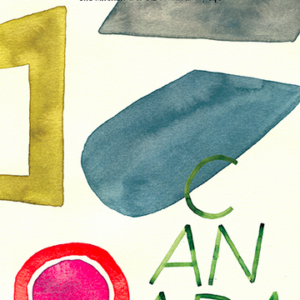 Some nights, when the rabbit and I are both down on the ﬂoor playing tug of war with his toy carrot, he will suddenly freeze...
© LitHub
Back to top