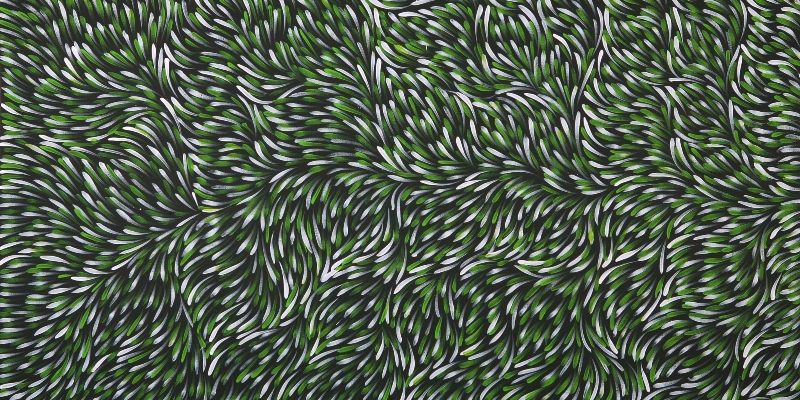 Alexis Wright on the Inward Migration of Apocalyptic Times

As the world falters, threatening native ecosystems and Indigenous lifeways, acclaimed Australian Aboriginal author Alexis Wright turns inward to the dwelling place of ancestral story. From here, she considers how her ancient culture has responded to ongoing destruction—and how to bear witness to the creation of a post-apocalyptic world.

When The Swan Book was published in 2013, the Australian literary critic Geordie Williamson described the book as a curse poem, comparing it to Ibis, a poem that Ovid composed in exile—a period during which he considered himself to be buried alive and created poetry that reeked of sadness, isolation, pride, self-pity, and anger. Williamson felt that my novel, like Ibis, emerges from the experience of exile: “in this case, the physical displacement and inward migration of Indigenous Australians since European arrival in 1788.”

This inward migration can be described as being locked in a prison of the mind. It can also be described as retreating to the dwelling place of stories: a return to country, going home to where the stories of our culture are kept in the mind—for the mind that knows how to read country. The inward migration is most often a solitary journey, a turning away from the bombarding speed of reality hitting your very sense of being and destroying your soul. Returning to the place of country held in the mind is a way of figuring out how to deal with the powerlessness we sometimes feel from having to continually hold back the end-of-the-world times and confront ongoing realities. It’s where we go to slowly pick things apart, to reimagine our world in new ways, and sometimes we come out the other side with a map of how to make some sense of our world.

An inward migration can also be thought of as closing one’s country, closing the door, sealing off the home place in the mind from others. It is through an inward gaze that we go back to country in thoughts and in dreams. We return to talk with the spirits about how the deep feelings of culture can be thought through, cared about, and compared with our knowledge of the world. It is where we examine truth, and it is through our soul-searching that art and beauty can grow, regenerate, deepen the connections—just as country renews and fulfills its own stories. “Catch the beauty before it fades away” Djungatjunga Yunupingu recalled his brother—the beloved Yothu Yindi singer of the Yolngu homelands near Yirrkala in Arnhem Land—once saying. You can see the power of this beauty, of being in the precise place of vision, running through all of our art and stories, in both traditional and contemporary forms.

This inward place is where we work with our own thoughts—our own sovereignty of mind, our own sovereignty of imagination—and where we keep our own knowledge safe. This is where we fashion, and refashion, and imagine the stories we want told, where we catch the essence of a story before it drifts away, or before it is overrun by the power of those other stories, created by the score in this country, to distract our thinking. In the inward place, we can speak the truth more easily, and often with humor, because of the ease we feel being in the family home of traditional country. This is also where we flourish by making new stories: bringing new sagas of the “all times” into our world and also dealing with the stories of consolation, redemption, and reckoning.

Alexis Wright is a member of the Waanji people from the highlands of the southern Gulf of Carpentaria in Australia. She is the author of the novels The Swan Book and Carpentaria, winner of the Miles Franklin Award, Australia’s most prestigious literary prize. Wright has published three works of nonfiction: Take Power, Grog War, and Tracker, a collective memoir of Aboriginal leader Tracker Tilmouth and winner of the Stella Prize. She was recently named the Boisbouvier Chair in Australian Literature at the University of Melbourne.

Gloria Petyarre is an Aboriginal artist who creates nature-inspired paintings using delicate brush strokes and elements of her Aboriginal culture. She is the custodian of several Dreaming stories, including the Pencil Yam, Bean, Emu, and Mountain Desert Lizard. Gloria is the recipient of the prestigious Wynne Prize and has been selected as a finalist in the Telstra Aboriginal and Torres Strait Islander Art Award in the Northern Territory. Her works have been featured in the Robert Holmes à Court Collection, The National Gallery of Australia, and the Museum of Victoria. She lives in Utopia, an Aboriginal homeland located in the north of Australia.

The Hidden Narrative in Middlemarch That 2021 Readers Will Spot 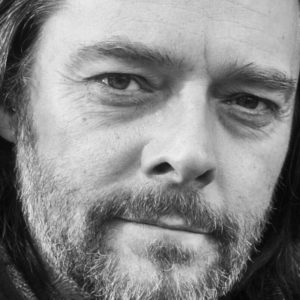 In today's bonus edition of Behind the Mic, actor and narrator Nicholas Boulton joins host Jo Reed to discuss his narrations...
© LitHub
Back to top