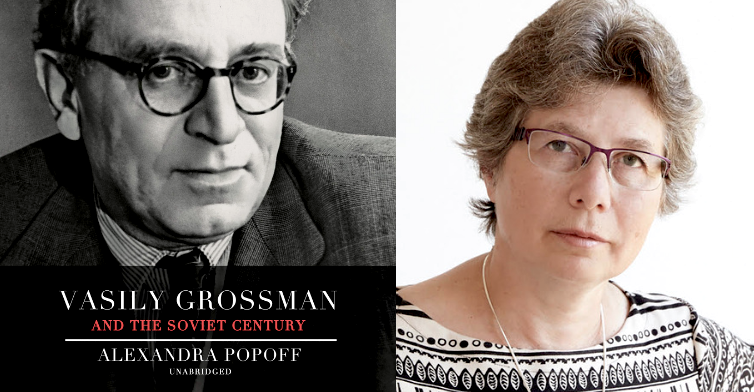 In Conversation with Jennifer Eremeeva on the New Books Network

This week on New Books in Russian and Eurasian Studies, Jennifer Eremeeva speaks to Alexandra Popoff about Popoff’s timely and excellent biography, Vasily Grossman and the Soviet Century (Yale University Press, 2019). Their conversation centers around the ongoing dilemma of being a writer in the Soviet Union, where memory and truth were nowhere so malleable. Writers—notably, Vasily Grossman—had to decide whether to conform to State-mandated topics and themes, or consign themselves to obscurity, writing only for “the desk drawer” or “without permission.”

In Vasily Grossman and the Soviet Century, Popoff expertly traces Grossman’s passion for the rights of the individual and his burning need to tell the truth about what he witnessed in both war and peace. The biography unflinchingly shows us the cost Grossman paid for both.

Jennifer Eremeeva: Throughout your book it’s clear that Vasily Grossman feels an intense link to Leo Tolstoy and not just because they’re both writers, and novelists, and journalists and this seems to be something that comes to him early in his career and stays with him throughout his life. Could you expand on that a little bit—and how he regarded Tolstoy as a role model or . . . what would you say?

Alexandra Popoff: I remember Grossman’s letter he wrote as a very young man; Grossman was in his early twenties when he reread Tolstoy’s novella A Death of Ivan Ilyich and he wrote to his father in the letter that the novella deeply impressed him. This novella tells about a man dying of cancer and Grossman writes to his father that questions of life and death are most important. What this novella allowed Grossman to understand—it allowed him to relive his experiences of civil war, to make sense of a single human life. Because what he saw, and what anybody saw during the civil war—and felt—was that a single human life no longer had value because there would be hundreds and thousands dying. There was fighting ongoing in Ukraine especially . . . and here the focus was: one human life.

As we know, Grossman’s short story “In the Town of Berdichev” (that made him famous overnight, published in the early 1930s),so— this story came as a surprise. At the time it was totally different from the prose published on the civil war. Because the focus was not the war, the focus was not on the Reds, or the White Army or ideology or anything—the focus was on the woman, a woman commissaire who stays in Berdichev to give birth and the experience of this woman commissaire turning from a fighter—revolutionary fighter—into a mother. It was completely unlike anything published during the civil war . . . . But the focus on the individual, that came from 19th century literature. Grossman was deeply influenced by Tolstoy’s and Chekhov’s literature and their humanistic tradition—the 19th century realist school.

JE: The issue with his mother makes its way into Life and Fate in one of the more moving—I mean there are so many moving passages in Life and Fate—but the letter that he imagines Viktor Shtrum’s mother writing to him, can you talk a little bit about why Grossman included that in the novel the way he did. It seemed sort of like a therapy—I mean that’s a very 21st century way of looking at it but was he trying to assuage her ghost. What are your feelings about that?

AP: So Grossman wanted to bring her alive in this novel. He never stopped thinking about her death. We know that Grossman wrote two letters to his mother beyond the grave: one letter in 1950 on the ninth anniversary of the Soviet massacre and the second letter in 1961 on the twentieth anniversary of the massacre. These letters were written on a single page and Grossman’s family did not know that these letters existed. It was only after Grossman’s second wife that the daughter in law was going through some papers in Grossman’s desk and she found this letter in the envelope along with a photograph made by a Nazi, where you can see a photograph taken by a mass execution of Jewish women and girls.

So Grossman vowed to never forget. And the photograph, perhaps as I think, may have been the last link to his mother. In a letter in 1950 that Grossman wrote, “I have tried dozens perhaps hundreds of times to imagine how you died, how you walked to your death; I have tried to imagine the man who killed you. He was the last person to see you. And then there are such lines, “To me you are as alive as when we saw each other for the last time, as alive as when I was a little boy and you used to read aloud to me, and my pain is still the same as when one of your neighbors on … street told me that you were gone and there was no hope of finding you among the living.

I think the key theme is Grossman’s passion to document the life and fate of individuals in the sweep of history and the price he paid to stay true to that.

Grossman was in Berdichev in 1944 following the liberation of the city, and he, aside from trying to learn how his mother had died, he collected material, he interviewed several survivors and interviewed witnesses. For the article he wrote later about Berdichev’s Balta massacre—this article was included in The Complete Black Book of Russian Jewry which he was producing collaboratively. They both were editing accounts and both were attempting to publish very original articles in this books. This book was banned in 1948 and all printed copies were destroyed—had the plates broken up so the book wouldn’t be restored. But the book was published, as we know, later on, because they managed to send some copies abroad (the Russian language copies were sent abroad) but—back to Grossman’s mother.

Grossman felt extremely guilty that he was unable to save his mother. Grossman invited his mother to come and visit him before the war—to come to Moscow—but his wife Olga Guber was against it and, Grossman’s mother used to visit the family and stay at their country house in July but Grossman wanted her to come ahead of her usual visit. So . . . . [in Life and Fate] Shtrum tells his wife Ludmilla, “If you were on better terms with my mother, she would have visited us, come to Moscow, and she would have lived. So Grossman with that sense that he failed to prevail over his wife’s reluctance to accommodate his mother and that his mother could have lived.

JE: Oy! That’s quite a story . . . . I would like to talk to you a bit about the fate of Life and Fate. He writes the book and is unable to get it published and again—legend has it—they take down to the typewriters ribbons away from him, so that he couldn’t recreate it. (It was only published after his death.) In your book you make mention of Soviet writers understanding that there’s two kinds of writing, one is to be published and the other is for “the desk drawer” or “without permission.” I think it’s clear that Grossman’s wartime experiences and his tragedy with his mother and his passion for the truth are all that he pours into Life and Fate—so it seems like it was a book for the desk drawer but why did he make no attempt to smuggle the book out like Pasternak did with Doctor Zhivago?

Grossman wrote Life and Fate for the Soviet reader. He wanted to push for greater change. He was a man on a mission; he always lived for the causes.

AP: That is quite clear to me because of what he witnessed during the campaign against Doctor Zhivago in the Soviet Union. Doctor Zhivago was discredited by the Soviet authorities and no one was allowed to read the book. There were public meetings to denounce the book—which nobody read. And Grossman wrote this book, he wrote Life and Fate for eight years. He invested all his understanding of the Stalinist totalitarian state; he wanted Stalinist crimes never to be repeated. There was never a Nuremberg trial for Stalinists.

When Khrushchev started a campaign against de-stalinization, his campaign was extremely careful. They referred only to some of Stalin’s mistakes, the cult of personality, never to the millions of deaths, never to mass purges, never to mass arrests. Grossman wanted to tell the truth, the whole truth, and there are words in Life and Fate that, you can’t live with no truth, with partial truth—partial truth is no truth at all. And there, when he writes that, he is referring to his previous novel, Stalingrad, where he is only able to tell partial truths. Grossman wrote Life and Fate for the Soviet reader. He wanted to push for greater change. He was a man on a mission; he always lived for the causes, and he was never thinking about himself.

Another thing is that after spending eight years with a novel, twenty years overall if we take Stalingrad on this whole cycle, he lost sight of how explosive his book was. So he believed that he would be able to publish, at least try to publish. He read this novel to his friends—his friends were saying that it was completely out of the question, that the book could not come out. Because of the clear comparison between Nazism and communism. Even today, this comparison is prohibited—banned—in Russia. So, that’s how he was far ahead of his day.

Pablo Cartaya on Heading to the Heart of Controversy, and More 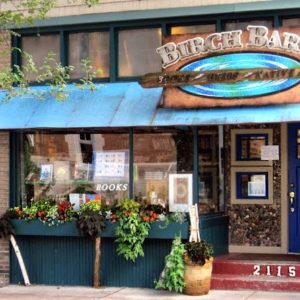