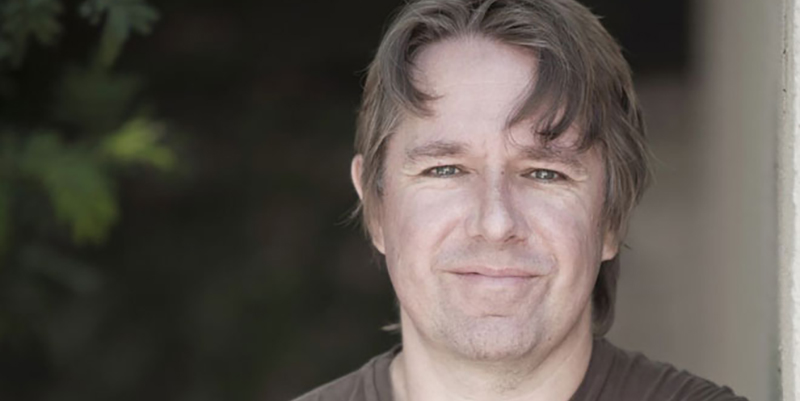 In Alastair Reynolds’ Eversion, the setting keep changing—the epoch, location, and technology—but the characters remain more or less the same as they carry out an expedition to a mysterious object at the behest of a private investor.

The novel starts on a tall ship in the early 1800s in waters in the Arctic, then jumps to a paddle-steamer near the Antarctic, then a dirigible over Antarctica, and eventually concludes in the future on a submarine-like explorer under the ice of Europa, the Jupiter moon.

The story is a puzzle, challenging the reader to figure out which if any place and time is real. Adding to the mystery is the reader’s dependence on a first-person narrator Silas Coade, the expedition’s physician. Is the story a book he is writing, a delusion, a series of alternate realities or something else?

Reynolds says his original intention with Eversion was to “recap the entire history of science fiction … We were going to start in a kind of Mary Shelley, Edgar Allan Poe mode. And then it was going to go into sort of Jules Verne and then maybe a bit of H.G. Wells, then a sort of early pulp sleuth thing.” That would have been followed by classic space opera and episodes in the styles of Robert Heinlein, Arthur C. Clarke and Isaac Asimov followed by 1960s and ’70s new wave.

“But once I started writing the book, I realized that there was no way I could bring sufficient variety to the craft to make those episodes work,” he says. “So I cut it down drastically to four or five episodes for the finished product.

Rob Wolf: Could you tell us a little bit about Dr. Silas Coade and why did you chose him to be the narrator? I wondered if Silas was based on you because he is a writer like you and is scientifically minded, and you used to work as a science researcher.

Alastair Reynolds: When I start writing a novel, I rarely have a clear sense of the narrative voice that I’m going to use or the primary character. In this case, it’s a first-person viewpoint. We’re essentially in the head of Silas Coade for the entire novel. … You’re asking how much of him is me? Well, I’ve got no medical background, but I find that doctors and medics crop up in my fiction a lot. I really enjoy reading medical memoirs. I think hopefully I’ve absorbed enough of that that I can maybe pull it off to some degree to make the characters seem reasonably convincing. Silas also has West Country roots. That’s the case for me, because, although I’m Welsh and I live in Wales, half my family are from the West Country.

He doesn’t have the airs and graces of all the well-connected, somewhat upper class characters who form some of the other figures on the expedition. And he’s got, I suppose, a bit of an inferiority complex. He thinks that everyone’s looking down on him because he didn’t go to the right medical schools.

I don’t want to draw exact correlations, but I didn’t go to Oxford or Cambridge. I had a normal British education. And so I could identify with the way this guy might feel at times—that he doesn’t have the right mannerisms to fit in at the dinner parties that the captain holds. He’s always, always slightly awkward, doesn’t quite know the right thing to say. Once I started writing the book and gravitating to the idea that he was going to be the main character, I really enjoyed doing his bits and particularly his interactions with the other crew members.

Brenda Noiseux: For much of your career you’ve written series of books or multiple books set in particular universes. How big of a shift was it to go from something sprawling like that to the self-contained, first-person view of one character?

Alastair Reynolds: I’ve written quite a few novels, but I’ve also written a lot of short fiction, many, many short stories, and quite a few novellas. When you write a short story or a novella, you can get closer to something that you’re pleased with at the end of it. I’m not saying you achieve perfection, but you can’t get anywhere near perfection in a novel. There’s so many parameters, so many things that can go wrong with a novel, so many plates that you have to keep juggling in the air. It’s a wonder that any novels succeed at all.

But when you when you’re writing something that’s more contained, 20,000 words, you’ve got a shot of getting it polished. This story, it’s about 80,000 to 90,000 words. It’s not a short novel, but by the standards of some of the others books I’ve written—science fiction and fantasy doorstoppers—it’s actually quite concise.

I went into it with the mindset that I was writing a long novella because I knew that was achievable, and I thought I can really home in on the main character and maybe do some of the character work at novel length that I feel I’ve done in shorter works.

Rob Wolf: Should we talk about the title for a moment? I mean, what does eversion mean?

Alastair Reynolds: I was on a trip down the Wikipedia rabbit hole one night, noodling around following links and I found an article about something called sphere eversion. I was kind of aware that there’s some interesting mathematics about things you can do with spheres, but this one caught my eye. The problem is, if you have a sphere, can you turn it inside out? And the answer is yes, you can in a specialized mathematical way that doesn’t map onto what we think of turning things inside out, so it is not the same as turning a football inside out.

And I thought, “Well, it’s kind of interesting.” Computer graphics showed intermediate stages of sphere aversion in the article, and it just sort of struck me that this could be a good hook for a science fiction novel—a kind of governing metaphor where you could have things turning inside out. And at the same time, I was also thinking about this kind of self-contained gothic science fiction novel. And I thought, “Well, I wonder if I can bring the two things together in some way.”

Very early on I told my editor that the book was going to be called Eversion, so it had to be called Eversion and have stuff about sphere eversion in it because I’d already said what the title was. That’s just kind of how I work. It’s not a book about mathematics, but the idea engages one of the characters. He’s very preoccupied with this idea of sphere eversion, and initially it seems to be an abstract preoccupation that does him no good at all because he sort of neglects his own health, but it turns out to be much more critical to the survival of the characters than we initially realize.

Alastair Reynolds is a former research fellow at the European Space Agency. He’s been writing fiction full-time since 2004 and has 19 novels and more than 70 short stories to show for it. His work has been shortlisted for the Hugo, Arthur C Clarke and Sturgeon awards. He’s won the Seiun, Sidewise, European Science Fiction Society and Locus awards, and his stories have been adapted for stage and television. 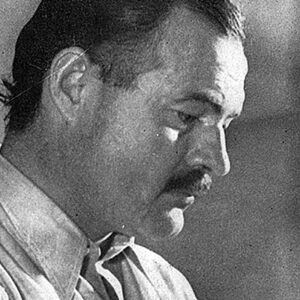