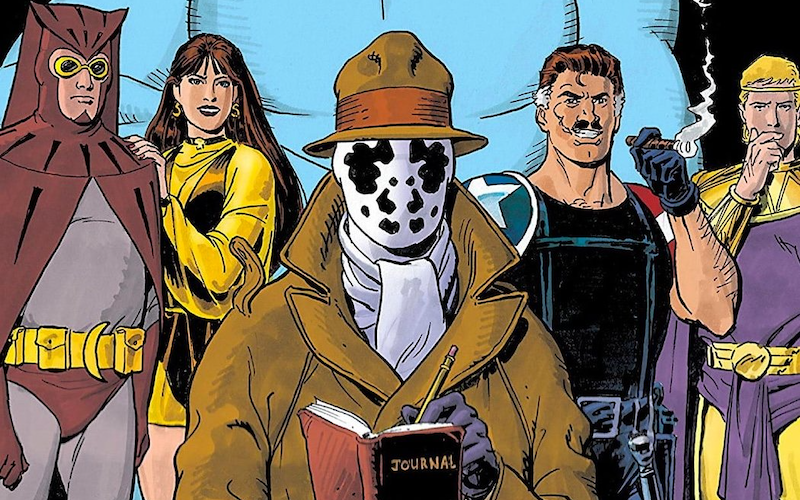 Alan Moore on Marvel vs. Scorsese: the influence of superheroes is “embarrassing” and “worrying.”

Earlier this month, Martin Scorsese sparked a firestorm of online “discourse” when he wrote in the New York Times that Disney’s Marvel franchise films were “closer to theme parks than they are to movies.” The fanboys of the world (aka the internet) freaked out.

Today (on his birthday no less) Alan Moore, godfather of the graphic novel, creator of Watchmen, and all-around unapologetic curmudgeon, has weighed in. In an interview published in Brazil’s Folha de São Paulo (here) and now translated and published on Moore’s website, Moore describes comic books and their characters as “white supremacist dreams” and the popularity of superhero films as “some kind of deliberate, self-imposed state of emotional arrest.”

What was the impact of popular heroes comic books in our culture? Why are people fascinated by alternative realities?

I think the impact of superheroes on popular culture is both tremendously embarrassing and not a little worrying. While these characters were originally perfectly suited to stimulating the imaginations of their twelve or thirteen year-old audience, today’s franchised übermenschen, aimed at a supposedly adult audience, seem to be serving some kind of different function, and fulfilling different needs.

Primarily, mass-market superhero movies seem to be abetting an audience who do not wish to relinquish their grip on (a) their relatively reassuring childhoods, or (b) the relatively reassuring 20th century. The continuing popularity of these movies to me suggests some kind of deliberate, self-imposed state of emotional arrest, combined with an numbing condition of cultural stasis that can be witnessed in comics, movies, popular music and, indeed, right across the cultural spectrum. The superheroes themselves—largely written and drawn by creators who have never stood up for their own rights against the companies that employ them, much less the rights of a Jack Kirby or Jerry Siegel or Joe Schuster—would seem to be largely employed as cowardice compensators, perhaps a bit like the handgun on the nightstand.

I would also remark that save for a smattering of non-white characters (and non-white creators) these books and these iconic characters are still very much white supremacist dreams of the master race. In fact, I think that a good argument can be made for D.W. Griffith’s Birth of a Nation as the first American superhero movie, and the point of origin for all those capes and masks.

You have desconstructed an entire genre and exerted major influence in the adult comic books after the publication of Watchmen. How do you see it’s lasting impact on comics?

Frankly, I don’t think about comics that much, I don’t think of Watchmen at all, and the lasting impact of one upon the other is really no longer my concern.

You can read the full interview here.