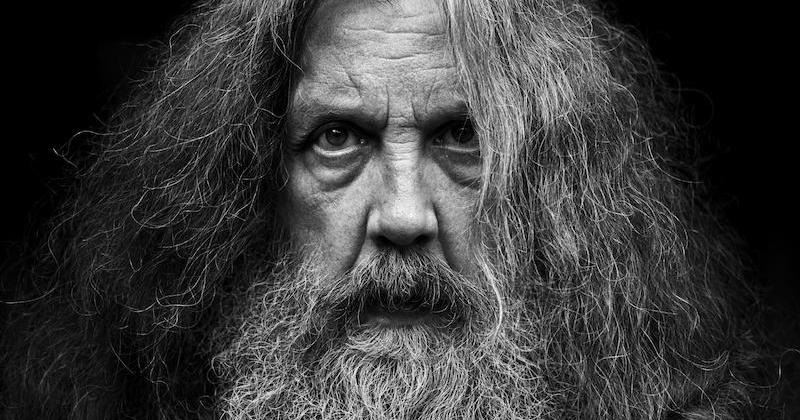 Alan Moore is back—with a five-volume epic fantasy series about London (sort of).

Alan Moore is back, baby, and he’s positively bursting with fiction (his words, not mine).

Yes, two years on from his much-publicized comic book world retirement, the mercurial, cantankerous, adaptation-hatin’ creator of Watchmen, V for Vendetta, From Hell, and The League of Extraordinary Gentlemen has has signed a publishing deal for Long London, a whopping five-volume series of epic fantasy novels about a “timeless shadow city full of magic and memory somewhere beyond the ‘real London.’” Bloomsbury UK will publish the series in 2024, as well as Moore’s first collection of short stories, Illuminations, in 2022.

The Original Writer’s last foray into traditional(ish) fiction came in 2016 with the publication of Jerusalem, a kaleidoscopic doorstopper novel, set in and around the author’s hometown of Northampton, which critics called “beautiful and maddening,” “a massive literary achievement for our time,” and (my personal favorite) “a battle cry for an embattled class left behind by centuries of powermongers and tyrants and corporations and New Labour.” Whether Moore can, with Long London, possibly top such a leviathanic achievement remains to be seen, but I wouldn’t bet against it.

While we’re all here, let’s take a moment to remember this amazing quote, which Moore gave to Deadline in a rare interview last year:

I haven’t seen a superhero movie since the first Tim Burton Batman film. They have blighted cinema, and also blighted culture to a degree. Several years ago I said I thought it was a really worrying sign, that hundreds of thousands of adults were queuing up to see characters that were created 50 years ago to entertain 12-year-old boys. That seemed to speak to some kind of longing to escape from the complexities of the modern world, and go back to a nostalgic, remembered childhood. That seemed dangerous, it was infantilizing the population.