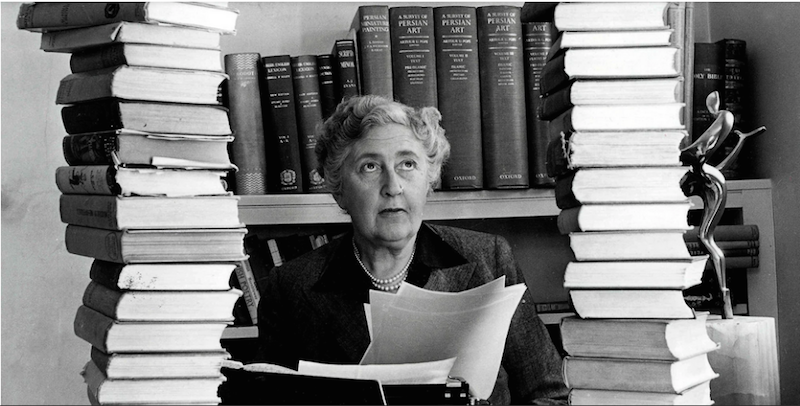 Agatha Christie is the best-selling novelist in history.

It is 100 years since Agatha Christie published her first novel, the droll Hercule Poirot whodunit The Mysterious Affair at Styles. According to a commemorative study recently commissioned by Harper Collins and completed by an independent research group, Agatha Christie’s novels have sold more than one billion copies in the English language and another billion internationally. She is history’s best-selling novelist. Bravo!

Here are some other statistics about her legacy, courtesy of this study:

• An estimated 32 million Americans have read one of Christie’s books.

• Her books are outsold only by the Bible and Shakespeare.

• Her novels have been translated in more than 100 languages, making her the world’s most-translated writer.

• 30% of readers in the US mark Christie as their introduction to the mystery genre.

In her life, Christie wrote 66 crime novels, 6 other novels, 24 plays, and more than 150 short stories. And, if all of this were not enough, Christie is also the most successful female playwright of all time.

• It turns out that her play The Mousetrap is the longest running West End show in history, having had a continuous run since it opened in 1952 and an accumulated audience of more than 10 million people.

• She is the only female playwright to have had three plays running at the same time on the West End.

• In 2019, there were more than 700 productions her plays produced across the globe.