This felt like too little too late, because by the time he said it, I knew I was precocious—precocious enough that I knew what he meant. I had been enrolled in my school’s gifted and talented program and precocity, well, it ran in the family, which may be why my uncle said it: My father had the gift of being able to ace his tests without studying, a gift I have, as does my sister, as does her daughter, now in the second grade. My niece for example recently scored perfectly on a spelling test she hadn’t studied for—but my sister still held her accountable for not studying. The reason being that a talent like this doesn’t give you any reason to develop study habits—it’s a strength that creates a weakness.,exacts a price. It’s even a way of starving your intellect.

In writing class after writing class, I see time and again how the question of talent haunts the young, who come to class hoping to make it into that anointed group—those who publish to glory young. I do understand. I’ve been there. I don’t pass along my uncle’s warning, exactly, but I know how easy it is for one of them to get a 7 figure contract just out of graduate school. Perhaps even during. And, maybe a year after the book is out, be gone for good if the book fails.

That isn’t a career, it’s a roman candle.

I remember thinking I’d started writing fiction late for having started at age 19. I remember joking when I turned 29 that I was having a mid-youth crisis because I wouldn’t publish my first novel by 30. The mystique of the child genius storyteller is hardwired into our national psyche, as is the longing to be one—whether it’s Salinger and the Glass family child prodigies, or Carson McCullers, or Truman Capote, or Ender from Ender’s Game. One of the only stories I remember of Jesus in the Bible from my lackluster Methodist churchgoing as a kid involves the time he was found telling stories to adults, who all listened, enchanted by his wisdom. Wherever you go in American culture you end up near this myth about a talented child and a story.

The question of age haunts my older students more than talent. They may or may not wonder if they have talent but they usually fear, whatever the verdict, that they’ve waited too long to start. To them, I’ve given the novels of Penelope Fitzgerald, who debuted at age 60, or Julia Glass, who debuted at 46. But I know they aren’t wrong to be a little afraid that they have lived a long time before writing—even though we all claim to read for wisdom and insist MFA students are too young to be studying writing. Publishing still overwhelmingly loves the story of the genius child. Though the irony of the wunderkind is that the status is typically conferred on a talent that is considered rare. But you can’t have a crowd of the rare. The myth’s popularity is such that the real rare bird is the writer who debuts after 40.

Sam Tanenhaus, writing for the New York Times on the occasion of the 2010 New Yorker 20 under 40 list, took the occasion to insist that youth has always mattered to American writing and was perhaps even essential to all great works of genius. From Melville to Hemingway, Fitzgerald, Faulkner, Oates, Pynchon, Mailer, Updike, he ticked off the major writers in his memory that started young. He then even went one better. The New Yorker’s list aimed at posterity, which he felt was a mistake:

…the emphasis on futurity misses an essential truth about fiction writers: They often compose their best and most lasting work when they are young. ‘There’s something very misleading about the literary culture that looks at writers in their 30s and calls them ‘budding’ or ‘promising,’ when in fact they’re peaking,’ Kazuo Ishiguro told an interviewer last year. Ishiguro (54 when he said this) added that since the age of 30 he had been haunted by the realization that most of the great novels had been written by authors under 40. At the time, this anxiety struck some as comical, but history bears Ishiguro out.

While Tanenhaus then conceded that Don Delillo and Philip Roth had shown that at least some writers get better with age, near the end, Tanenhaus even introduced a complaint: “Yet today even writers deep into their 30s are depicted as being perpetually on the threshold, ingénues or hothouse shoots who need to be coaxed toward some hypothetical eventual flowering.”

Saying then, without quite saying it, that perhaps a New Yorker 20 Under 30 list is what was really needed. Or at least that the writers here had already done their best work.

Increasingly, authors who’ve debuted at age 40 or older have pushed back on this idea that talent matters most when talent is young—or that an emerging writer is only a writer under 40. A year after Tanenhaus’s manifesto, if that’s what it was, Martha Southgate’s “Older and Wiser” could be said to have started the call over at the Millions in 2011. She was, at the time, 50 years old, publishing her fourth novel, and looking on with some envy at the age-restricted prizes and honors—the National Book Award’s 5-under-35, the New York Public Library’s Young Lions, the New Yorker’s 20 Under 40—and the seemingly massive coverage of debut novels over, say, second or third or fourth novels—and she asked a very simple question: “Why do the kids get so much of the good stuff?”

This hit a nerve, inspiring Sonya Chung at the Millions to start featuring writers debuting at age 40 and over. Next came the magazine Bloom, devoted to doing the same. Last February, the Whiting Foundation established a Second Novel prize with Slate, a way of supporting mid-career writers, demonstrating a growing institutional sense that perhaps not all of our resources should be focused on the young. And most recently, Robin Black’s op-ed last month in the New York Times (echoed here at Lit Hub, by Marian Palaia) laid out a case suggesting focusing on youth disproportionately rewards some who may have already benefited from a great deal of support.

Youthful achievement is often linked to privilege. Not everyone can afford to write when young. Some are already working more than one job. Others are raising children, as I was for many years. Still others may not feel safe expressing themselves, for any number of reasons.

To the extent that anyone has analyzed any data on this, Malcolm Gladwell took up our cultural assumptions about genius in the New Yorker in his essay “Late Bloomers,” back in 2008, asking why genius was so often associated with youth. He compared Ben Fountain, who had just debuted with a collection of stories, Brief Encounters with Che Guevara, and the by then very famous Jonathan Safran Foer. A former real estate lawyer who took 18 years to write his first book and a young man who wrote his first novel at 19 and published it, to international acclaim. Precocity and sagacity, which was better?

He found some answers in the work of David Galenson, a University of Chicago economist who had approached his study of creativity and age by looking into the rates of publication of various poets and their ages, and the increases and decreases in value for the paintings of very different artists—Picasso, say, who was a youthful prodigy, and Cezanne, a late bloomer. The late bloomer, Galenson found, was no myth but the product of a particular kind of mind—an experimental innovator who worked incrementally. The prodigies were conceptual in their approach, having plans in their mind that arrived fully formed that they then executed.

Galenson’s idea that creativity can be divided into these types—conceptual and experimental—has a number of important implications. For example, we sometimes think of late bloomers as late starters. They don’t realize they’re good at something until they’re fifty, so of course they achieve late in life. But that’s not quite right. Cézanne was painting almost as early as Picasso was. We also sometimes think of them as artists who are discovered late; the world is just slow to appreciate their gifts. In both cases, the assumption is that the prodigy and the late bloomer are fundamentally the same, and that late blooming is simply genius under conditions of market failure. What Galenson’s argument suggests is something else—that late bloomers bloom late because they simply aren’t much good until late in their careers.

Near the end of his essay, Gladwell notes that Ben Fountain has a novel that is late. That novel, Billy Flynn’s Halftime Walk, would go on to win the National Book Critics Circle Award, and the Los Angeles Times Book Award in 2012, when the author was 54.

I looked up the Ishiguro interview Tanenhaus mentioned. Given that Ishiguro was one of the anointed himself—selected for Granta’s Best British Novelists issue back in 1993, I was curious. And was he really also saying he was already past his prime?

No. The interview, with Decca Aitkenhead of the Guardian on the occasion of the publication of his collection, Nocturnes, in 2009, has Ishiguro initially deflecting her a little—she asks if it is true he believes this, and he says the obsession with peaking young is Martin Amis’s, and not his, before he then admits to it, a little, with the quote Tannenhaus used.

But then, he adds his remedy: “This is why I try to change and write different kinds of things, I think this is the only way out of it. You peak, and then you go and do something else.” If each novel you write has the same stakes of a debut, can you really peak too early, or get into a rut?

Nocturnes is five stories about musical prodigies. One of his characters, a woman who believes she could have been a great cellist, and has never played, and could easily function as a sort of warning about believing too much in one’s specialness. Ishiguro says of her,

“A lot of my friends are in that situation. They’ve been convinced since they were young that they were geniuses. I remember one friend wrote to me once, with a quote saying, is there life after potential? He was having one of these great crises, and sometimes you get addicted to the idea that you have tremendous potential. It’s a position I feel a lot of sympathy for, because—well I have a lot of sympathy for people who do want to do something. They just don’t have the technique.”

My uncle would have approved.

O. Henry Prizes: Read Four of the Best Stories of the Year 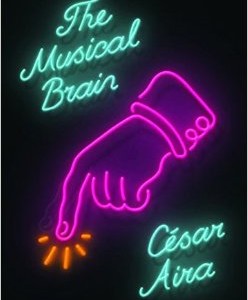 I was in a bus, sitting by the window, looking out at the street. Suddenly a dog started barking very loudly nearby. I tried...
© LitHub
Back to top