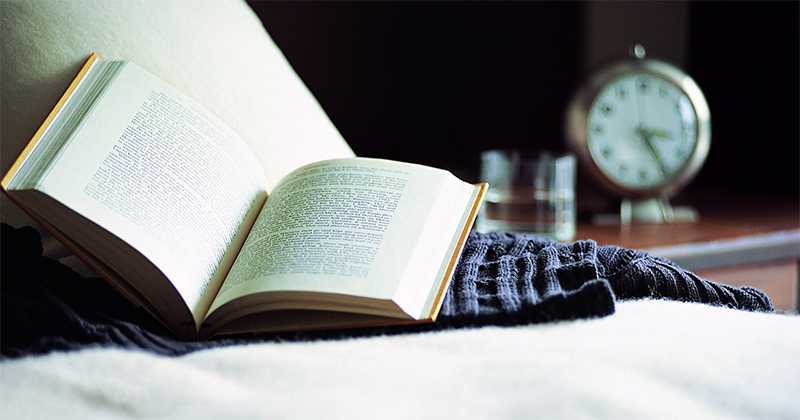 Every year, toward the end of November, the British publication Literary Review presents an award for Bad Sex in Fiction. It’s given to high-profile literary novelists in an attempt to take them down a peg, really, though its purported mission is to “draw attention to poorly written, perfunctory or redundant passages of sexual description in modern fiction.” As Natalee Cruz, writing for Electric Literature notes, “an evolution away from the idea that ‘sex sells’ . . . is still necessary.” I’m not entirely convinced that Auberon Waugh, the editor of Literary Review in 1993, the year in which the Bad Sex Award was first presented, had such noble ambitions, but Cruz is certainly right: the commodification of sex in storytelling likely has played at least some role in the dysfunctional societal narratives about sex and sexual relationships.

Whatever its current intentions, the Bad Sex Award tradition continues. Books are nominated—or rather, passages from books are nominated—and a long list is subsequently winnowed down to a short list. Judges are given the passages, completely divorced, it seems, from the context of the larger scene, chapter, or novel. Then Literary Review hosts an event at which the winner is announced, and lots of other publications pick up on the announcement, and say things like “Have the authors nominated ever had sex?”

What good is the Bad Sex Award doing exactly?

This year’s winner was, by the judges’ own admission, just not that bad. It featured a poor choice of metaphor for testicles.

Last year’s winner was Erri DeLuca’s The Day Before Happiness, written originally in Italian, but selected for its English translation. Here’s the heart of the passage in question:

She pushed on my hips, an order that thrust me in. I entered her. Not only my prick, but the whole of me entered her, into her guts, into her darkness, eyes wide open, seeing nothing. My whole body had gone inside her. I went in with her thrusts and stayed still. While I got used to the quiet and the pulsing of my blood in my ears and nose, she pushed me out a little, then in again. She did it again and again, holding me with force and moving me to the rhythm of the surf. She wiggled her breasts beneath my hands and intensified the pushing. I went in up to my groin and came out almost entirely. My body was her gearstick.

Well, if there is popular advice about what not to do in writing a sex scene, it is this: Don’t get very anatomical, or use awkward, comical metaphors. By those standards, yes, this is offensive. But can you break those rules? Of course.

Narrative voice trumps most rules. DeLuca’s story has a first-person narrator describing a sex scene in language that some people judge to be, I don’t know, misinformed or something. But a narrator is not an author. The protagonist of DeLuca’s story is a sexually inexperienced orphan living in Naples just after WWII. As The Guardian says, “the images and ideas are comically crude and exaggerated because they reflect the orphaned urchin hero’s first wide-eyed experience of sex.” Why, then, is this bad writing?

Last year, Jonathan Safran Foer’s Here I Am “tested the critical faculties of the panel. His sustained descriptions of youthful onanism trod the line between abjectly comical and comically abject,” writes Literary Review’s Frank Brinkley. A passage: “He jerked off with the determination of someone within sight of Everest’s summit, having lost all his friends and Sherpas, having run out of supplemental oxygen, but preferring death to failure.”

Brinkley claims, “The effect, however, was judged to be deliberate, and he too failed to make the shortlist.”

Well, that’s good. Because the effect was deliberate, which means Brinkley’s joke about Foer’s treading the line between the “abjectly comical and the comically abject” is really just Brinkley getting it.

It’s tempting, it really is, when you look at any passage on the shortlist, to laugh and mock and claim, “How did this even get published?” There are, after all, wildly successful books full of horrible writing. And since a lot of book lovers are writers—closeted or not—it can be fun and therapeutic to ridicule success. If this is what gets published, we say to ourselves, then I’m at peace with my latest project’s being rejected.

At first glance, a passage from Laurent Binet’s The Seventh Function of Language, nominated for this year’s prize, may produce alarm. Observe:

He puts his hands on Bianca’s shoulders and slips off her low-cut top. Suddenly inspired, he whispers into her ear, as if to himself: “I desire the landscape that is enveloped in this woman, a landscape I do not know but that I can feel, and until I have unfolded that landscape, I will not be happy . . . ” Bianca shivers with pleasure. Simon whispers to her with an authority that he has never felt before: “Let’s construct an assemblage.”

Yikes. That’s not how people talk. What the hell?

But even a cursory Google search would lead you to this one-sentence description of the book: “With a lineup of characters plucked from the heavyweights of 20th century French linguistic and critical theory, including Jacques Derrida and Michel Foucault, and a postmodern mashup of texts, facts, and falsities, the novel is a cunning, often hilarious mystery for the Mensa set and fans of Umberto Eco’s The Name of the Rose and Tom Stoppard’s Arcadia.” Within that context, the passage may not be so bad. It may even be—bear with me—intentionally humorous.

Time and time again, the Bad Sex Awards really seems to be entirely deaf to intent and tone and a passage’s relation to the larger narrative.

And such deafness spills into the reporting done about the award. Typical is something like this introductory paragraph to The Guardian’s 2011 article on the winner: “An over-reliance on coy terms such as ‘family jewels,’ ‘back door’ and ‘front parlour’ has won acclaimed American novelist David Guterson the dubious accolade of the Literary Review’s bad sex in fiction award.”

Later in the article, we get to see some excerpts, however: “these sorts of gyrations and five-sense choreographies, with variations on Ed’s main themes, played out episodically between 10 pm and 10 am, when Diane said, ‘Let’s shower'”; and “she took him by the wrist and moved the base of his hand into her pubic hair until his middle fingertip settled on the no-man’s-land between her ‘front parlour’ and ‘back door’ (those were the quaint, prudish terms of her girlhood)”.

So, just to clarify, the narrator is using these “coy terms” because they were the terms he received from his lover/mother. Wait, his mother? Yes. This is a sex scene between a mother and a son, which sheds different light on that other “coy term”: “family jewels.” Oh, and the mother, Diane, got pregnant when she was 15 and then became a high-end sex worker—not so prudish, really. Perhaps she’s lying to him. Or perhaps the author is creating irony.

Literary Review‘s assistant editor Jonathan Beckman argued, “He says in brackets that these are quaint, prudish terms but I don’t think that is sufficient justification for using them. He’s trying to find a way of writing about sex but it comes across as awkward and self-conscious . . . It doesn’t quite come off.” I’m willing to hear Beckman out. I might not even disagree with that assessment, but boy, is that nuanced (as are all of the commentaries on this year’s shortlist). Should this author really become a laughingstock for what amounts to a very subtle mishandling (maybe) of scene subtext?

When you take a passage in isolation, you lack the ability to assess whether it’s satirical, whether there’s some dramatic irony there that would make us feel or know something the character doesn’t know, whether it’s inflected with a perspective or a character’s state of mind. This last point is especially important because sex is something that is more attitudinally inflected than most activities. To look at a sex scene and to critique its description of the mechanics of the sex without having a full understanding of the attitude informing that description is irresponsible reading.

And the purpose of a sex scene in literature is often not to titillate. Sex is an interaction. The author’s goal is to use interactions to test the character in some way—and to use that test to help illuminate character objective, stakes, and personality traits. Privileging arousal makes the interaction about us, the readers, not the characters. Sometimes, of course, the characters themselves are sexually aroused—in ways that might seem immature and funny to us. But good writing about sex does not have to turn the reader on.

Literary Review is surely better than I’m portraying them. They know that context matters; they know that sex scenes do not need to titillate. But why continue this mean-spirited tradition that is sloppy and tone deaf at worst and nitpicky (in ways that elude most outlets reporting on the award) at best?

What bothers me most about the Bad Sex in Fiction Award is that it’s rooted in and accompanied by a mob of unthinkingness. There is little or no meaningful critique released with each year’s announcement of shortlists and winners, but lots of bandwagon mockery. For an infinitely more illuminating discussion of what sex could—and should—look like in literature, read Salon’s Good Sex in Fiction series (which, lamentably, only ran for one year).

TD Storm is a freelance editor and writing instructor based in Madison, Wisconsin. He is an award-winning short story writer, with work in several anthologies and journals, including Black Warrior Review and Copper Nickel.

How Important is the First Draft to Your Novel? 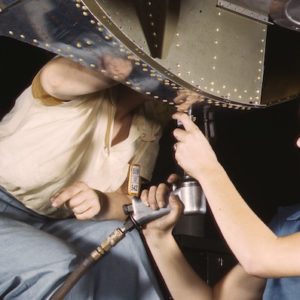 The labor lawyer I know sees her work as an act of solidarity, though she collects a salary for it, and the climate organizers...
© LitHub
Back to top