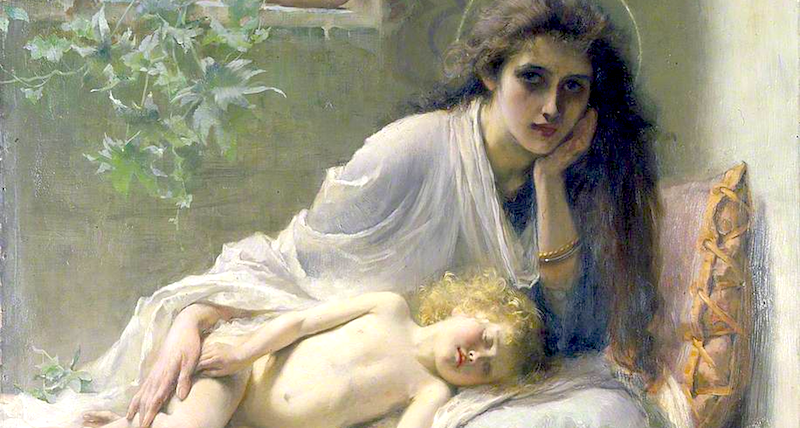 Against the All-Consuming Archetype of ‘Mom’

Sarah Langan on the Power of Portraying Mothers as
Whole, Flawed People

There’s this massive identity shift happens when women become mothers. It’s like living in a Shirley Jackson short story. You go to the dentist and fall asleep in the chair while getting drilled, because at least it’s a break from the crying. When you wake up, you temporarily forget who you are. You visit your parents and they look at you differently. The existence of your baby unearths memories in them—they see you as a child, themselves in their prime. What they also see, often more powerfully, is themselves as children. In this new constellation of family, everybody relates differently from how they used to, and nobody quite recognizes you, specifically. They see you more generically, as a MOM.

When women become moms, the culture urges us to reconfigure our priorities. We’re supposed to engage our babies at the cost of our careers, our relationships, and our very health. We’re told this is our obligation, and that there’s something fundamentally wrong with us if we desire otherwise. Strangers don’t see us as unique human beings when we’re out pushing strollers, but as archetypes. They think of their own mothers. Whatever feelings they have about their upbringings bubble to surface. The world, suddenly, is populated by children, and we mothers are MOMS to them all.

Censoring women on the pretext of bad mothering is one of the last socially acceptable forms of sexism.

When I checked into the hospital in 2011 to have my second daughter, I refused pain meds because they’d arrested my labor when I took them with my first child. To save her life, I’d had to push her out without contractions, and she was born blue. So, I birthed my second child naturally, much to the frustration of the hospital and doctor. I’d told them advance, but they somehow forgot on delivery day. After my daughter was born, healthy and not blue, head lifted and watching all of us, I went into shock. My whole body spasmed wildly. “What’s wrong with me?” I asked. “You’re dehydrated,” they told me, “Because you refused pain meds.” I asked for help, or water, or an IV, and they ignored me, explaining that they needed to focus on the baby, who was fine, and ready to be held, but I couldn’t hold her because I was shaking too much.

That wasn’t the first time I’d been punished for transgressing someone else’s rules, nor was it the first time that my child’s welfare had been used as justification. But the stoniness of those nurses who watched me shake uncontrollably was terrifying.

Censoring women on the pretext of bad mothering is one of the last socially acceptable forms of sexism. People call the cops on MOMS for infractions such as: letting toddler daughters go topless at the Brooklyn Public Library sprinklers with likewise topless boys; letting kids walk home from school alone; taking shy-pooper toddlers to the park bathroom, while older siblings remain playing without supervision. These kind, cop-calling Samaritans never offer help. They never speak directly to the moms or kids, if you’ve read the accounts. They are overcome by a rage they can’t explain.

As a kid, I loved Kubrik’s The Shining. Jack Torrance was my kind of hero. He was so funny and had the best lines, while dumb Wendy was useless. Kubrick’s framing of abuse in that film is a bizarre parody. Wendy’s got it coming; Jack’s a great man held back by his loser wife and kid. When Jack goes nuclear, it’s completely gleeful for the audience. It’s a perfect, gorgeous film and I love it, but I can see why it pissed King off. In the novel, Wendy’s fleshed out, her role not simply chain smoking, checked-out mom. Jack’s murderous instincts aren’t slapstick; they’re horrifying, and stem from a revolving mandala of childhood abuse.

As archetype, we moms are kind of like the board game Operation. The point of the game is to correct us by removing our defective bones, to carefully pick us apart.

What’s fun about both versions is that Jack can have murder fantasies about his own family, and still be the hero. Bad Dads kick ass. Not so, fictional moms. Too many readers see themselves as the injured children when moms transgress, or else they remember raising their own kids, and it pisses them off that anybody in their shoes gets more freedom than they got. That trenching of desire, to me, is evidence that MOMS are perceived as something less than human. The problem with being inhuman, even when venerated as “goddesses,” is that we’re reduced to things. It’s easy to love a thing, and just as easy to hate one.

In writing Good Neighbors, this forced archetype of MOM was a fresh wound for me. My book is about a lot of things, but one piece of it is the weaponization of motherhood. As archetype, we moms are kind of like the board game Operation. The point of the game is to correct us by removing our defective bones, to carefully pick us apart. It’s open season. This is considered helpful and necessary to society, as otherwise we might screw up our children. But the people who do this aren’t really seeing our children. They’re seeing themselves. They’re traveling back in time and addressing some harm they can’t even name.

In writing Good Neighbors, I wondered what might happen to a mom of powerful intellect, who also happens to have narcissistic personality disorder. She resents the archetype, and is the last person who should don such a phony mask—it’ll give her soul-sickness. But don the mask, she does. After years of living this lie, she’s at an impasse. Her mandala wheel has started to turn. In her loneliness and isolation, a monster blooms.

It’s odd to advocate for a mother’s right to self-destruct. I’m not arguing for that, so much as for honesty over archetype. In Good Neighbors, there are kind people, and people who overcome deep triggers into order to relate more honesty to loved ones. But it’s not possible to overcome something unless you can name it.

I sometimes worry that my daughters will read my work, or even this essay one day, and misapprehend my intent. They’ll think I harbored a secret violence toward them, because I write about such awful things. But that’s not my impetus. My kids occupy a sacred place, made of hope and beauty. It’s the imposition of someone else’s idea of motherhood that chafes, and that I resist, and want to tear down. I want my daughters to know that I am human, and one day, when they have children, I want them to be seen first as human beings. I want them to be seen. 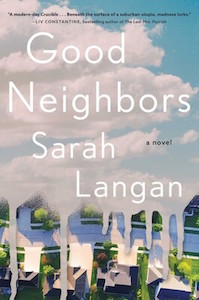 Good Neighbors by Sarah Langan is available via Atria Books.

Sarah Langan, a Columbia MFA graduate and three-time recipient of the Bram Stoker Award, is the author of four novels including The Keeper. She grew up on Long Island and she currently lives in Los Angeles with her husband and daughters. Find out more at SarahLangan.com. 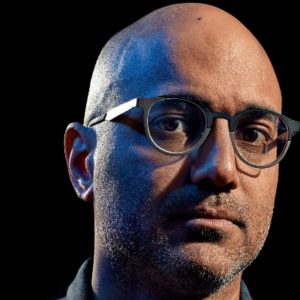