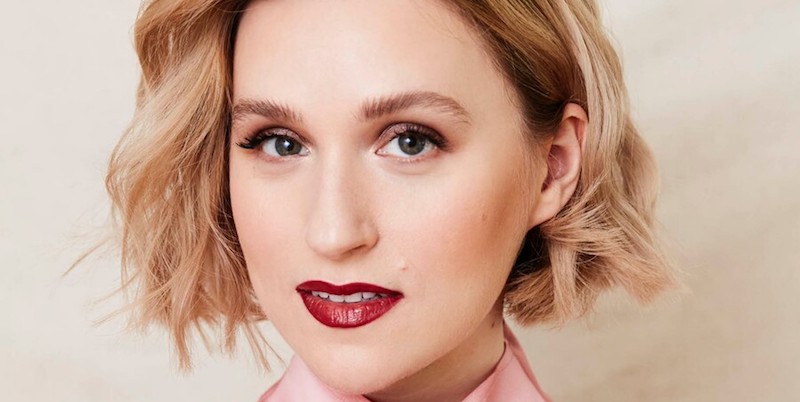 Against Perfection in Women’s Media

To talk with Gabrielle Korn is to talk with someone who has fought in the gladiatorial ring that is the New York media scene and survived. To read her new memoir, Everybody (Else) Is Perfect, is to understand the cost.

There is glamour, to be sure. For a certain crowd of readers, the book reads like insider baseball, with details on salary and hiring practices that will confirm your worst suspicions and insights on Fashion Week that even the well-versed will gobble up.

But it also offers, for the first time, a deeper understanding of Korn’s perspective on her swift ascent through the ranks of women’s media. What was it like to be the famously young and lesbian Editor in Chief of NYLON, promoted on the same day the print edition folded? Korn gives us the long view on the development of digital media and trends like body positivity even as she details her own battle with anorexia and the fight she waged for inclusive representation while seemingly having conquered the battlefield—and therein is the tension that compelling reads are made of.

Jeanna Kadlec: Talk me through the process of how you decided to write this book.

Gabrielle Korn: I had been writing just to process what was happening to me—I had become editor in chief and was experiencing success while my life fell apart. It was all of these things that I felt like I couldn’t talk to anyone about, particularly the fact that I was diagnosed with anorexia.

Then, out of nowhere, I got a cold email from a literary agent who said that she had been following my work and wanted to know if I had ever written a book. We had a call where I told her about this idea, which was that I was participating in the rebranding of feminist media to be intersectional and inclusive, but that something was broken. The issues that women were facing weren’t getting any better, and the things I was [personally] facing weren’t getting any better. I felt like we were being trained to say that everybody is perfect, just as they are. But what I was saying was everybody else is perfect.

“When I started writing [the book], I didn’t think that this would be the story of me leaving women’s media.”

JK: One of the threads you brought up there is the experience of processing. So many of the memoir’s themes revolve around the experience of the body gradually coming to conscious awareness. With that in mind, how was the physical process of writing this book and just being in your body, creatively, for that extended period of time?

GK: It was really hard. There was the physical reality of how exhausted I was. Having the mental energy to write after a full day of running around the city felt really challenging. But then there was also the fact of writing about trauma and writing about disordered eating and trying to not re-traumatize myself.

I had to finish [the book] in the month after I left NYLON. That was intense. At a certain point, one of my friends called me and said, “I’m looking at pictures of you on Instagram, and I just want you to know that if you want to talk about how hard it is for you to write about this without slipping back into it, I’m here,” and I was like, “Oh, fuck.” I didn’t even realize that in remembering, I had recreated it. So it was a fine line to walk.

GK: When I started writing it, I didn’t think that this would be the story of me leaving women’s media. Then I left NYLON and had to write a new last chapter and new takeaway, which I think ultimately made it a stronger book. But while I wrote the majority of it, I was working the most insane job of my life—I was writing on the subway and over the holidays with my family yelling at me to get off the computer, and there was never enough time.

JK: One thing that spoke to me was the tension between your values and lived experience and how it created this shame crater around the concept of “authenticity”—that because you were editor in chief, your own life had to always perfectly reflect and live up to your values. When a person becomes their brand, there’s no room for them to still be human. What is your relationship to “authenticity” or “brand” these days?

GK: We live in a social media world, and in a lot of ways, to be successful in our industries—especially ones that touch content creation and writing and visuals—it’s important to have a public brand so that people can find you and your work. But my new goal is to be successful enough to get off social media. It’s all I want, to leave my Instagram and Twitter without worrying that it’s going to prevent me from getting future opportunities.

I’ve never been a tell-all person on social media, which is part of why this book is so scary. It’s more of myself than I’ve ever shared. I’ve been pretty intentional about not having my social media presence reflect my actual life, because it’s really helpful for me to have that barrier. I think there are moments of vulnerability that are important and helpful to other people. But overall, I’m pretty private.

JK: That’s interesting, especially given how collapsed your identity was into the NYLON brand. There’s an intimacy to being the face of a brand, even while you’re not disclosing personal information about yourself.

GK: And when people are familiar with your face, they think they know you. That was very weird for me, because I didn’t want to be the face of the brand.

JK: Early in your career, you were advocating for things like body positivity and inclusivity long before it was an overused and diluted concept. Can you say more about that?

GK: That was the benefit of coming into this industry as someone who was an activist and not as someone who ever dreamed of a career in women’s media. I was really mission-driven from the beginning. I got lucky in that I had editors who supported me and knew that having ethics was ultimately the right way to make content.

I do think at this point, the phrase “body positivity” doesn’t mean anything anymore, because it’s been just totally commodified. In a lot of ways, it’s been appropriated by skinny women who don’t need a movement to be accepted by the world. I think the problem is that we all feel so bad about ourselves that it’s easy to want to participate in something that supports you not feeling like that — even if it’s not for you. The loudest voices in the movement have become people who have probably never been discriminated against based on how they look. It’s just their internalized feelings of body shame, and those are two different things.

JK: Queer inclusivity and representation is also a huge theme in the book. Your early career work at Autostraddle is mentioned on the first page of the first chapter, as is the fact that, as a lesbian, you were initially a diversity hire at Refinery29. And while there is a chapter devoted to coming out, your queerness is not sectioned off—it’s threaded through the whole story. It was so refreshing to read a book like that.

JK: I wanted to ask how you approached that.

GK: From the beginning, this was always going to be a gay book. Even the reason why it’s paperback and not hardcover is so that queer people can afford it. Like, I, obviously want this to appeal to a lot of people, but first and foremost, it’s for queer women. It’s for everyone, but like, queer women, please read it.

“Within a couple of years, we had shifted the perception of NYLON from being this skinny, straight white girl magazine to a very queer publication.”

JK: When it comes to queer representation in media—you’ve been a huge star, and someone a lot of people point to in terms of “look how far we’ve come.” How did that feel for you, as the person who was embodying that position?

GK: That’s a good question. I feel like I was so tokenized. I don’t think that it can be a “look how far we’ve come” moment when you just have one person doing the thing. Many times, I felt like a box to be checked. I was not just the only woman in the room in leadership meetings—though I was definitely that—but I was also the only lesbian at industry events.

[Once] I became editor in chief, every single person that I managed was someone I had hired, and most of them were queer. To me, that was powerful. We were committed to making something really queer that resonated with people, and within a couple of years, we had shifted the perception of NYLON from being this skinny, straight white girl magazine to a very queer publication. There’s not a lot of institutional memory amongst readers, and it very much felt like the perception was that we had always been that.

JK: When you discuss leaving NYLON and the work you’ve done and the team you’ve built, it feels so deeply Millennial—talking about not knowing where you begin and end without your job. What has time shed light on there?

GK: Without having that job, it did take me a long time to find myself. There are still moments when I’m introducing myself, and I start to say “I’m the editor in chief of NYLON.” One thing that I’ve done over the last year and a half is be really honest about why the fuck I got into this thing in the first place, and that was a love of writing. I only ever wanted to be a writer, and I wanted to get back to the “why” of it all.

I wrote a novel over the past year and a half, and it came so naturally. I don’t think I ever would have had the brain space to do that in a former life.

JK: Congratulations on the novel. That is so exciting.

GK: Writing a book is such a different kind of writing. Actually having time for revisions and edits and not having a traffic goal over your head is very aspirational.

Jeanna Kadlec is the author of the forthcoming memoir Heretic (HMH, 2022). She is a culture columnist at Longreads. 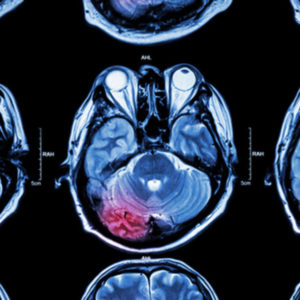 Just before my son Aidan broke his neck on a mountain-bike last June, he had a feeling that things were about to go very...
© LitHub
Back to top