After the Lights Go Out 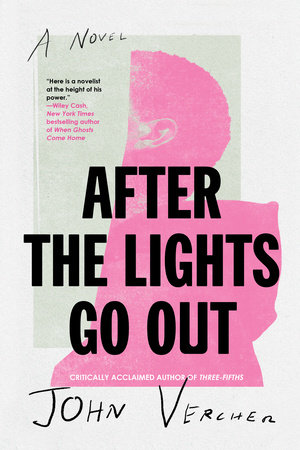 The following is from John Vercher's After the Lights Go Out. Vercher has an MFA in Creative Writing from the Mountainview Master of Fine Arts program. He is a contributing writer for WBUR Boston’s Cognoscenti, and NPR features his essays on race, identity, and parenting. His debut novel, Three-Fifths, was named one of the best books of the year by the Chicago Tribune, CrimeReads, and Booklist. It was nominated for the Edgar, Anthony, Lefty, and Strand Magazine Critics’ Awards for Best First Novel.

“My Mind Playing Tricks on Me”

together four in a row, evading a cut from the roster by the slimmest of margins.  The  old-timer,  the  journeyman.  Not a has-been but a never-was. In spite of—no, because of the doubters and their calls to leave his gloves in the middle of the cage. No one would have thought less of him if he’d quit on his own terms. The game had passed Xavier “Scarecrow” Wallace by. Too many young bucks on the come up looking for a steppingstone to the next level. The cage had no place for old toothless lions fighting for their pride.

And then four in a row. No tomato cans, either. Championship kickboxers. Jiu-jitsu aces. Each one the next big thing. But none of them had the grind in them. All talent and hormones. Cardio made cowards of them all. Xavier dragged them into deep waters, the championship rounds where lactic acid torched muscles. Where deep breaths provided no oxygen, only the desperate need to breathe deeper. Faster. Shoulders ached. Submissions lacked squeeze. Punches lost their snap. Kicks sloppy, thrown with languid legs, hinging and pivoting at the joints from sheer momentum. Break the spirit and the body follows fast behind.

But he’d paid a cost for his time in the deep end, too.

Worse than the patchwork remnants of stitches in his forehead; worse than the accumulation of crackling scar tissue above his jagged orbital bones; worse, even, than the seemingly interminable, intensifying headaches. Worse than all that was the forgetting.

Mild at first. Patches of time gone, sketches of memories swiped from a chalkboard where only the faintest outline of the words and images remained. More and more often, feeling that he’d been somewhere, done something, though never sure how, when—or if. The ravages of age, he told himself, nothing more. Some days he almost believed that.

When the contender call came, he’d been ready. The weight didn’t come off as easy as it had a decade ago, so he’d kept his diet tight. A fight meant keeping it even tighter. Temptation beckoned when the refrigerator was bare, so it was off to the grocery store for the usual suspects. Packs of skinless chicken breasts. Sacks of brown rice. Sweet potatoes. Leafy greens. Broccoli. Gallons of distilled water. He’d tossed his plastic sacks of calorie-bereft blandness into the trunk and drove to the gym to tell Shot the news before heading home.

That night had been restless. He conjured images of the fight to come. No matter how many times he’d ascended the stairs to the cage, his fearful mental rehearsal was always the same. Involuntary and unwelcome. And never was more at stake than now. A contender’s bout meant media days. Press conferences. Local television appearances. He played those out, as well. The questions about his age and how many more wars he had left in the tank. His thoughts on his opponent, attempts to spark the inevitable trash talk. He lay flat on his back in the darkness, eyes wide open. A hot breeze wafted through his open bedroom window. Sweat beaded on his bare chest. The broken air conditioning window unit sat like a headstone in tribute to its own demise. Even in the dead of night, the humidity of a late Philadelphia August hung in the air like fog, pressing up against the wood siding of his father’s Montgomery County bungalow.

Resigned to sleeplessness, he peeled the backs of his legs from the sheets and pushed himself to a sitting position on the side of the bed. He gripped the edge of the mattress and closed his eyes as he waited for the spin to slow, then stop, the positional vertigo another unwanted trophy, awarded after years of concussive blows to the head. His doctor had told him the spinning originated in his ears, something about crystals floating loose, a condition requiring a specialist’s treatment. Xavier imagined a long-haired socks and sandals-wearing type with a stringy goatee waving a shard of glass over his ears, collecting a seventy-five-dollar copay for five minutes of work. He told his doctor he’d take his chances. His physician then offered him a medication, but the side effects included dizziness. Xavier stopped seeing him altogether.

The spinning stopped and he stood. A cacophony of pops and clicks sounded in his joints, ankles to spine. He tried but failed to ignore the swell of pressure behind his eyes, the steam whistle of tinnitus in his ears, an unwelcome and worsening addition to the forgetfulness of late. From a pile of clothes at the edge of the bed, he donned a paint-splattered tank top and basketball shorts and stepped into the short hallway leading from the bedroom to the kitchen. Canvas tarps covered the floor. A roller sat in a pan. Paint congealed in the well.

The roller sizzled against the wall as he crossed it back and forth, up and down, the motion hypnotic, sage green covering the off-white. The first coat completed, he was no more ready for sleep than before, but the tinnitus had grown louder. He moved to the kitchen where he leaned his hands on the counter. His eyes squeezed shut, he willed the whistling to go away, but the intensity increased. He sat on the floor, long legs stretched out in front of him, and rested the back of his head on a cool cabinet door.

And then awake. Not in bed.

Sweat had stuck the skin of his scalp to the cabinet door and he peeled his head away. He wiggled the stiffness from his knees and stood, gripping the edge of the faux granite countertop to steady the room. Through the window over the sink, the high bright sun shined orange through his closed eyelids as he waited out the spin. The carousel ride over, he scanned the room and saw the roller in the pan. The hallway walls had more paint on them than before.

The fumes, perhaps. That made sense. They’d made him drowsy, and he’d sat. He should have opened more windows. That seemed like something he might have told himself at the time. Of course, that was why he fell asleep. On the floor. In the kitchen. Perfectly reasonable. Unlike the time on the microwave clock. 3:24. In the afternoon.

He walked from the kitchen to the living room, ducking his head under the jamb, and retrieved his cell phone. The clock on the screen read the same as the one on the microwave. There were a number of texts and calls from Shot. Xavier had missed his morning workout. And his afternoon training session.

My bad, Shot. I’ll double up on the roadwork. Hitting the trail right now. Catch you at the gym tomorrow.

He watched the screen. The speech bubble appeared, the dots darkening and fading in sequence before disappearing. Xavier’s face tightened. Then:

“Fuck,” Xavier said. No way to make the drive to Manayunk now. Rush hour would be a nightmare by the time he got to Lincoln Avenue. Another headache swelled at the base of his skull. Back in the kitchen, he grabbed a gallon of distilled water from the pantry and downed two ibuprofens. A pair of running shoes sat by the front door. He scooped them up and stepped out into the summer haze.

An hour  later,  he’d  returned  home,  sweat-soaked and ravenous. The heat of the asphalt trail had burned through the bottoms of his shoes, propelled him forward, faster than his planned pace. The sun’s relentless blaze had weight and rounded his shoulders. He peeled off his tank top, dropped it to the linoleum with a wet slap, and downed more than half of the gallon of water in loud glugs as the plastic imploded. The remaining water he poured into a pot on the stove. He ignited the gas burner and went to the refrigerator for a chicken breast to boil and noted that it was his last. The vegetable drawer was equally sparse, and his bag of rice in the pantry was down to his last serving. To the grocery store tomorrow then.

The next morning, the list he’d taped to the refrigerator reminded him of his errand. He headed to his car, opened the driver’s side door, and was hit with a potent smell. A sour odor, like the meat drawer in his refrigerator when the power had gone out in the middle of a summer some time ago (when was that?). He poked his head in the backseat, the odor stronger there. Some sweaty rash guards and shorts sat lumped behind the passenger seat. He knew that smell, and it wasn’t this one. He popped the trunk. There sat the groceries he’d forgotten he’d bought the day before. Chicken spoiled in a cloudy pink puddle of its own juices. Wilted broccoli glistened with slime.

Cooked under the summer sun.

A Cacophony of Cicadas: Anisa George Reflects on Her Departure from the Bahá’í Faith 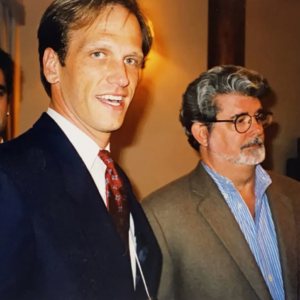 WATCH: How Being a Corporate Spy Led Robert Kerbeck to Become a Writer Authors in the Tent is a professionally filmed series of interviews with established and emerging authors conducted in a tent...
© LitHub
Back to top