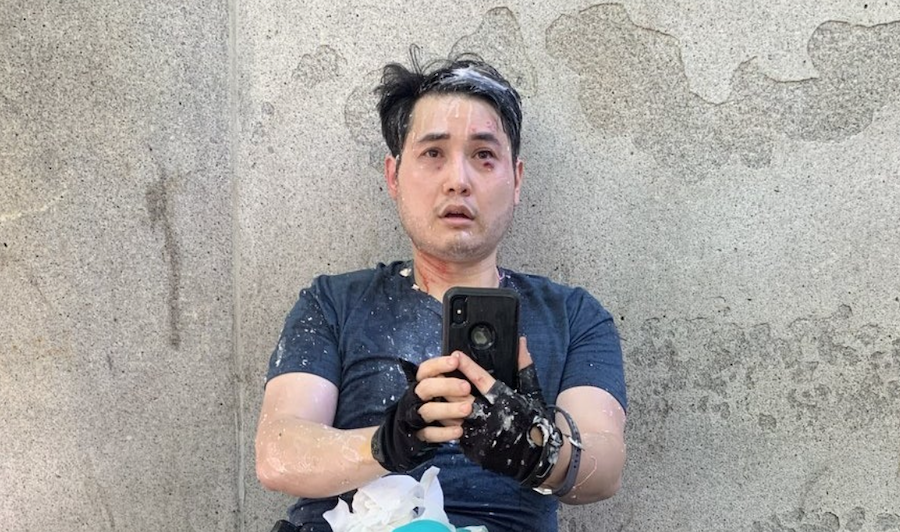 Notorious fake journalist and target of deadly vegan milkshakes Andy Ngo has a new book coming out called “something something Antifa is under your bed” or some shit; after a small protest yesterday at Powell’s Bookstore in Portland, Oregon (where Ngo is from), the store—which is one of the largest independents in the country—said in a statement, via Twitter:

This book will not be placed on our shelves. We will not promote it. That said, it will remain in our online catalog. We carry a lot of books we find abhorrent, as well as those that we treasure. (2 of 3)

“Something something Antifa is under your bed” is being published by Center Street (watch out for cars!), an imprint of Hachette, which, in light of Wednesday’s fabulists’ insurrection of the Capitol—a deadly, terroristic assault on American democracy inspired by fearmongering grifters like Andy!—seems an increasingly bad decision. This line, which appears at the imprint’s website, is dubious at best:

A journalist who’s been attacked by Antifa writes a deeply researched and reported account of the group’s history and tactics.

One can only hope this doesn’t become one more supporting text in the coming fact-free Civil War! [Via Oregonlive.com]