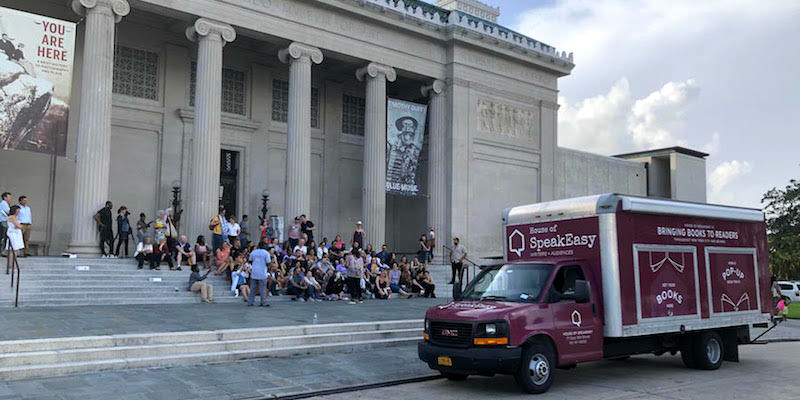 On June 28, the Poetry to the People tour wrapped up its 4,000 mile round-trip journey from Brooklyn to New Orleans and back. It was exhausting and exhilarating. There’s nothing like putting a free book into the hands of someone who will obviously love it. 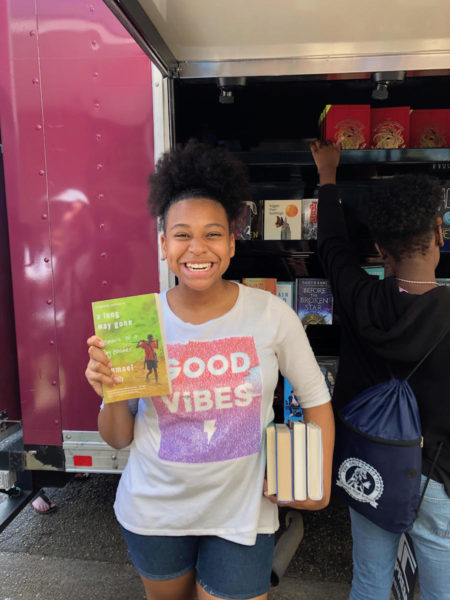 Jessica, a high-schooler at the Boys and Girls Club, thrilled with her haul of books. Photo by Rob Spillman

The enthusiasm for story was palpable everywhere we went. We had a lot of help along the way, receiving donations from local publishers and from Ingram, the House of Speakeasy’s bookmobile making stops at the Ingram warehouses in Nashville and Jackson, Tennessee to receive dozens of boxes of new books. Which we definitely needed. At the Boys and Girls Club in Jackson, Mississippi we gave out over 1,500 books to 400 kids, plus teachers, custodians, and staff. We hardly noticed that it was 95 degrees with a heat index of 110. 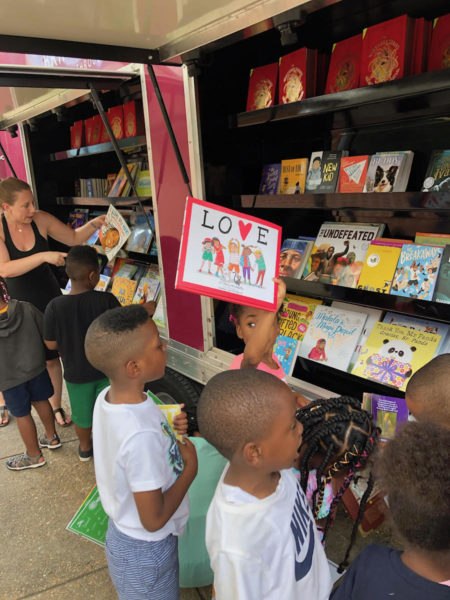 At the Boys and Girls Club of Jackson, Mississippi. Photo by Rob Spillman

We had so much fun on the way down, and so many people reached out to us along the way, that we added stops in Montgomery, Atlanta, Spartanburg, Durham, Salisbury, Richmond, Baltimore, and Washington, D.C. In the end we gave away books in 18 cities, held readings in 16 of those, and met hundreds of inspiring individuals from local organizations.

There are so many people doing great work in the communities and it was an honor to make those connections and help spotlight their efforts. In the end, we gave out over 5,000 books and easily received twice that many hugs in return, and also received tips to the best pies all along the way. We’re already planning the next trip.