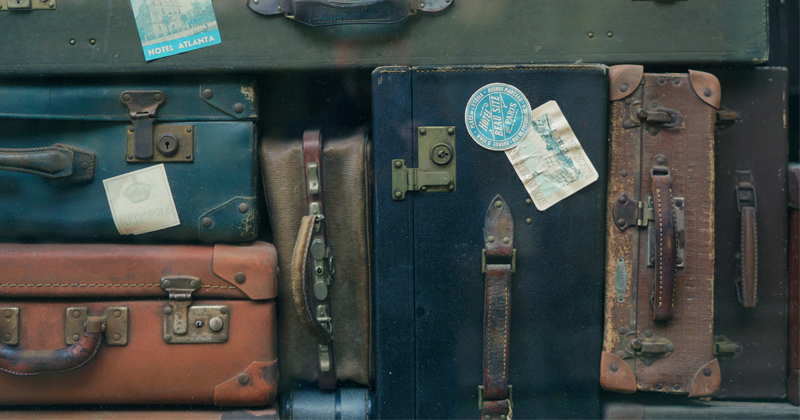 Poe Ballantine on the Many Roads Traveled to Publication

I set out on the road at the age of 18, a hitchhiking trip from the suburbs of my hometown of San Diego that turned into a freight-hopping trip that left me homeless and broke on the streets of New Orleans. An utter disaster, I nevertheless enjoyed the excitement and the challenge. Above all I thought I would write about my experiences some day.

Hooked on the rambling life and knowing it would make for riveting copy, perhaps even materializing one day into The Great American Novel, I continued to travel for the next 20 years, living in furnished rooms and residential motels in over 60 cities and taking over 80 low-paying jobs, mostly in restaurants, factories, and warehouses.

Over the years I met many who called themselves “drifters,” but the fact is that “drifting” is a word that people often use in the place of “lost.” And so it was with me. I was almost 40, having no luck getting published, and weary of living alone on $400 a month. It should not have come as a surprise when one evening I melted to the ground in uncontrollable tears. Later I named this event a “nervous breakdown.” Whatever you like to call it, the shattering was profound enough that I had to go live with my parents in San Diego for a year.

Living with my parents at age 40 was a tremendous embarrassment, a resounding defeat, and an infinite shame. I spent most of my time behind the orange curtains in the bedroom upstairs, reading, praying, convalescing, and writing stories and novels. Oddly enough, or perhaps not so odd given the intangible nature of art and the disproportionate number of lunatics in the trade, I began to regularly sell short stories and essays.

It was also here that I began to receive Letters From the Asylum, as I began to call them. A family member had been committed to Napa State Forensic Hospital, once long ago called Napa Asylum for the Criminally Insane. He wrote frequently, vividly, sometimes lucidly, sometimes in the throes of the deeds of Napoleon, Hitler, or Alexander the Great. He’d been civilly committed on a string of misdemeanors and stood to be released on good behavior within the year, but for many reasons this did not happen, and he still resides there at this writing. The letters, increasingly bizarre, continued to come.

Novels, unless you’re following a prescribed format, which by my definition is a recipe and not a novel (novel meaning “new”), are hard to write. Imagine the problem of sustaining plot, tone, energy, tension, character, theme, and all the other aspects of a first-rate short story, and multiply that by ten. Throw in luck, passion, lightning, muses, fortunate accidents, wings, prayers, butterscotch sauce and all the rest of the aforementioned intangibles of art and it’s no wonder that even prodigiously talented and technically brilliant writers only produce one or two novels of merit during the course of an entire lifetime. Undertaking an original novel is a lottery ticket in every respect, with about the same odds of hitting a jackpot. Yet the novel for me, a confessed gambler, remains the highest goal, and within my earthly purview the greatest possible achievement.

“Time and time again the secret mists of a new novel appeared to coalesce, but there was always something missing I could not name and the mists would recede.”

Ernestine Hill in her forgotten masterpiece, The Great Australian Loneliness eloquently reveals the secret of the selfishness of our craft:

For [the] true [writer] is a little more, or a little less, than human, a child taking notes. He knows no partialities, no class-distinction, no creed distinction, nor colour-line, nor bias, nor loyalty, save to the story. He probes the depths of humiliation and misery with his stylo pencil, and paints the picture for 1 1/2d. He prefers a murder to a suicide, and both to a wedding. He skims the cream of science and the practical experience of years in a few comprehensive phrases, and gives it a snappy title. He is all things to all men, and to him all men, living and dying, are copy.

A good novel must propose ideas, the rarer, the riper, the deeper, the better. Most of my ideas come through personal experience. For example, I knew nothing about metanoia, a profound spiritual transformation, until I had my mental breakdown. I also (very slowly) came to realize that the experience of the American West is not about finding one’s place but about coming to grips with being displaced. Those of us who were born and who live in the West flounder in a mythology in which little is revealed and even less is found. The story of the American West, from the Hopi to the Hollywood Dreamer, even though the destination might be named on a ticket or a rollsign over a Greyhound bus, will always be about being set adrift.

And so I packed up my metanoia and my purple nylon suitcase stuffed with old clothes and left my parents’ home to resume my solitary and now accepted life of wandering. Along with me came the Letters From the Asylum, which I imagined one day might be fashioned into a treatment of its own. I ended up in a residential motel in western Kansas, where I didn’t tell anyone there that I had just spent a year with my parents after losing my mind, though no one asked. Soon I got a full-time job in a factory. After the shift each evening and on every day off I worked assiduously on stories and essays, but especially the elusive novels.

Time and time again the secret mists of a new novel appeared to coalesce, but there was always something missing I could not name and the mists would recede. I went to Mexico for a few years. I went to Ohio and Wisconsin and took odd jobs, sheet metal house, cheese factory, pallet factory. I married of all the wild things and had a child and settled down in a house across from the railroad tracks in a small town in the panhandle of Nebraska. I published a book of essays, a novel, another novel, and another book of essays. I won a few prizes. Every few months I pulled out that novel, studying it and trying to determine the diamond alchemical principle which might consolidate its mists. The outline for ten years stayed pinned to my wall.

One day after rereading my draft for the 1,000th time I realized the problem lay in my narrator, who provided little tension, conflict, energy, or flavor. Neither was he particularly compatible to the subject. I can only take so much liberty with those who tell my stories, that is to say they are always in some large degree a version of myself, and a drifter was not the one to recount this tale. I continued to revise the book, experimenting with different narrators, each one another step in the wrong direction.

At last somewhere in the 15th year, it struck me that my narrator might well be the writer of Letters From the Asylum. He would not only be able to resonate with an oddball loner estranged from society, but by virtue of his insanity to see and understand things that others could not. His story and struggle, after escaping from Napa State Forensic Hospital, would be as interesting if not more interesting than the primary plot. With two major plots working, energy and tone would be easier to sustain, and an unreliable narrator, which I’d never used before, offered a whole new set of freedoms. In my possession had been the answer the whole time.

And so for the next five years I reassembled the novel which would become Whirlaway via Letters From the Asylum. Researching an institution which so tightly guards its secrets that cameras are not allowed on the grounds took a long time. Little information about the hospital except for the most sterile accounts is publicly available and even those who’ve worked or been incarcerated there are encouraged to be reticent. Patients or ex-patients who blog or otherwise blow the whistle about deplorable conditions at NSH are often simply not believed. Integration of the new narrator, the shuffling of the mad into my own once-mad self, was an arduous process as well. Whirlaway, the name of a rare and valuable record and a great racehorse, also became a new entry into the language (you’re welcome), a verb: to disappear psychically, to vanish yet still exist, to be displaced and set adrift and thus lost upon the American West, as I had been so many years ago.

Poe Ballantine currently lives in Chadron, Nebraska. His work has appeared in The Atlantic Monthly, The Sun, Kenyon Review, and The Coal City Review. In addition to garnering numerous Pushcart and O. Henry nominations, Mr. Ballantine’s work has been included in the anthologies The Best American Short Stories 1998 and The Best American Essays 2006. His most recent book is Whirlaway.

On a Historic Meeting of Powerbrokers, Weeks Before Obama Took Office 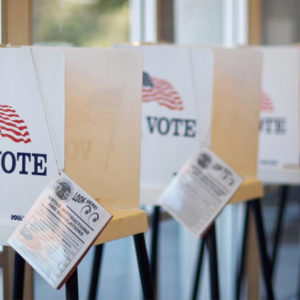 In a realpolitik overrun by bitter partisanship, civic apathy acts as a kind of dark matter: pervasive, invisible, and virtually...
© LitHub
Back to top