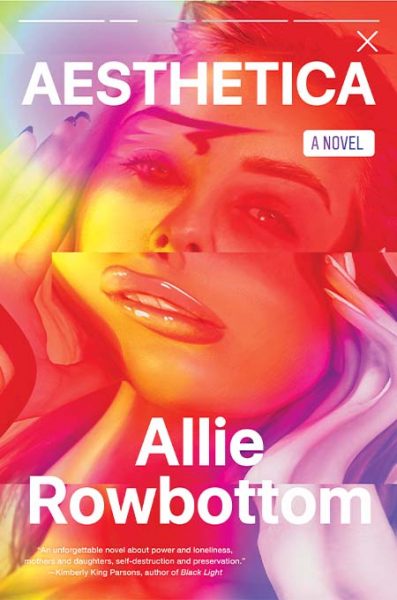 The following is from Allie Rowbottom's Bxx. Allie Rowbottom is the author of the memoir Jell-O Girls, a New York Times Editor’s Choice Selection. Her essays and short fiction can be found in Vanity Fair, Salon, Lit Hub, No Tokens, NY Tyrant, The Drunken Canal, Alta Journal, Bitch and elsewhere. She holds a PhD in literature and creative writing from the University of Houston and an MFA from the California Institute of the Arts.

I am on my phone, of course I am. But the screams start, sudden as the sound of my own name. I look up. It’s only a group of girls, huddled by the hot tub. They lift arms, devices, as if in prayer; they still themselves before the lens, a ritual. Three flashes and again, they shriek, each omg another post, another like, another love. They are alive in their bodies, together in their bodies; I feel their oneness inside me, like hunger.

The plate before me is empty, though. Just the rind of a bacon cheeseburger to remind me what I ate. On this white daybed. In my bikini, which is also white. Ketchup dripped down my chin, landed on my breasts, smatterings of B-movie blood I wipe with my whole hand, lick clean. I lie back, body bare and distended. I’m satiated, but the feeling always passes and the meal was freighted, like everything today, with the possibility that it might be my last.

I fish a bottle from my black and white striped bag, snap-the cap, swallow a pill with spit. I suck a vape to erase the chemical taste, blow cones of watermelon smoke toward the girls. They’re cute, but each one needs a tweak to achieve true beauty. Rhinoplasty, I diagnose when I look at one. Brow lift, I silently suggest for another. Buccal fat pad removal.

In the big pool, a woman my age props her elbows on an inflatable raft. Nearby, a child, chubby with preadolescence, slumps sidesaddle on a foam noodle. Clearly they are together, clearly they are one, both redheaded and freckled, pear-shaped bodies waved as blown glass beneath the water. The mother says something and the child doesn’t answer, just stares at the hot tub, the girls. When I was young like her, I wanted nothing more than to emerge. Out into the seen world, the world of teenagers I saw on TV, girls I followed on Instagram. Girls who siphoned attention, desire, love, with reckless ease. Girls tweaked into fantasies I thought were real.

“Isabelle,” the mother says. The number eleven between her eyebrows is so deep it threatens permanence. I touch my skin like I’m checking it’s still there. My forehead remains, pulled tight as a starched sheet and I want, for a moment, to wrinkle it. I want to become the other woman. A mother, a daughter, a purer version of myself; I want to become them all.

I swallow to melt the pill further down my throat. I suck the vape. Isabelle lifts herself from the pool. Water pulls at her swimsuit. She pads to a set of lounge chairs, wraps herself in a terry cloth robe. It dwarfs her. I lift my phone, pinch the screen of space between us, zoom in to see her better. She turns to face me and I press the shutter, smile. She looks away. Scared, maybe.

Wrapped in her towel, the mother stands, gathers her bag, ready to leave. Isabelle stands next and I stand too, so fast the world spots with blue. I blink through the blur, rush to gather my things. My phone, my bag, my flip-flops, kicked carelessly beneath the daybed. I have to squat to extract them. When I rise, I look for the woman and the girl. But my gaze lands only on a man, watching me from a nearby cabana. He’s older, sixties-ish, with his Kindle and iced tea, his Teva sandals and cargo shorts. His mirrored aviators in which I swear I see myself, gut unfurled, the burger inside adding to the paunch. I suck in for a moment. Then breathe out, let myself expand, let fat push up against scar tissue and skin, let the man look. I slip my feet into my sandals, one quick scuff, then another, and follow the wet footprints left by the woman and the girl; I follow the path they took away from me.

Summer, 2017. Fifteen years in the past, the day I’d say my story starts, the start of a transformation I’m only now completing. Some chain wax center in West Hollywood and my half-naked body reclined on a sheet of butcher paper. Speakers on the ceiling spewed a pop song about fire and love. I looked up at panels of fluorescent light, a poster of a woman at a nice restaurant. Her hands were folded over the white napkin in her lap; her skin shone, concave and hairless; a steamed lobster on the table stared up at her, scarlet carapace still unbroken.

“Knees to chest,” the waxist said. She had an accented, angular voice. I held my shins as she slathered steaming blue to my labia, the insides of my ass cheeks. The room was cold, the hot wax a comfort. “Just like a virgin,” she said and patted before she pulled.

Pain flashed where the hair had been. A screaming hole I closed my eyes to slip inside. I wanted it. A womanly ritual, the hurting, my ability to stand it. One I might complain about with girlfriends, like period cramps, all of us in on the same unspoken joke, the suffering required by a certain sort of body. I thought of my mother, the vacation we took from Houston to LA two summers before. Orange light in our Hollywood hotel room and her body, squatting and squirming from the bathroom in a new cerulean one-piece. “Five decades of bathing suits and I still can’t figure out where everything’s supposed to go,” she said. “What do you think?” She turned a circle, cocked a hip, the blue suit shone and the waxist wrenched the final strip, returning me to the room.

“Baby,” the waxist said, “you like?” I opened my eyes and craned my neck to see a swath of pubic hair, smaller than a thumbprint. It stunned me, my own skin, infantile and pink; the coarse brown “landing strip” seemed somehow indecisive.

“Maybe just take it all?” I said. The waxist nodded, returned to her pot, globbed blue over the remainder. She fanned, then pulled. “What you think now?”

“What do you think?” my mother had repeated that night in Hollywood, when it was just us two in the orange light, assessing her new bathing suit. And I had been a mean girl.

Her face flushed. “Well, obviously,” she said. I buried myself in my phone. She disappeared into the bathroom, emerged in a towel. Later, while brushing my teeth, I spotted curlicued black hairs crowding the blades of her razor like weeds pushing through the shutters of a boarded-up house and felt angry in a way that made me want to be even meaner. I was harsh but she was clueless. How was she still such a little girl? Why was it my job to explain bikini lines and makeup application, lessons of womanhood her own mother died too young to impart? I learned them from YouTube, Instagram, and though my mother said she wanted instruction too, she never stuck with the rituals I prescribed. Contouring and gua sha massage, retinol and ten-step serum routines, all abandoned, as if she thought learning to care for herself would rob her own mom of the chance to rise from the dead and teach her.

She puffed cold powder onto my crotch. “Baby,” she said, “You go now.”

I dressed, bare skin behind my clothes like a secret, safe with me, a pulled together girl, all the mess shorn off. A girl wise enough to identify the mess in the first place, and to fix it. I tipped using a formula my mother taught me (move the decimal point, then double it), called a car and walked out into Los Angeles. Ash on the air, and fire.

10 new books to keep you company on your holiday weekend travels.

Hernan Diaz, Jamie Ford, Jill Bialosky, and Karen Joy Fowler on When Writers Admit What They Don't Know About Their Characters 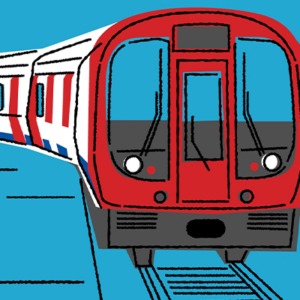 10 new books to keep you company on your holiday weekend travels. New books, or, perfect companions that, when held directly in front of one's face, might act as a conversational shield against...
© LitHub
Back to top