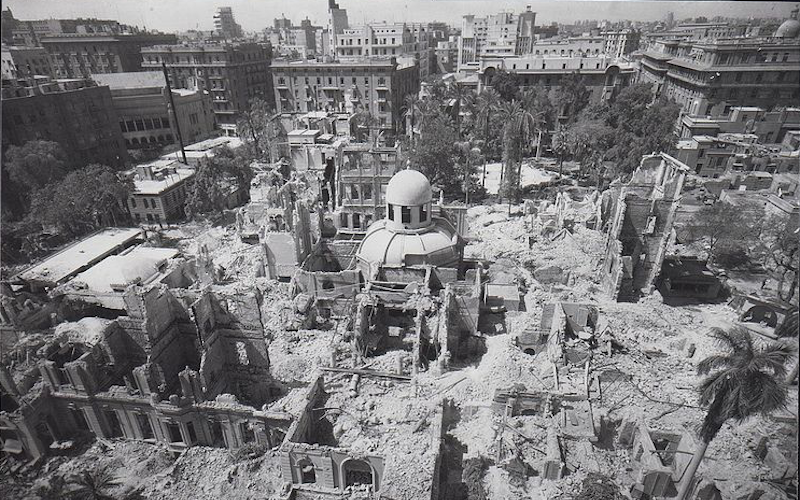 From the new book by Amin Maalouf

When my grandfather was buried in the Maronite cemetery in Cairo, in the early days of January 1952, the streets were as peaceful as always, although the tension was palpable to those who could sense it.

For three months, a crisis had been brewing between the national government and the British authorities, who had granted the country independence thirty years earlier, only to later, in 1936, compel it to sign a treaty that allowed British troops to be stationed in the zone around the Suez Canal. At that time, Mussolini’s invasion of Ethiopia and the rise of Hitler justified such an arrangement. But since the end of the Second World War, the Egyptian authorities had been asking London to put an end to a military presence that served no purpose, was incompatible with the sovereignty of the country, and was resented by its citizens.

Negotiations began, proposals and counter-proposals were exchanged, interminable talks led to no concrete result. Exasperated, in October 1951, the government in Cairo voted to unilaterally abrogate the treaty and demanded that the British withdraw their presence immediately. This stance was greeted enthusiastically by Egyptians, who spontaneously took to the streets to celebrate the “liberation” of the territory, as though it were a fait accompli.

But London had no intention of complying. A new prime minister was in power, none other than Winston Churchill. Having suffered a humiliating defeat in 1945, following a military victory of which he had been the chief architect, he had just won a general election at the age of seventy, and retaken the reins of power. This was a man who had lost nothing of his obstinacy. He resented the Labour Party for giving up the Indian colonies and was determined not to concede another square inch of empire, nor an ounce of prestige. Rather than withdraw his troops from the Suez Canal zone, he dispatched reinforcements.

His Egyptian counterpart, Mostafa el-Nahas Pasha, was also an experienced politician. At the age of seventy-two, he was leading the fifth government of his long career. A rich landowner, temperate in his patriotism and in favour of Western-style parliamentary democracy, he did not particularly relish the idea of crossing swords with Great Britain. But he could not back down without losing face, or being outflanked by more militant nationalists.

He resorted to several strategies intended to tire the British so they would agree to leave of their own accord. It was a risky policy, very risky—as we shall see—but he felt that to appear to collaborate with the occupying forces was yet a greater risk.

To some, the measures adopted by the Egyptian authorities were purely symbolic. In Alexandria, various streets were renamed, stripping them of the names of British generals like Lord Kitchener and General Allenby. In Cairo, it was decided to transform Gezira Sporting Club, the exclusive private club frequented by British expatriates, into a public garden open to all. Merchants were encouraged not to import British products. The tens of thousands of Egyptians who worked for the British Armed Forces in the Canal Zone were urged to quit their jobs, with promises of compensation and threats of reprisals if they continued in the service of the occupying forces.

More seriously, commando attacks were carried out on the British garrison by armed men who came from various political movements, from communist, to nationalist, to the Muslim Brotherhood. Some of these militants were members of the police forces and so, to prevent matters slipping beyond their control, the government gave permission for police auxiliaries to take part in the attacks.

The British decided to strike back hard, to set an example. On Friday, January 25, 1952, they launched an assault on the police headquarters in Ismailia, on the western bank of the canal. There ensued a pitched battle that resulted in the death of forty Egyptians and left hundreds wounded. When news spread through the country, it provoked the wrath of the whole nation.

By dawn the following day, protesters had already begun to gather in the streets of Cairo. As the hours passed, their numbers swelled, and they began to loot and burn the most obvious British businesses—Barclays Bank, Thomas Cook, W.H. Smith, the Turf Club, and Shepheard’s Hotel, built a century earlier, which had once served as headquarters to the British Army and was among the most opulent hotels in the country.

In Alexandria, various streets were renamed, stripping them of the names of British generals like Lord Kitchener and General Allenby.

As the day wore on, the rioters extended their attacks to any business frequented by Westerners or by the Egyptian ruling classes: bars, private clubs, cinemas, and Western-style department stores—among them the unforgettable Cicurel that my mother so loved. Everywhere was looted, pillaged, and razed to the ground; there were even a number of lynchings. By the end of the day, there were thirty people dead, some five hundred injured, and more than a thousand buildings had been burned. The modern centre of the capital was completely devastated.

Those responsible for the great Cairo fire were never identified. Even today, some historians believe it was a spontaneous protest that got out of hand, feeding on its own destructive rage, while others are convinced it was directed by an unseen hand with specific political goals. The fact remains that, as the hours passed, the slogans grew louder. Although at first the demonstrators were only protesting against the actions of the British soldiers, later on the crowd began to chant slogans that were hostile to the Egyptian government, whom they accused of complicity, and even the young King Farouk, who was said to be corrupt, indifferent to the sufferings of his subjects, and completely under the influence of his debauched friends.

Overwhelmed and powerless, the authorities did nothing to quell the riots, but simply protected the residential areas where high-ranking members of the regime lived. Utterly discredited, Nahas Pasha was forced to resign the following morning. He had lost his wager and would never again play a significant role in his country. And he was not the only one. The former ruling class would soon be forced out, never to return. 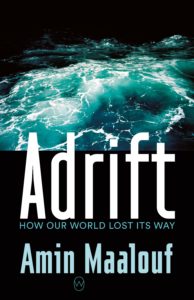 Excerpted from Adrift: How Our World Lost Its Way by Amin Maalouf, translated by Frank Wynne. Excerpted with the permission of World Editions. Copyright © 2020 by Amin Maalouf.

Amin Maalouf was born in Beirut. He studied economics and sociology and then worked as an international reporter until the Lebanese Civil War broke out in 1975. Maalouf and his family decided to leave their country and settled in Paris in 1976, where he became editor in chief for the newspaper Jeune Afrique. He published his first book, The Crusades Through Arab Eyes, in 1983. In 1993, The Rock of Tanios, his fifth novel, won the Prix Goncourt, the most prestigious literary award in France. Maalouf is a member of the Académie Française and in 2010 was awarded the Prince of Asturias Award for Literature for his entire oeuvre. His work has been translated into fifty languages and his most recent bestselling novel to be published in English is The Disoriented.

A Place at the Table by Saadia Faruqi and Laura Shovan, Read by Nikhaar Kishani and Caitlin Kelly 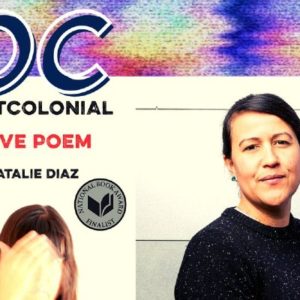 On the second episode of TOC Snacks, a new series of Instagram Live interviews with Tables of Contents, watch National Book...
© LitHub
Back to top
Loading Comments...