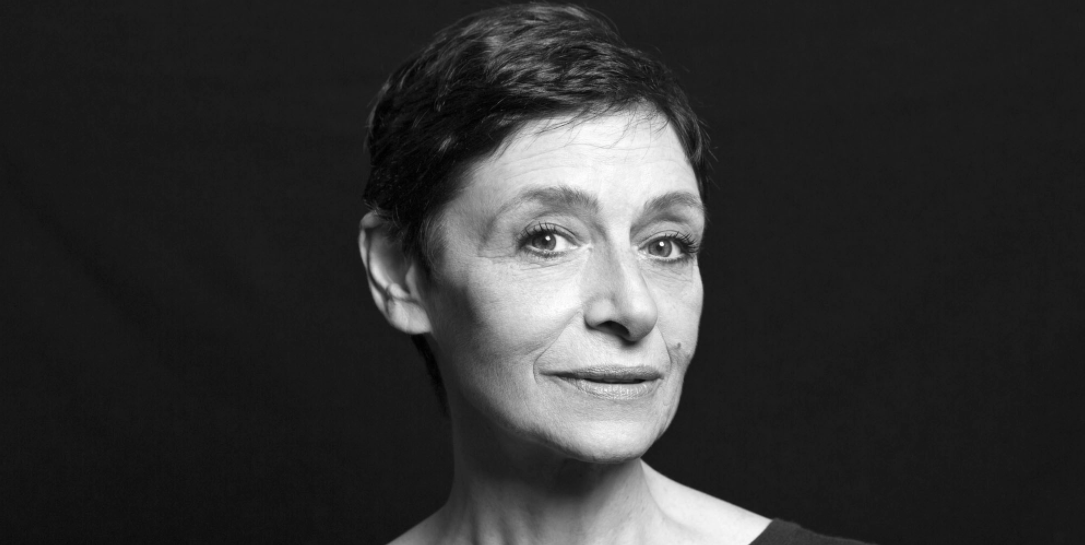 Addicted to Glamour: Writing My Way Back to the Center of Life

On a Third Avenue bus, years ago, a pickpocket slipped his hand into my shoulder bag. My reaction was to freeze. I didn’t pull my bag away, I was embarrassed for him that he had his hand in my bag, and in some dreadful way, I didn’t want him to know that I’d noticed. I finally swiveled around so that he had to remove his hand or lose it, and as soon as I could, I got off the bus.

I’ve often wondered whether this reaction was cowardice, compassion, or the extreme good manners of a well-socialized former child. When I interviewed subjects for Vogue or Vanity Fair, I never went after their private faults; I was happy to research first, record whatever I was given, and make something of that. I’m good on details that build up into a picture. The two or three times I have attacked anyone I have regretted it.  I suffer from excessive polite loyalty.

This is why everything had to turn to shit before I dared sit down to write my story. I was always willing to own up to my bad behavior, but the bad behavior of others still immobilized me.

My loyalty to Vogue and to Condé Nast, my professional home on and off since I was 19 years old, was such that I couldn’t be public about how I’d been bounced from my job as editor-in-chief of Vogue Paris. Accused of being an alcoholic, or an addict—I never quite knew which one—I was ordered to rehab. But in college I’d barely smoked enough weed to qualify as an undergrad, as an adult I didn’t drink enough to qualify as a sophisticate. Instead of defending myself, I went to rehab. It was partly curiosity, partly relief that the charade of playing editor-in-chief was over, and also the same embarrassment I’d felt with the pickpocket on the Third Avenue bus.

After my tests came back negative I had to convince the director of the rehab to let me to stay. I had an epiphany while I was there: my addiction was to the glamorous life, to Vogue itself. I told my new rehab friends that I’d understood everything. A seasoned addict said, “Beware the relapse, that’s what kills you.”

Of course, I relapsed, went back under contract to American Vogue, and in 2010 accepted their fateful assignment to interview the first lady of Syria. It was before Assad began murdering his people, when Syria, despite its bad past, was newly considered an ally in the Middle East. Completing that assignment per the directives of my Vogue editors turned me into a professional and social pariah. I was lambasted on the internet as an accomplice to the destruction of Syria. Vogue got rid me of me, and no other Condé Nast title would touch me—nor would anyone else.

By the beginning of 2012, my reputation was destroyed, my regular sources of income gone, and I had to cut through this politeness nonsense. It was time to write my story, to understand why I’d twice fallen into the same Vogue trap. I had to understand what kind of person lets that happen. My parents were dead, so I could tell their story; I had no one to protect anymore.

I had silence and solitude, but what I needed was a dome of safety. I locked myself away at home to be with the people I’d loved who were now dead in the places I loved that were now gone. At 62, I wasn’t sure where they ended and I began. I had to write my way back into the center of my life. My memory is precise, but it fastens on background minutiae. Details and interstitial moments stay with me, but motivations, manipulations, and plots often elude me.

I plunged into the evidence that yes, there had been magic and chance and fate and luck, and their opposites. I had all those papers I’d hauled with me forever, boxes and files and trunks full of markers and totems. My parents took me across the world to Paris when I was three; we had fourteen different addresses over six years before we settled in London. I can make myself at home anywhere because of the scraps gathered from the endless journeys; those scraps are my home.

I laid everything out in the big room in Hell’s Kitchen, and crawled into the past; it was warm, welcoming, infinitely rich. Between the books were photos pinned to a battened screen: a boyfriend grimacing over the breakfast table, another in a park, my Uncle Don, a telegram from Hemingway to my father, his photos of Orson Welles, notes from men I’d loved in secret, my stepdaughter in black and white, a scribble with mauve flowers. Poems. Drawings. Manuscripts. Faxes.

I had my mother’s letters to my father during the war, some typed, most by hand, but none from him to her, which was telling; I had photos from their youth, and then mine, photos of my friends, and many bad photos that showed only a corner of a room, or the tail of a cat, but the corner of the room brought back a morning, the tail of the cat brought back Sydney the stray found in the park, and Igor, her companion cat that the Freudian downstairs had handed me one day by the mailbox. Bad pictures were better than posed ones; the stray bits of life align more precisely than the curated ones.

I laid out scrapbooks, datebooks, schoolbooks, tickets for movies, plays, planes, trains, concerts, letters and half-finished answers that I’d never sent. Letters from my godfather’s wife, Ricki, whom I loved more than my own mother. Four months after my mother’s death, I’d understand why.

The diaries I’d kept since I was 18 were thick with inserts and additions; by the time I was 22, I was filling them with dialogue, because I’d learned that recording events was better than complaining, hoping, or judging.

Each bit of paper was a portal into the past, a secret sitting out in full view. My apartment became so charged and so private that no stranger was allowed in. A few good friends came by, but I no longer cooked dinners for 10 or 15. Everything around me was for the book, and the work felt like pure love. I had the strange bliss of thinking only about my life and the people I’d loved, for years. And if finding the truth of each situation felt like peeling off my skin, the loved ones were watching from every surface.

I left the bound volumes of my Paris Vogues untouched, as if radioactive, for a long time. I would come to them last.

I sat down at my table every day at ten, and looked up, startled and hungry, some time after nightfall. A line of empty mugs ran along one side of the desk, some with logos that read, each time, as if they were new to me. I’d call the Market Diner on Eleventh Avenue, a Cobb salad would appear in its frilled tinfoil plate, big enough to last two days.  Or beef tacos from El Horno, with extra pico de gallo. A friend sent me DVDs of Borgen, and late at night I watched the Prime Minister of Denmark wrestle with moral problems.  House of Cards was too mean. I wanted to learn from harmony: Turner Classic Movies, Criterion Collection Classics, vast amounts of very dark chocolate .

I had no outer self, but the past was alive again.

I found strange recurrences in my scattered life: lighting and fireworks in the sky, a grasshopper, disappearing dogs; a Guardian Angel from a book I’d read when was I seven kept popping up among the celebrities and fashion icons. Ricki’s lava necklace kept returning, a muffled note of her subtle magic.

In the old days when I wrote novels it was always to capture a feeling, but the memoir was different: I wanted the feeling, the tone, the truth to make itself clear to me.

I was bruised, but not bitter, and as the skins came off I saw that I was responsible for most of what had happened to me, even if only by saying yes when I should have said no. The center was the heart. I wanted the reader to meet my parents as full people, Joyce Getz and Jules Buck, not my mother, my father, my possessions.

The first draft was 1,050 pages; it read like a deposition, which it was. How else do you get to the truth? The publisher gently asked me to cut 600 pages.

For two more years I chipped away at the text. Over 20 or so drafts, I wrote my way to seeing how my father’s hopes had shaped, and skewed, my life.

With each cut it was clearer that illusion had been the driving force in the lives I’d known. As a child, I’d relied on the unchanging surfaces of objects and their neutral kindness to dissipate the emotions that paralyzed me. I was reassured by make-believe; everything else was unstable.

The only possible title was The Price of Illusion. It was done.

The book changed me. I’ve stopped longing for what I don’t want. There’s not a lot I want, I’m six years older than when I started, I don’t even much like chocolate any more. The book released me from the hold of objects; I don’t need surfaces to calm me down. I know, more or less, who I am. I’ll never go back to Vogue.

I sold up in the city and moved to the country, and all the papers came with me, the mess of evidence. They’d shored up my life, I built a book out of them , and now the scraps that surrounded me with love, that grounded and consoled me, strike me as nothing more than old papers.

When you’re a journalist, you forget each piece after it’s done, file away the research, or toss it. I don’t want all the old stuff that I gathered around me for sustenance and safety. I consumed my past to make the book, and it’s used up. Marguerite Duras burned the manuscript each time she finished a book. These papers deserve a ceremony, but there’s not a stove or a fireplace big enough.

The hardback came out last March, to a great deal of publicity. The bliss of privacy was gone, an outer me was required, and had to be groomed and dressed, coiffed and made up. The Price of Illusion got four stars in USA Today, was an Oprah Pick, and was dismissed as tall tales by a New York Times reviewer. I talked about the book, and myself, for months, too much, unto nausea. The paperback came out last month. I’m talking about myself again, and went on an Oprah Cruise to talk about the book. Enough now.

I don’t want to think about myself any more. There’s a world out there. Perhaps I will be able to see it clearly this time. When the next pickpocket comes along, I’d like to think I’ll throw him off the bus.

The Price of Illusion is now out in Paperback from Washington Square Press.

Joan Juliet Buck is an American novelist, critic, essayist, and editor. She served as editor-in-chief of Vogue Paris from 1994 to 2001. While a contributing editor to Vogue, Vanity Fair, Traveler, and The New Yorker, she wrote two novels, The Only Place to Be and Daughter of the Swan. Currently, she writes for W, Harper’s Bazaar, and New York Times T Magazine. 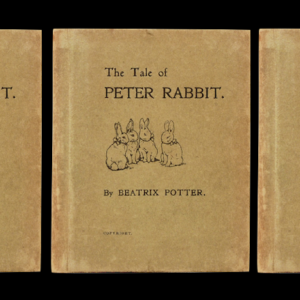 He made his characters vulnerable: John Jeremiah Sullivan, Leslie Jamison, and more on the legacy of David Foster...
© LitHub
Back to top