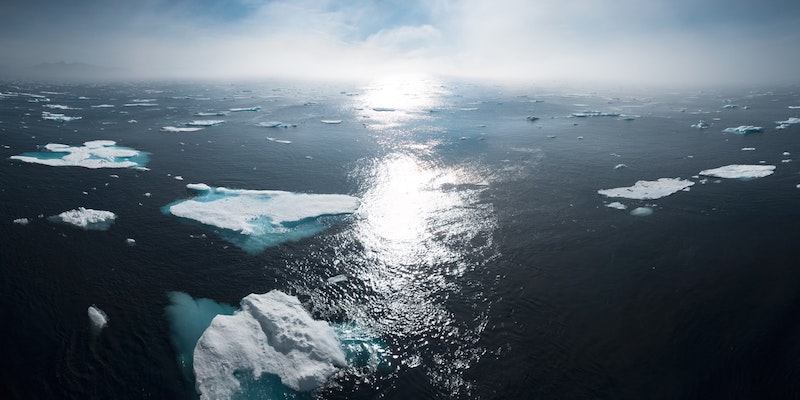 In the wake of G20 meetings and last month’s United Nations climate summit in Glasgow, we’re airing our conversation from a few months back with journalist and novelist Nathaniel Rich, who began to more steadily research and write about the environment after moving with his wife to New Orleans a few years after Hurricane Katrina devastated the city. His sprawling cover story for The New York Times Magazine, “Losing Earth,” told about how American scientists had figured out the solutions to what is now the climate crisis in the late 1970s.

The Reagan Revolution in 1980, however, and America’s swing to the right, led to a suppression of sober conversations aimed at reducing fossil fuel use and human-driven environmental harm. Deregulation and rampant lobbying and corruption by the energy companies have plagued us for the four decades since. Nothing was done then, and nothing has really been done since, as Greta Thunberg noted the other day in her blah-blah-blah, all-talk-and-no-action commentary after the G20 summit, highlighting the inability of our world leaders to act in meaningful ways—or act at all!

Rich’s most recent book, Second Nature: Scenes from a World Remade recollects and reworks for book publication, a large part of his journalism from the past decade. Rich has also published three novels (including one about climate change, Odds Against Tomorrow) and has a natural ear for dialogue. His research and writing chops are put to good use in this first nonfiction collection, covering everything from DuPont poisoning the waterways (one of the stories in the book became the Todd Haynes film Dark Water) to kamikaze starfish to late-20th Century glow-in-the-dark rabbit experiments. Second Nature is essential reading for anyone who cares about the ecology (and the future) of the earth.

J.C. Gabel: A few months back in Texas there was this big storm, and because Texas is Texas, —”We don’t need the United States!”—they’re not on the grid. All these people unnecessarily died, there was all sorts of travails all over the state, and yet the governor went on television and blamed the problem on the Green New Deal, which is only a concept if I understand it correctly; it’s not actually a law. It seems that with an issue like this, it’s hard to win the PR battle when the other side is using basically Lee-Atwater-style subterfuge to distract from what’s really happening, which was that the grid dying was what caused all of the mayhem, not liberal policies on the climate.

Nathaniel Rich: Yeah, the way politics works now, there’s certain catchphrases that are used to animate the base. I think Louisiana, actually, is an instructive case study of this because it’s a bright red state. I’m sure if you polled the state on “Are you worried about climate change?” we’d be near the bottom. On the other hand, we have this massive $50 billion, 50-year climate infrastructure plan that is the most ambitious climate policy in the world, I think. It’s the kind of policy that we’re going to have to enact all over the place in that it’s a long-term policy that has no real set ending. It’s designed to operate in perpetuity. It’s a 50-year project, but every five years it renews, so it’s always looking forward to the next 50 years.

This is actually how the control of the Mississippi River has operated too; it’s a constantly updating, fluent situation. And so, not to use water terms, but they’re constantly adapting it to the reality of the river, and in the same way, Louisiana is constantly adjusting its master plan to the reality of where the coast is. And even in the best-case scenario of a master plan, the goal is not to save the southern coast. There’s one scientist at Tulane who says we’re past the tipping point already. The southern coast of Louisiana has been deteriorating for almost a century now, largely thanks to human activities, oil and gas drilling, and the hemming-in of the Mississippi river.

It’s not the kind of plan you think would win a lot of political support: an effort to try to just postpone the inevitable while massively reconfiguring what remains by introducing huge flows of river water into marshes, these delicate marshes south of New Orleans. And yet, it has passed with near unanimous support here. It looks like it will be effective, it looks it will pass, and in some sense, it has passed, although the projects haven’t started to be built yet.

The state is accomplishing all this while avoiding any talk of climate change, and I think there are two lessons there. One is that if you avoid the buzzwords, I think you could actually get a lot done. That’s sort of a political game that seems to have been played pretty effectively here by the state. The other side of it is that the climate policies of the national Republican party in the U.S. don’t hold as you go down local. Texas might not be a great example of this, but in Louisiana and in Florida, which is imperiled by climate change more than basically anywhere else in the country, the local Republicans on the coast are not climate change deniers. They say they need money to adapt to climate change, to adapt to sea level rise, and so on. It’s a kind of top-down propaganda that I think, because of the way that it’s created (originally by the oil and gas industry in a series of white papers that I uncovered for Losing Earth), doesn’t quite have the staying power with individual voters that other core issues do. It’s not like abortion, for instance, which is something that a lot of people felt strongly about and then the party coopted. This is a top down propaganda effort, and so, as you get to practicalities, I think people are a lot more budgeable on these issues than they might appear to be.

Nathaniel Rich is the author of Losing Earth: A Recent History, which received awards from the Society of Environmental Journalists and the American Institute of Physicists and was a finalist for the PEN/E.O. Wilson Literary Science Writing Award; and the novels King Zeno, Odds Against Tomorrow, and The Mayor’s Tongue. He is a writer at large for The New York Times Magazine and a regular contributor to The Atlantic, Harper’s, and The New York Review of Books. Rich lives in New Orleans.
Big TableLit Hub RadioNathaniel RichpodcastsSecond Nature
Share:

A Brief History of Cheesy Pasta 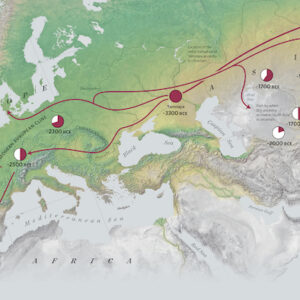 Ancient DNA shows nationalism is only a state of mind. Over the past decade, geneticists in labs around the world have...
© LitHub
Back to top