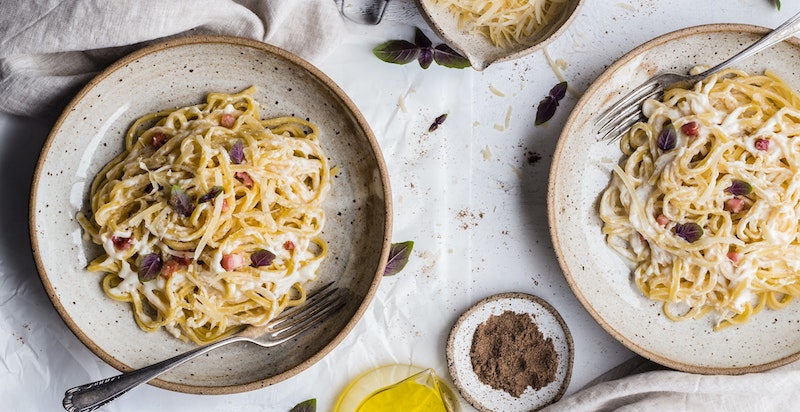 A Brief History of Cheesy Pasta

Translated from the Italian by Gregory Conti

Boiling pasta in a pot of salted water is an operation that to a lot of people seems obvious, but in the history of cooking there is very little that is obvious, or maybe nothing.

I’ll allow myself a personal memory. Some time ago, some American university students, whom I had asked to indicate what products they perceived as “typically” Italian, allotted first place to water. Right then and there, I thought they meant mineral water or bottled water, of which Italians are some of the world’s greatest consumers. They explained to me, instead, that they were thinking of water for boiling pasta (not coincidentally, they had put salt in second place, which should have clued me in).

Actually, this gesture is not automatically tied to cooking pasta, especially if you buy it already cooked or frozen, in which case your instrument becomes a frying pan or the oven, preferably a microwave. Gestures and ideas tied to different cultures, historically distant from the tradition of pasta? Perhaps. But we have already seen that there were centuries of uncertainty regarding the way to cook pasta. Boiled, sure, but also fried, steamed, baked, sautéed… Who decided and when that the best way was to boil it in a liquid? And that the liquid could be simple salted water (or possibly, and more appetizingly, broth)?

You might think it was just trial and error. By trying and trying again, you finally figure out what works better and what worse. But this empirical explanation is accompanied by a different one, of a theoretical nature. We find it in texts on dietetics, which for millennia have recommended “tempering” the qualities of foods, by balancing and adjusting the opposites on the two fundamental axes of hot/cold and dry/moist, the qualities that ancient Greek science had indicated as the constitutive elements of the universe and all things in it. A fundamental principle of the medical culture inaugurated by Hippocrates of Kos in the V-IV centuries BCE—and which was later dubbed “Galenic” because it was refined in the II century by Galen of Pergamon—was that of looking for the point of equilibrium in which opposites compensate for or correct each other. Contraria contrariis curantur, “opposites cure opposites” was the basic rule.

The first field of application for this rule was cooking, both in the choice of combinations (putting together ingredients with opposing qualities) and in cooking practices: roast moist ingredients to dry them; boil dry products to moisten them. This was the scientific basis—confirmed by experience—that fostered the habit of cooking pasta in water, or in broth, or milk, to rehydrate a dehydrated product. Born as a response to the invention of dried pasta, over time the practice became general, expanding to lasagna and tortelli (filled pastas), which came less and less to be cooked in the oven or frying pans, as had often been proposed in medieval recipes. All pasta, even when it was fried, was subjected to a preliminary boiling. At the close of the XII century, the dictionary by Uguccione da Pisa explains the lemma laganum as “a genus of food which is first cooked in water, and then fried in oil.”

There remained just one problem. Once cooked, the pasta became soft, gluey, viscous. This “softness” was also appreciated, to the point that very long cooking times, on the order of hours, were recommended. Maestro Martino suggests cooking vermicelli “for the space of an hour,” and Sicilian macaroni “for the space of two hours.” But this naturally led to the suggestion of a corrective measure, to temper the moistness that the pasta, if fresh, already possessed, or, if dried, had acquired, during the boiling. In all cases, the physicians—first in the Arab-Islamic world and later in Europe—recognized in moistness the main characteristic of pasta and suggested, to correct it, the use of dried ingredients such as pepper or other spices, which, given their prohibitive cost, were one of the main symbols of social privilege.

This same principle gave scientific support to the combination of pasta and cheese, which encountered extraordinary success in cooking customs.

*
It is hard to know if it was practice that supported theory, or vice versa. The most plausible explanation is that theory suggested practice, and then taste decreed its success. But we really cannot rule out that theory took note of established practices, justifying them after the fact. However you slice it, the history of pasta is tied with a double knot to the history of cheese—especially aged cheese, whose “dry” nature, in strict observance of the dietary rules, was thought to be ideal for balancing the “moist” nature of its companion. Grating it fine (or shredding it into ribbons) favored its blending with the still boiling-hot pasta.

Benedetto Reguardati, the physician from Norcia who, as we have seen, was attentive to the ferculis de pasta as a new category of food, inserts his considerations on the matter in his chapter on cheese (de caseo): “For foods of a viscous humor, cheese is most suitable, and it is properly eaten with macaroni, lasagna, and [other] pasta dishes.” He is echoed by the XIV century Liber de coquina: “It is to be known that on lasagna and in corzetti (pasta circles cut from rolled dough) you must put a large amount of grated cheese”: debet poni magna quantitas casei gratati.

But which cheese? Dietetic manuals and cookbooks leave the choice open, respecting different tastes and habits. Cooks could use traditional cheeses, such as cacio pecorino made from sheep’s milk, or innovative products, such as those that began to become popular in the middle centuries of the Middle Ages, in parallel with the development of cattle breeding. Of all of these cheeses, one was especially recommended: parmigiano—or piacentino, or lodigiano, or milanese, as were the names of the various kinds of “grana” that could be purchased in the cities of the Po Valley. Parmigiano and its siblings were born precisely in those years, between the XII and XIII centuries, in the large farms—often the properties of Cistercian monks—in which new experiments in zootechnics were first tried out, and which were frequented, as they took their herds to pasture, by shepherds from the nearly Alpine foothills.

Alongside the consolidated practices of sheep grazing (and of wild pig breeding) new breeding establishments were promoted with the focus on cows— up to that time used almost exclusively for plowing—for the production of meat and milk. This production innovation led to the appearance on the market of cheeses made from cow’s milk, which gradually took their place next to pecorini (sheep’s milk cheeses).

In the mid-1400s, the humanist Platina observed that there were now two varieties of cheese that “contend for first place in Italy”: the Tuscan marzolino (pecorino) and the parmigiano from the cisalpine regions. This judgment is repeated in 1471 in the Summa lacticiniorum by Pantaleone da Confienza—the oldest European treatise on dairy products—indicating the Florentine or marzolino and the piacentino or parmigiano as the most prestigious Italian cheeses (adding, in third place, the robiola cheeses of the Langhe area of Piedmont).

Thanks to their reputation, the new products also became part of the dietary customs of the upper classes, who up to that time had been suspicious of cheese as an element of the poor diet of shepherds and peasants. But it was not only a question of quality. What was decisive in the upward social mobility of cheese was the place that aged cheeses came to occupy in the gastronomic system— a coherent structure within which every product, every ingredient, plays a role and takes on meaning. In doing historical analysis, it is not particularly useful to concentrate on the experience of a specific product. Only the context, only the “dietary associations”—the felicitous expression of Fernand Braudel—allow us to place those experiences, otherwise destined to dissolve into abstraction, within a historical framework.

The success of “grana” in all of its forms—and more generally the good fortune of hard cheeses—was their combination with pasta, which worked on the level of taste just as well as it did in dietetic theory. That is why the history of these two products has evolved hand-in-hand over the centuries. The evidence from cookbooks and culinary literature always points to cheese (preferably parmigiano) as the ideal condiment for pasta. Numquam vidi hominem, qui ita libenter lagana cum caseo comederet sicut ipse, or rather “I have never seen a man so happy to eat lasagna with cheese as that guy there.” This image of Friar Giovanni da Ravenna, sketched in the XIII century by the Franciscan Salimbene da Parma, is almost the archetype of a gastronomic choice of extraordinary and lasting success.

Cheese on macaroni soon entered the world of Italian proverbs—and has never left it—to indicate an ideal combination, the perfect outcome of an enterprise, while maccaron senza cascio (macaroni without cheese) became the metaphor for imperfection—used as early as the 1500s by Pietro Aretino alongside equally dramatic absences of an essential element, such as cocina senza cuoco (kitchen without a cook) or il mangier senza bere (eating without drinking).

Likewise, grated cheese yearned for nothing as much as pasta. In the mid-1300s a celebrated novella from Boccaccio’s Decameron takes us—together with the ingenuous Calandrino—to the fabulous village of Bengodi, where food is guaranteed to all, in abundance and laborfree. Right in the center of town, “they had a mountain made entirely of grated parmesan cheese, where people did nothing but make gnocchi and ravioli that they cooked in capon broth. Then they would toss them down below, and the more you picked up the more you had.” (Translation Wayne A. Rebhorn.)

Bengodi is the fantastical country of Cockaigne, the land of plenty that appears in the utopian literature of half of Europe in the early Middle Ages. The mountain of parmigiano with macaroni and ravioli rolling down its slopes is its typically Italian variation, inaugurated by Boccaccio, carried on for centuries in our literature and later featured in prints and drawings. In the modern era, macaroni would become something completely different from what Boccaccio had in mind, in all probability a cascade of gnocchi (in accordance with the oldest definition of the term, which works better than macaroni in this image of pieces of pasta in free fall down the mountainside). But the condiment would not change, certified by now as a mark of the Italian culinary identity. 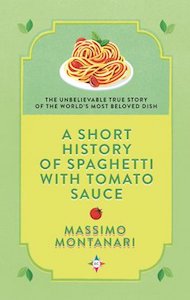 Excerpted from A Short History of Spaghetti with Tomato Sauce by Massimo Montanari, translated from the Italian by Gregory Conti. Reprinted with permission of the publisher, Europa Editions. Translation copyright © 2021 by Europa Editions.

Massimo Montanari is Professor of Food History at the University of Bologna and one of Europe’s foremost scholars of the evolution of agriculture, landscape, food, and nutrition since the Middle Ages. His works have been translated into many languages across the globe.

The Work of Living Goes On: Rereading Mrs Dalloway During an Endless Pandemic 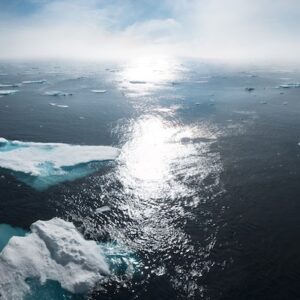