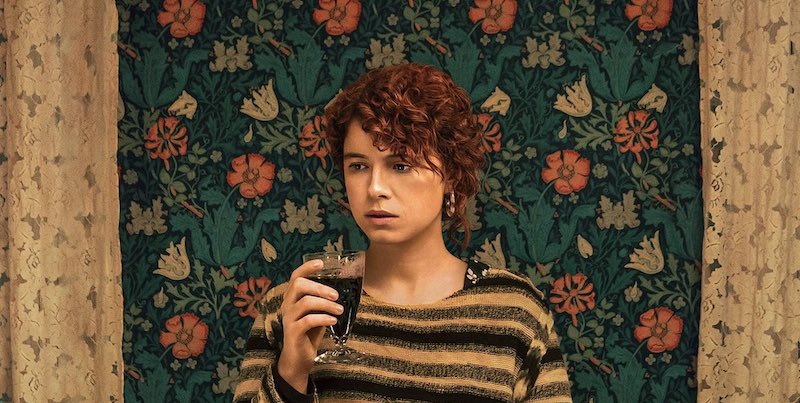 Adaptations Within Adaptations: How the Writer Anna Kavan Ends Up in Charlie Kaufman’s Latest Film

Note: This essay contains major spoilers for the film I’m Thinking of Ending Things, to the extent that a fundamentally abstract and nonlinear film can be spoiled.

Halfway through watching Charlie Kaufman’s film I’m Thinking of Ending Things, my inner literary nerd yelped with glee. (Don’t judge me—I was watching it alone.) During a scene in which the film’s unnamed narrator wanders into the childhood bedroom of her boyfriend Jake, the camera briefly shows a copy of Anna Kavan’s hallucinatory novel Ice. Later on, as the narrator and Jake drive through a surreal and seemingly unending winter landscape, Jake discusses Kavan’s novel as part of a sprawling and allusive conversation.

The edition of Ice on display in the film is the Peter Owen Ltd edition, rather than the 50th anniversary edition released by Penguin Classics in 2017. That edition made a convincing case for Kavan as an underrated major writer, and came complete with a Jonathan Lethem introduction and a Kate Zambreno afterword. Lethem’s introduction offers a succinct description of the novel to follow. Lethem writes of the novel’s seemingly noble narrator, who “slowly converges with the personality and motives of the sadistic, controlling ‘warden’ who is the book’s antagonist and the narrator’s double.” And then Lethem makes an observation about Ice that could apply almost as well to the recent film which invokes it:

Though Ice is always lucid and direct, nothing in it is simple, and it gathers to itself the properties of both a labyrinth and a mirror.

“Both a labyrinth and a mirror” could just as easily describe the landscape of Kaufman’s film—notably, its climax, set in a high school, where one character’s frenzied search for another transforms into a meditation on the nature of identity. It’s almost as though Kaufman was stealthily adapting Kavan’s novel for his film. This may give some readers pause, given that Kaufman’s film is already a relatively faithful adaptation of another novel by Iain Reid, with which it shares its name.

At the same time, I’m Thinking of Ending Things is also a narrative at war with itself—making the contrasts that run through it feel like a feature rather than a bug. A scene in which the narrator and Jake parry back and forth about books and movies—including the narrator quoting from the writings of Pauline Kael—also involves an invocation of Ice. But that’s not simply a case of literary name-dropping: Ice ends up informing Kaufman’s film in numerous ways.

“Both a labyrinth and a mirror” could just as easily describe the landscape of Kaufman’s film—notably, its climax.

At the most basic level of Kavan’s descriptions of wintry landscapes could just as easily apply to the omnipresent snow in Kaufman’s film. “It was snowing hard. I could barely distinguish the nearest ruins, white stationary shadows beyond the moving fabric of falling white,” muses the narrator of Ice. “Snowflakes turned yellow like swarms of bees round the lighted windows.”

Much later in the novel, Kavan continues with the evocative winter landscapes—ones where squalls of snow are less about weather conditions and more about a fundamental breakdown in reality. “We went out together into the onslaught of show, fled through the swirling white like escaping ghosts,” Ice’s narrator observes.

Strange winters aren’t the only ways in which Ice and Kaufman’s film find some overlap. There’s also the mutability of identity, which is present in Reid’s novel but magnified in Kaufman’s film. In the film, the narrator is referred to by a sequence of names; meanwhile, Jake’s parents appear in varied conditions—sometimes healthy and enthusiastic, sometimes seeming close to death and wrestling with chronic health conditions. Ice also a narrative where names are few and far between, and where certain bodies also showcase a chilling malleability. In one scene late in the novel, the narrator travels with the woman he’s spent much of the novel searching for, only to find her body transforming in his presence:

“She grew emaciated, the flesh seeming to melt off her bones. Her hair lost its glitter, was too heavy, weighed her head down. She kept her head bent, trying not to see me. Listless, she hid in corners or, avoiding me, staggered round the ship, stumbling, her weak legs unable to balance.”

Kaufman’s film abounds with similar transformations: it’s a series of journeys where the destination is never quite what was expected. Late in Ice, the narrator observes that “identification was nothing but an illusion”—a sentiment that lines up all too neatly with the jaded men at the heart of Kaufman’s film.

Ice is one of several cultural reference points that Kaufman’s screenplay brings to the story that aren’t in Reid’s novel. (This is in keeping with the spirit of Reid’s novel, which contains—among other things—musings on the fiction of Thomas Bernhard, whose work on the subject of embittered loners certainly comes to mind here.) And while adapting one novel in the midst of adapting another novel does sound precisely like something the author of Adaptation might do, the presence of Kavan’s narrative within the larger narrative also serves as a way to lightly skewer the more gendered aspects of this narrative.

In Kaufman’s novel, the narrator—apparently Jake’s girlfriend—turns out to be a kind of construct of his mind, an idealized version of someone he met once and regretted not getting to know better. I’ve also seen her described in reviews as a composite figure based on several women he knew existing in his mind, which gets us into similar territory. What does it mean when the character who narrates a particular work—generally seen as a kind of authority within that narrative—is, by virtue of their own unreality, fundamentally lacking in agency?

Strange winters aren’t the only ways in which Ice and Kaufman’s film find some overlap. There’s also the mutability of identity.

All of which brings the film into a particularly strange place with respect to its handling of gender. In her review of the film for Polygon, Karen Han writes that Jake has “a habit of mansplaining” at certain points in the film and a more open-minded approach to his paramour’s work at others. Writing at IndieWire, David Ehrlich also brings up Jake’s mansplaining tendencies. It hardly seems coincidental that Jake also invokes the work of David Foster Wallace, whose writing has likely been mansplained too many times to count over the years.

It’s also worth considering Kavan’s own biography when thinking of how her work informs Kaufman’s film. As Kate Zambreno writes in her afterword to the 50th anniversary edition of Ice, Kavan was born Helen Woods and later began writing under the name Anna Kavan—but not before she had used the name for a character in one of her stories. A writer who developed a fictional identity and found that it fit them all too well could read like a postmodern conceit if it wasn’t true—and it’s one more detail that suggests the invocation of Ice in the icy landscapes of I’m Thinking of Ending Things is a deeply layered element all its own.

A Brief History of the Creepiness of Human Bones 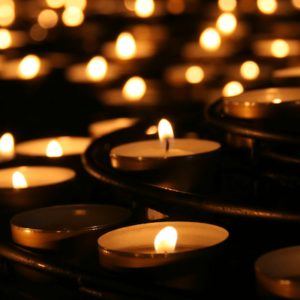 On Thursday April 2, 2020, at roughly 4:45pm, after a long work day spent dialing and failing to get through to unemployment,...
© LitHub
Back to top