Imagine being a young girl, growing up in a Japanese city. No one else in your family is a reader. You have to find books on your own. Where do you start? You go to the school library. Under “Literature,” you find Japan’s best-known writers—Akutagawa, Soseki, Dazai, Mishima—and a few big names from other parts of the world—Dostoevsky, Tolstoy, Camus, Sartre, Steinbeck. It’ll be years before you come across names like Virginia Woolf, Yuko Tsushima or Susan Sontag. As you stand in the stacks of the school library, scanning the spines one by one, you don’t even recognize that none of the names belongs to a woman.

When I was in my early teens, I spotted the name Haruki Murakami on the spine of a relatively new book. It was already a name that one would find in every bookstore or library, no matter the size. I took the book out and opened it up. I remember feeling like I’d never read anything quite like it. No parents, no family, no soporific preaching, none of the self-conscious struggles or triumphs so common in literature. For me, bogged down by situations and circumstances I had never opted into, Murakami’s individualism was shocking. More than anything, I felt like I could have read any given page forever—the writing was overwhelmingly fantastic. What made it fantastic had nothing to do with gender, the author’s or my own. I’ll never forget how excited I was to find out that novels like this existed. From then on, Murakami was a very special writer to me.

Murakami’s narratives tend to follow a pattern. A lonesome protagonist ventures into another world to recover something he has lost. We’re repeatedly shown that what we see, what we believe to be reality, has a shadow to it, and by passing through a “well” that unexpectedly appears in our daily life, our existence can easily be thrown into an unfamiliar place. The stories delve seamlessly into worlds that almost feel constructed from a grammar of the unconscious, realms where the reader may access forms of healing and regeneration only found therein.

When you’re reading, immersed in a story, you can become a point of view. It’s a beautiful thing, but the moment you take your eyes off the page, there you are, stuck in reality again. You’re back in your own body, burdened by time and an array of other constraints. As if this weren’t enough, most women are beset with the additional burden of often feeling out of place simply for being a woman. Because we live in these bodies, we are desired, ascribed value and consumed. We are told who and what to be, and we internalize these things, often without realizing it. The world of stories ought to be a place where anything is possible, but more often than not we run into the same old pressures, reinforcing their effect. If you look for women in fiction, you’ll find them everywhere—novels, movies, and of course in anime, perhaps Japan’s main cultural export—but they are almost always assigned supporting roles, sexualized and self-sacrificing. It doesn’t matter how young or old the woman is, it would seem she has no choice but to walk one of two paths: the mother or the whore.

I’ve had numerous chances to talk with people about Murakami’s work over the years. I’ve spoken to scholars, translators, authors and readers, both in and outside Japan. I’ve heard them speak passionately about their experiences with Murakami and try to find the words to explain the peculiar charm of his stories. We’ve discussed the themes and styles he’s developed over the past 40 years. We’ve talked about how those elements have changed—and how they’ve stayed the same. Then, about ten years ago, men and women alike started asking one question with particular urgency: “How do you feel about Murakami’s representation of women?” The question had such gravity that it was impossible to ignore. Answers ran the gamut. Some wished that he would handle women with the same creativity that he summoned when writing about men (or wells). Some said “The women make themselves unreasonably available,” while others said “I don’t see anything wrong with this.” Meanwhile, some said they actually thought Murakami’s depictions of women were realistic—even convincing.

Then they would turn to me and ask: “What do you think?”

I understand what’s at stake. Among the true pleasures of reading a tale spun by Murakami is the way he makes the world we know a foreign place. Oftentimes, sex functions as a skeleton key, allowing his protagonists access to other worlds. As these protagonists are overwhelmingly heterosexual and male, women must take on the role of sexual accomplice. I recognize that this pattern is present in no small number of his works, and I can understand that there is something to be learned from paying attention to this pattern. But what can we actually understand from this sort of pattern? The author’s personal ethics, obsessions, or attitude toward the world? Does it speak to something in his work obscured beneath the surface? All of the above? When we uncover these patterns, how does that substantively transform the thing we’ve read?

What is it that I, or you, for that matter, encounter on the personal level when reading Murakami?

There are things that we can glean from patterns we discover, and things these patterns fail to explain. In other words, there are things we can share about our reading experience and things too personal to convey. The joys of reading are innumerable, but what makes it possible at all is the fact that the act of reading, as a practice, is deeply personal. When reading, we encounter things so deeply personal we could never share them with anyone else. I’ve said a little about one of the patterns found in Murakami’s fiction. So, what is it that I, or you, for that matter, encounter on the personal level when reading Murakami?

Let’s think about the women in Murakami’s fiction. Who is the first that comes to mind? Midori from Norwegian Wood? Aomame from 1Q84? May Kasahara from Wind-Up Bird Chronicle?

For me, it’s the narrator of “Sleep,” one of Murakami’s finest short stories.

“Sleep” was published in Japan in 1989. Jay Rubin’s English translation was published three years later in The New Yorker. “Sleep” begins with the narrator’s 17th day of inexplicable sleeplessness. She’s a housewife in her thirties. She’s married to a dentist and has a young son. On the surface, it looks like her life is going pretty well. She’s simply unable to sleep. It’s been more than two weeks, and—strangely—no one else has noticed. Slipping back and forth between recollection and the present moment, she reads Anna Karenina through the night. Time ticks by relentlessly. The air grows thinner and thinner as we drift ever closer to the “other side,” no turning back.

Importantly, the narrator’s loneliness isn’t some female version of the feeling. What this story depicts is an inexpressible human loneliness, a despair in which something erosive awaits us, here in our quiet lives with our intimates, with our aging bodies and memories—though no one knows when it will come. What it depicts is not a stock female loneliness or hopelessness, the kind women are used to identifying with, through sympathy and familiarity, because they can see themselves. This human loneliness, relayed to us through a strange tension that won’t let up for a second, moots the fact that the narrator is a woman. Yes, because women are people. The narrator of this story was the first woman in fiction I could truly recognize as a person. She is still a part of me today, as is her waking loneliness. To be honest, I was shocked that this woman was written by a man. Reading “Sleep” also helped me fully understand how characters are realized in fiction. This is a decisive element in my personal experience with reading Murakami.

The relationship between the works of Murakami and his readers is fascinating. People across the world, coming from different historical and cultural backgrounds, identifying with different genders and belonging to different generations, read Murakami’s work. Quite a few of those readers have picked him up and never put him down again. Hovering, sometimes wobbling, between those shareable critiques and unshareable personal experiences, we continue reading, even as we feel the earth beneath us shift. I’m certain that increased attention to these moments of discomfort will motivate a great deal of spirited criticism in the coming years, not just of novels but across the world of art.

The narrator of “Sleep” was the first woman in fiction I could truly recognize as a person.

Over the past few years, some people have started asking if it is even possible anymore for us to read, or write for that matter, without being aware of gender norms. As a reader and a writer, I think this is a wonderful thing. By casting a work in a subtly different light, criticism—when it’s at its best—reveals shadows and depth, and shows readers new possibilities in the work.

Stories aren’t ads. They aren’t textbooks, either. The fundamental principle of fiction is that the author writes however they please, and—no less importantly—the reader reads the work however they please. Sometimes novels are used to justify a certain ideology. Even that kind of reading is fair. We just need to recognize that there is no single standard by which all works ought to be evaluated. The possibilities are infinite. Feminist criticism is one such possibility—one among many—but one that offers insights not otherwise available.

There is no general rule about what makes a novel wonderful or dull, only the wonderfulness or dullness pursued by or contained within each unique piece of fiction. We need to accept this, savor it, process it—on a fundamental level, reading inheres an act of trust, between the reader and the work, or the reader and the writer.

Sometimes, when you’re oscillating between critical questioning and personal experience, but go on reading the work of a certain author, something comes to exist between you and the story. Call it trust, between you and the work, impossible to share with anyone else. For me, “Sleep” and its narrator stand at the center of my relationship with Murakami. Even more than that, it’s the way he writes, which will always remain as vibrant to me as it was when I first read him in my teens. That writing that Murakami pours everything into, and continues to evolve with each new work.

But what about you? How has a sense of trust formed between you and Murakami’s work? What shape has it taken, and how does it speak to you? How does it exist inside of you?

Mieko Kawakami is one of the most promising writers in Japan today. Born in 1976 in the Osaka prefecture, Kawakami started her career as a singer songwriter before making her literary debut with the prose poem, "Sentan de sasuwa sasareruwa soraeewa" in 2006. Her novel Breasts and Eggs, winner of the prestigious Akutagawa Prize, will be published in English by Europa in 2020.
http://www.mieko.jp/mieko-kawakami

The Crisis Beneath Our Feet:
On the Destruction of Soil 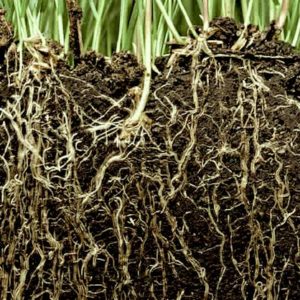 The Crisis Beneath Our Feet:
On the Destruction of Soil Science is only just beginning to get to grips with the universe of soil organisms, the services they perform and how they...
© LitHub
Back to top