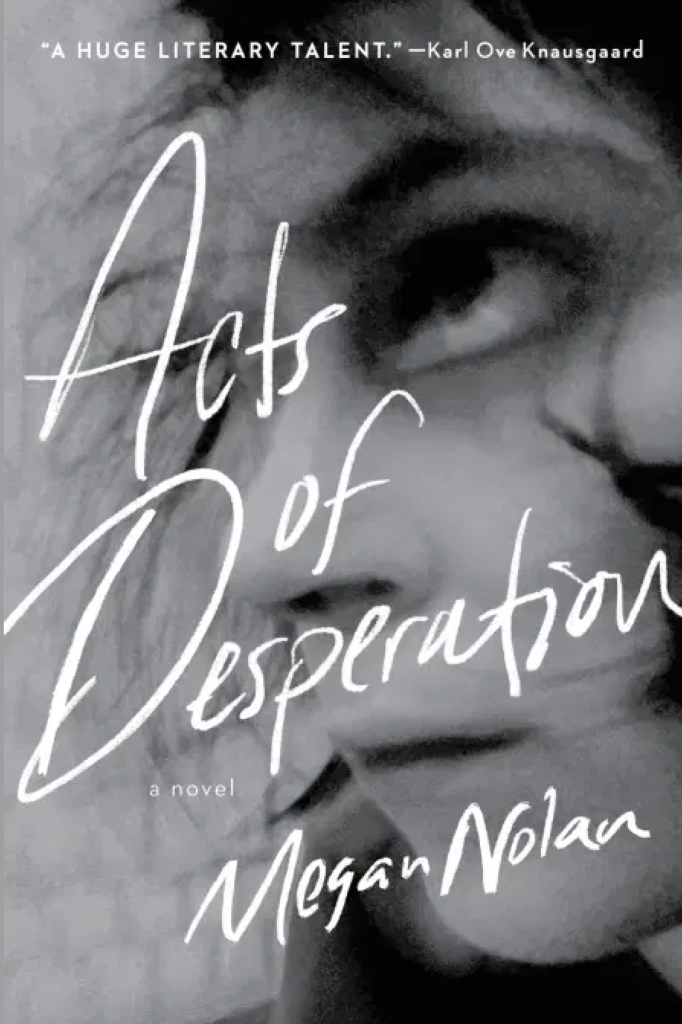 The following is excerpted from Megan Nolan's debut novel Acts of Desperation, about the tensions between rebellion and submission, escaping degradation and eroticizing it, loving and being lovable. Nolan's essays, fiction and reviews have appeared in the New York Times, the White Review, and the Sunday Times, among others. Regular columns of her cultural commentary appear in i newspaper, Huck Magazine and the New Statesman. She lives in London.

At that time I lived in a bedsit in Ranelagh on street level, where I left the window open at night so I could climb back in if I had lost my keys, which I often had. The first night I moved in, I sat in my bed after unpacking and looked around at the ephemera and trinkets. They were drawings and notes from old lovers and friends, postcards, photographs, porcelain figures, antique ashtrays. I needed these things, fixed them as soon as I arrived somewhere new, but now I was alone they seemed foolish. They looked like props for a bad theatre production, trying to summon up a personality where there was none.

Living alone, I began to split apart from myself in a deeper and more grotesque way than ever before.

There was my public life, where I worked and went out dancing and drinking and was amusing and energetic in company; where I made eyes at men in bars and sometimes went home with them; where I told people that I loved living alone, and they believed it because of how happy I was.

I really was happy when I seemed happy. I am incapable of lying about my feelings, it’s only that the feelings have no coherence, are not continuous from one hour to the next. And then there was the life I spent in my apartment trying to torture myself into submission and stillness. I could not be alone happily, and because I knew this was a sign of weakness, I forced myself to endure it for as long as I could before breaking, although I sometimes thought I would go mad.

Being with other people was, to me, the feeling of being realised. This was why I wanted to be in love. In love, you don’t need the minute-to-minute physical presence of the beloved to realise you. Love itself sustains and validates the rotten moments you would otherwise be wasting while you practise being a person, pacing back and forth in your shitty apartment, holding off till seven to open the wine.

Being in love blesses you with a sort of grace. A friend once told me he imagined his father or God watching him while he works, to help force productivity. Being in love was like that to me, a shield, a higher purpose, a promise to something outside of yourself.

That night I first met Ciaran I got as drunk as I’d ever been. There were two kinds of drunk I could get. The first was generally solitary and born not of a desire to be drunk but to pass time less miserably. It was slow, perhaps a glass of wine every half an hour or so, not too immoderate, although never less than a bottle, and characterised by a maudlin self-pity that would sometimes sour into violence.

The other kind of drunk I got was far more excessive and characterised by exuberant good spirits and a communal edge of mania; on these nights I would spend a huge amount of money I did not have, because—even more so than usual—time beyond the present seemed absolutely unreal, and the needs of the present were urgent.

At that time I lived in a bedsit in Ranelagh on street level, where I left the window open at night so I could climb back in if I had lost my keys, which I often had.

The excess of these nights was never depressing as it was happening, it was a part of being young and having no commitments and no stability. You could tell these nights before they had started usually, some air of mischief in the room when we began to drink. We threw back the first drinks, greedily anticipating the coming looseness and hysteria. There were things we had expected to have by now that we did not have.

Sometimes on nights like these I would meet people different to me, people who came from money and lived in flats their parents had given to them as casually as the rest of us were given charm bracelets and book tokens for birthdays. One such guy, Rogers, a small, wiry person with a great Brideshead Revisited pouffe of teased blond hair quivering above his porcelain face, dropped out of university about the same time as I had. I bumped into him at a party a few months later and asked what he was doing. I was surprised to learn he was in a middleweight role at a big PR firm, seeing as we were both only nineteen and without qualifications. I was still scrabbling around for miserably paid retail and bar work.

I, like most of my friends, was a good drunk, by which I mean I could drink a lot, liked to drink, and wasn’t disagreeable once drunk.

My life was blighted by hangovers. I was hungover most mornings to some degree, and badly maybe twice a week. During bad ones, I missed whole days huddling in my bed, scrolling through my phone without pleasure or intent, locked into its repetition as a safeguard. I peered through the curtains at the 4 p.m. sun and thought it better to stay in until it got dark. I was badly afraid.

There was a questionnaire I took once to define one’s level of alcohol dependence. The final question, in the section that was supposed to mark out ‘final-stage alcoholics near to death’, was: ‘Do you often wake up terribly frightened after a drinking binge?’ And when I read that I thought, Terribly frightened is exactly how I would put it.

Terribly frightened. It summed up the somehow elderly sense of fear I had when I woke up in the mornings. It reminded me of cinematic depictions of old women teetering on the edge of dementia, whose husbands had died, and who couldn’t remember the details of their home; an aimless but total distress and bewilderment. I woke up terribly frightened all the time.

I, like most of my friends, was a good drunk, by which I mean I could drink a lot, liked to drink, and wasn’t disagreeable once drunk.

William Faulkner, in the end stages of his alcoholism, travelled to New York to visit friends and see some plays. After ten days of heavy drinking he disappeared. A friend went to his hotel to check on him and, after banging on the door and yelling out his name to no avail, insisted that hotel staff let him in. Bursting into the room, they found Faulkner, semi-conscious and moaning thickly on the bathroom floor.

A curious, fetid odour hung in the air. The windows were all open despite the sub-zero temperatures. In the night, Faulkner had got up to be sick and had fallen against a radiator pipe. He immediately lost consciousness and did not feel the pipe burn through the flesh of his back over the course of many hours. By the time he was discovered the burn had become third degree.

In the hospital, his physician, Dr Joe, was called, and asked him, ‘Why do you do it?’

Faulkner apparently jutted out his jaw and responded, ‘Because I like to!’

His publisher Bennett went to be with him.

‘Bill,’ he said, and I imagine him looking down at his hands, head shaking slightly, unable to meet his friend’s eyes, ‘why would you do this on your vacation?’

Faulkner bristled at this, pulled himself up in the bed to his full height.

Meaning, not so much that I take pleasure in it, but: I choose it.

I do not understand what I do; for I don’t do what I would like to do, but instead do what I hate. What an unhappy man I am. Who will rescue me from this body that is taking me to death? –Romans 7:15–25

That night after meeting Ciaran I drank until I vomited and blood vessels beneath and above my eyes burst, and I traced them gently in the mirror, knowing they would be markers of a beginning. 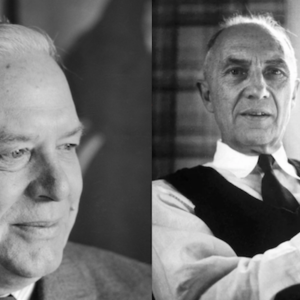 The Publisher Who Transformed the Careers of Wallace Stevens and William Carlos Williams Late in 1942 a Buddhist monk living in Los Angeles carefully inscribed his name in a recently published book by the poet...
© LitHub
Back to top