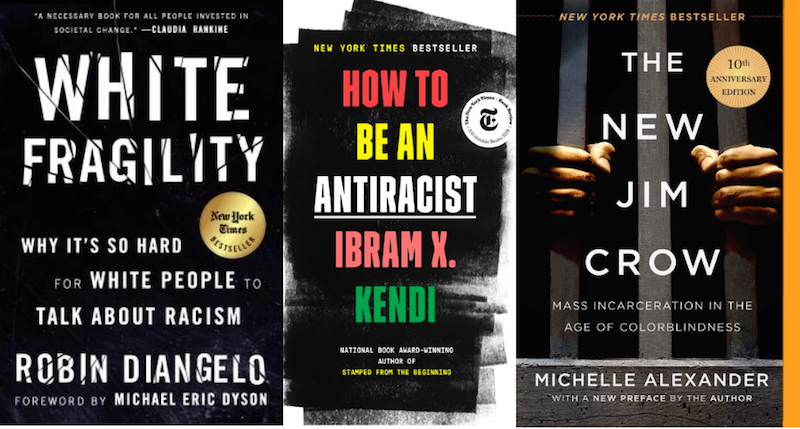 According to the New York Times bestseller lists, a lot of people are reading about racism.

Dr. Ibram X. Kendi pointed out on Twitter last night that books about racism (including two of his own, How to Be an Antiracist and Stamped from the Beginning) are making up a significant portion of the New York Times bestseller lists. “The resistance is from the loudness of demonstrations to the quietness of reading and listening and learning,” Kendi wrote.

The hardcover nonfiction hardcover list is led by How to Be an Antiracist, and includes Ta-Nehisi Coates’ Between the World and Me, and Layla F. Saad’s Me and White Supremacy.

On the paperback and ebook nonfiction list, more than half of the top 15 books are about racism, including Robin DiAngelo’s White Fragility, Ijeoma Oluo’s So You Want to Talk About Race, Michelle Alexander’s The New Jim Crow, Richard Rothstein’s The Color of Law, Beverly Tatum’s Why Are All the Black Kids Sitting Together in the Cafeteria?, and Austin Channing Brown’s I’m Still Here, along with Saad’s book and two of Kendi’s.

Let’s hope that all this reading translates to meaningful action.