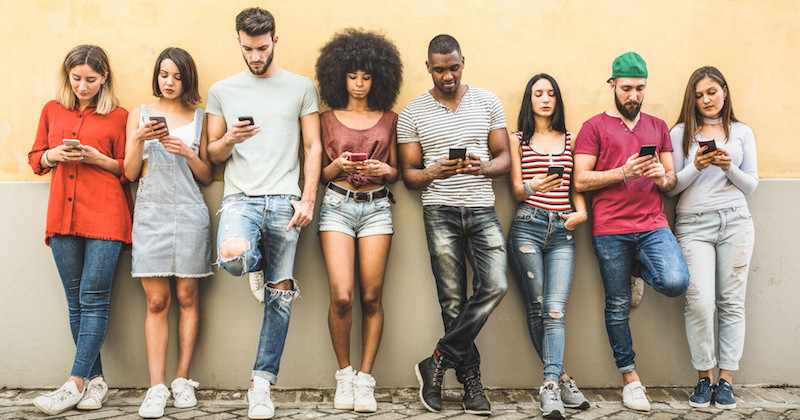 According to data, Black and Latinx Millennials are keeping the book industry alive.

Yes, according to a comprehensive new report—undertaken by Rachel Noorda and Kathi Inman Berenes of Portland State University, published by the Panorama Project and funded by OverDrive, the American Library Association, the Book Industry Study Group, and the Independent Book Publishers Association—exploring consumer attitudes toward media and books across an array of age groups, races, and locales in the United States during Year 1 of the pandemic, literature-lovin’ Millennials (particularly of the Black, Latinx, and—contrary to popular belief—male-identifying variety) engaged with books at a higher rate than their Boomer and Gen X counterparts. Take that, Bill Clinton and Radiohead.

Rather than focus solely on readers and readership, the Panorama Project report is the first major study of its kind to include research on “book engagement,” or how people buy, borrow, and share information about books. What does that mean exactly? Well, while on any given month your Boomer uncle might buy, and be content to bed down with, a Barnes & Noble copy of WWII Submarines and Their Wily Ways, your Millennial cousin might post pictures of four different indie-bought novels on Instagram, thereby spreading the good word to their online congregation. (In keeping with the hallowed media tradition of ignoring Gen X completely, I have not bothered to include them even in this very crude example.)

There’s a ton of interesting data in the report (as well as some stuff about discovering books through video games which I don’t really understand…), which you can and should peruse at your leisure, but here are a few of the major findings:

Across all age groups, individuals who did not identify as white engage with books the most.

White, female-identifying Baby Boomers buy the most books as gifts.

Genre is the most important factor for book purchasing (39%).

While Millennials were least likely to have a library card—70.5% compared to 75.8% for other age groups—they borrowed more books from the library during COVID than other groups.

Black Americans engaged with a higher number of books per month than the general survey: 4.2 e-books per month, 5.2 print books, and 2.7 audiobooks.

Asian Americans held the highest percentage of library cards at 81%. They post more reviews of books and are most influenced by reviews.

Midwesterners discover books via the library more than any other US region and hold library cards at a higher percentage.

Latinx readers bought more books during COVID than other groups.