About That Wave of Anti-Racist Bestsellers Over the Summer…

During the summer of 2020, I spent countless hours helping irate customers cancel their orders of popular anti-racism books. Before I opened a new email, I’d say a quick prayer that the content of the message wouldn’t make me cry. For the most part, customers were simply asking me why their order hadn’t shipped yet. I would look at the title, and without even clicking over to the tab where I can glance through the listed stock from our distributor, I’d messaged the customer back telling them that the book was backordered. So You Want to Talk About Race? Backordered. White Fragility? Backordered. How to Be an Antiracist? Backordered. Anti-Racist Baby? Apologize to your newborn, because that book was also backordered.

I knew from checking the same titles earlier that week that many of these books were scheduled to come back in stock, some to the tune of over 40,000 copies. Most of them were scheduled to be received by our distributor in a month or less; plenty of time to select another title from their towering stack of unread books or to look at the unlimited (and free!) resources on the internet that discussed the same concepts. However, that wasn’t ideal for many customers, so there I sat on my couch, canceling backorders.

I had multiple customers ask me why their particular order of White Fragility was now backordered, even though it had been in stock when they originally added it to their cart. “Oh, it’s because white people saw a Black man die at the hands of police, and even though Black people have been talking about police brutality for years, it took seeing him take his last breath as that officer kneeled on his neck before many white people felt as though it was time to finally have that talk,” I wrote as a reply. Then I took a deep breath, erased that message, and simply responded, “It’s a popular book right now.”

With the ordering of the books came the numerous lists featuring anti-racism books. Most of the lists felt repetitive, continuously offering the same five titles. When the lists came out, people sought out books and began to fill their baskets and carts with multiple copies for both book clubs and gifts for other well-meaning family members. It was a nice sight to see, especially because independent bookstores had taken such a hard hit during this global pandemic. Foot traffic and sales were down in an industry where the margins between success and destitute are so slim.

For Matt Keliher, who manages Subtext Books in St. Paul, this sudden boom in business “absolutely helped,” he told me. He went on to say that these orders “kept us afloat for most of the summer.” When I asked Semicolon, Loyalty Bookstore, Subtext Books, and Astoria Bookshop if the unforeseen impact of civil unrest had indeed profited their business, they were quick to say yes. Most of it was smooth sailing; other times, owners, managers, and booksellers described encountering the overwhelming amount of orders, the desperate desire to keep their businesses afloat, with the added issue of difficult and insensitive customers, as having their backs pushed against a wall.

“I’d say that more than half of the purchases were completely performative, and we could feel the general disinterest.”

A good portion of the bookstores that received attention during this educating craze were Black-owned. Outlets were publishing easy guides that organized these stores by location, sometimes in a list or on a colorful map. It made sense: if you’re going to learn about anti-racism from reading books, then you should probably order said books from Black-owned businesses. I would scroll through Instagram and take note of the vibrant photographs featuring stacks of books and the geotags naming where they had purchased them. In some ways, seeing the titles out in the world made me smile. Here people were, learning and finally answering their own questions themselves. On the other hand, it made me uneasy. Seeing photograph after photograph made the whole situation feel… trendy.

Many of these books had been out for a year, maybe even more. Now some of them were on the New York Times bestseller list for the first time. Where was that energy when Trayvon Martin died? When Eric Garner was placed in an illegal chokehold by people whose job it was to protect him? When Mike Brown’s uncovered body was left lying in the street after he was also killed by police? Why did it take another Black man’s death for a good portion of the country to begin to take to the streets for weeks at a time? Even though I’d like to believe that many of these people were acting with good intentions, my general sense was that most of these cases could be summed up as performative allyship.

A lot of people only think about racism in extremes, because the idea of microaggressions is a foreign concept to them; for those people, this period marked the first time they actively discussed the impact of racism and how it affects them. There have been numerous times where, talking to a friend, I’d point out that they had said something racist, and they would place their hands on their chest, mouth wide open, and act like I had shot them. Sometimes they would even stumble backwards, horror-stricken. “I’m not racist! My best friend’s Black,” they would say, not remembering that I was the best friend in that scenario. Even worse would be the situation where I would call an incident racist, and another witness—someone who did not have to face racism themselves—would dismiss it, calling me sensitive or believing that it was all a misunderstanding on my part. It was always on my part.

Danielle Mullen, the owner of Semicolon, a Black-owned bookstore in Chicago, had similar thoughts about the current anti-racist bookselling environment. White customers, in particular white women, would “(literally) cry about the work they wanted to do on themselves but were completely uninterested in buying titles that were NOT trending,” she wrote in an email. When asked if she thought that most of the customers were being performative allies, she agreed. “I’d say that more than half of the purchases were completely performative, and we could feel the general disinterest—plus they would all post the same pic with the antiracist titles while tagging the store lol.” Keliher from Subtext Books called it a “chance to put their order confirmation on their Instagram story to show off to their friends.” Christian Vega, the Events Coordinator at Astoria Bookshop, went so far to call it a case of “look at this on my bookshelf, I’m a Good White™.”

The irony of the term “Good White™” came to a head the day of the 2020 presidential election between Donald Trump and Joe Biden. Although Biden was eventually named the president-elect four days later, the exit polls on Election Day showed a different picture; when I checked them that evening, I began to cry. In 2016, when Donald Trump was elected, it was reported that 52 percent of white women had voted for him (that number was later reportedly decreased to 47 percent, according to TIME, which is about as good as saying “47 percent of these Skittles are poisoned, not 52 percent”). Now, it was looking like around 55 percent of white women had selected him to be their future president of the United States. I shouldn’t have been surprised. As Mullen said her in her email, “Why would anyone want to actively change a system that has been built solely to benefit them?” Here I was, watching multiple states turn red, and feeling as though no one had learned anything.

Some customers made racist comments about the frustrating state of backorders by saying, “This is exactly why I don’t support Black businesses.”

I took out my frustrations on Twitter, which sparked a conversation between hundreds of users, including many of the bookstores that had been featured on those Black-owned bookstores lists to begin with. “You mean buying white fragility instead of all the books by expert Black folx and then emailing me curses in all caps because I don’t force my staff to work slave labor to get them their book instantly despite print delays and back orders due to a pandemic wasn’t antiracism?!” Hannah Oliver Depp, the owner of Loyalty Bookstore in both DC and Maryland, joked. Vega felt the same way, proclaiming that “it was always the people who ordered White Fragility that were the most problematic ones. It was as if that was the ONLY book to cure them.”

When I asked Mullen what’s the worst thing she had to deal with during this summer, she told me how some customers made racist comments about the frustrating state of backorders by saying, “This is exactly why I don’t support Black businesses,” or “I went out of my way to patronize your Black business and you can’t even get a simple thing right.”

When all was said and done, I began to grow curious about what happened to the orders that weren’t canceled. Since people had been so eager to purchase them, as if the complex issue of racism could be understood by reading one book about it; surely, they were happily sitting in their homes on their nightstand. Unfortunately, for many bookstores, that’s not the case. “We have two full walls of orders not picked up between the two stores, and the vast majority are titles from this summer,” Oliver Depp remarked.

As for Subtext, Keliher is “looking at the stacks of books still needing to be picked up from web orders placed in the days and weeks following the uprising here.” When I asked what will happen to the books if the customers never pick them up, he remarked that he “hadn’t really figured out what to do.” Mullen believes that about 30 percent of those orders never even get picked up from her store. She took the practical approach though, sending the excess books back because “there was no real need to hold on to them.”

Now that the election is over, it’s hard to know what to feel. While I do appreciate the white people who marched beside me, yelling that Black lives did indeed matter, I worry that some of them went home, placed their handwritten signs down, and will never pick them up again, except to place them in the trash. I worry that white customers ordered these books and simply thought “I did a good deed today,” and rolled over to sleep. I worry that when the next Black person is killed by police, I will have to scroll through my timeline, only to stop and hesitate while reading comments such as “What was he doing?” or “They wouldn’t have been killed if they had simply obeyed the police!” What do I do then? There are simply no words in any book that will prepare me for that.

Katherine D. Morgan is an assistant features editor for The Rumpus and a former bookseller at Powell’s Books. Her work has appeared or is forthcoming at Huffington Post, Bitch Media, LitHub, The Rumpus, HelloGiggles, Willamette Week, Real Simple, and Trampset, among others. 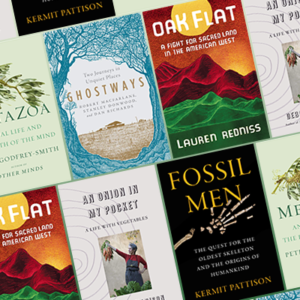