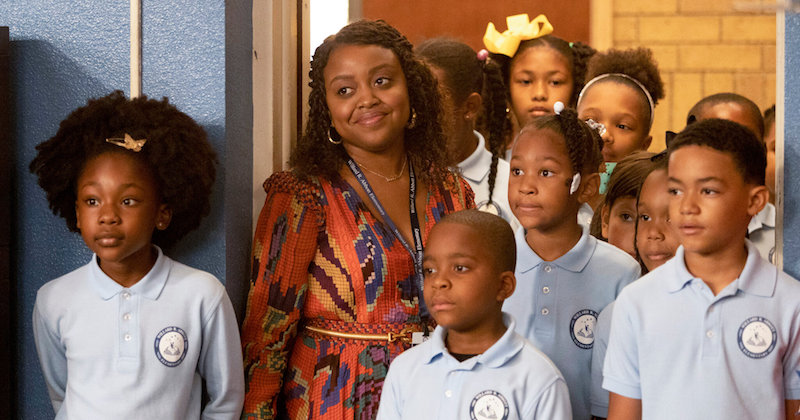 Critics and audiences are hailing the release of Abbott Elementary, ABC’s new workplace sitcom created by and starring Quinta Brunson (and, by the way, featuring a virtuosic comedic performance by Janelle James). Abbott Elementary, which received the highest comedy ratings since Modern Family’s finale in 2020, was inspired by Brunson’s real-life elementary school—and now, Variety has reported that, attached to the show, ABC is partnering with Scholastic to become the first entertainment brand to provide underfunded schools with free book fairs.

The book fairs will take place at seven Title 1 schools between March 14 and 18; each student will receive two free books and each teacher will receive ten. One of the participating schools is Philadelphia’s Harrity Elementary, on which Abbott Elementary is based. This month ABC is also—again, attached to Abbott Elementary—relaunching its Traveling Teachers Lounge, which provides teachers with Scholastic books, classroom supplies, breakfast, and (of course) Abbott Elementary merch. The Traveling Teacher’s Lounge, which originally visited schools in Philadelphia, New York, New Jersey, and Maryland, will now visit Dallas, Houston, Santa Fe, Phoenix, Reno, and Los Angeles—visiting LA on March 22, the day Abbott Elementary returns to ABC with new episodes.

“Abbott Elementary shines light on and reflects the experiences and challenges faced by our country’s educators,” Erin Weir, executive vice president of marketing for ABC & General Entertainment, said in a statement. “We had an extraordinary opportunity and responsibility to amplify that mission in our series marketing efforts. Giving back to this deserving community has been a pillar of our campaign from day one, and thanks to several incredible partnerships, like our collaboration with Scholastic, we’ve had the great fortune of celebrating teachers through supply donations, grassroots activations and more, while also sharing the joy of our hilarious new comedy.”