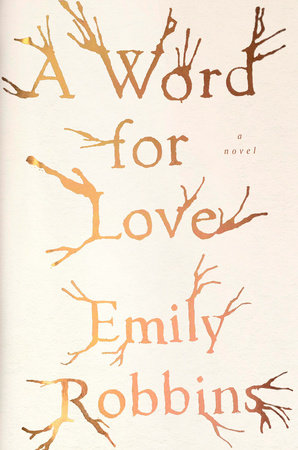 The following is from Emily Robbins’s novel, A Word for Love. From 2007 to 2008, Robbins was a Fulbright Fellow in Syria, where she studied religion and language with a women’s mosque movement. Robbins holds a BA from Swarthmore College and an MFA from Washington University in St. Louis, and in 2016 she received a second Fulbright to study in Jordan. She lives in Chicago and Brownsville, Texas.

The National Library was gray and foreboding in the sun. Lema, who had never been, took one look and said, “Bea, are you sure this is where you want to go?”

We traipsed in quietly. At the door, Madame told us to wait while she went up to the desk. She put the perfume we had brought in the front pocket of her purse, ready to give, then started slowly forward.

The rest of us held our breath. When Dounia coughed, Lema put her hand over her mouth. We watched Madame approach the librarian, whose head was bent over a book.

“Excuse me,” Madame said. The librarian didn’t look up.

“Excuse me,” Madame said again, reaching for the perfume, but she didn’t need it, because a strange thing happened: as the librarian lifted her head, Madame started beaming. “Hunadi!” she exclaimed, and to my surprise, the librarian didn’t tell Madame to lower her voice. She came around the front of the desk and the two women kissed on both cheeks. She asked about Madame’s family, her mother and children.

After a few minutes, Madame came back to us, smiling. “Come on, Bea. You’re going to see the astonishing text.” I couldn’t believe it.

“That’s Hunadi. Why didn’t you tell me she was the librarian? I know her from grade school. Her sister and I were best friends.”

She looked at Madame and Nisrine, the other adults. “Do you want to go with her?” They each paused. Nisrine said, “I’ll stay with the children,” but Nisrine had taught me all I knew about love, and in these last few days, she and Madame and I had been doing everything together, our usual roles in the family had changed. I took her hand. “Come with me.”

Madame said she would come, too, so the librarian got out three pairs of cotton gloves for us to put on, told the children to stay at the door where they couldn’t reach to touch anything, and Nisrine and Madame and I followed her past the cage where scholars sat, past the empty shelves, through a small door, to a room full of books.

So, this was where they kept them! I looked around me. Books sat everywhere, in piles three high on the shelving, on top of vaults for old relics. I reached out to touch one; its corner came away like dust in my gloved hand. Layers and layers of books. Histories and maps and biographies; a map of the city when our apartment was a lemon grove; a map of the town where Madame grew up, when it was a grazing ground for goats. There were hundreds of books, and they seemed without order or plan, as if anyone who walked in would be equally happy with any of them, and standing there breathing in their worn-out smell, I thought anyone would be. I hadn’t seen so many books since I arrived. Here was the autobiography of the president. Here was Aramaic, a biblical language.

Nisrine’s eyes were bright. She looked around, taking in the titles the same way she had taken in the colors of this city’s buildings.

“Bea, so this is why you like this place!”

The librarian told us to wait. She went into yet another, smaller room and came out a moment later, holding a thin leather case, which she cleared a space for on one of the dusty tables.

Neither Madame nor Nisrine nor I moved.

“Go on, don’t you want your text?” She undid the casing, shook it once, and five perfect pages like light slid out.

In the great stories of Arabic writing, scholars often recount the moment they see a truly astonishing text. It changes them. Forever afterwards, they live with the memory.

Madame and Nisrine and I approached our text carefully. The writing was beautiful but simple, spaced delicately over the center of the page. Painted vines ran along the sides, curving lightly in toward one perfect blue flower.

Madame said, “That’s the flower of the desert. It blooms only once every hundred years.”

Nisrine put out a finger to touch it. Adel had once called her this flower.

“It’s lovely,” she said, and I remembered the last time she said this, about Adel’s first poem, leaning, a dishrag in one hand, against the counter. That had been the first text we’d shared.

What is the beauty of experience, if not felt with those close to you? I had once received a poem, and ran with it to Nisrine, and there may have been moments afterwards when I regretted it, when I saw how that poem led to love for her, and for me—what? But, I never regretted the actual sharing; two heads bent over the same bright pages, two hearts simultaneous in anticipation, holding the same long breath. I always cherished that memory. I still do.

And even the writer, when she writes, isn’t it, too, to share?

We began to read. Silently at first, side by side, faces squeezed close so we could see. I traced the lines with my finger, the perfect vines, the tightly spun letters. After a moment, I heard a low hum in Madame’s throat; it grew, until she began to recite in a low, singsong voice, the way Baba used to pray, or recite the Quran. So, I stopped tracing the words, Nisrine stopped mouthing them, and instead, we followed along while Madame sang to us, an ancient love story.

From A WORD FOR LOVE.  Used with permission of Riverhead. Copyright © 2017 by Emily Robbins. 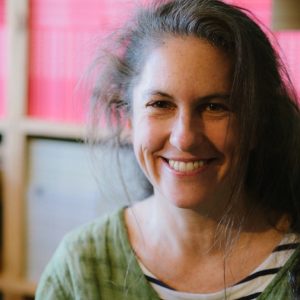 Interview with a Gatekeeper: Archipelago's Jill Schoolman Jill Schoolman, founder and publisher of Brooklyn-based Archipelago Books, is pretty fearless despite her petite frame and soft...
© LitHub
Back to top