A Twang or a Drawl? The Art of the Audiobook Southern Accent

What Goes Into Recording Stories Set Below the Mason-Dixon Line

Southern accents are like hot sauces: dozens of varieties that can be difficult to distinguish, but they can be subtle or heavy-handed; they can add color or be a one-note distraction. Some creep up on you and some do not. A little goes a long way. When some people detect their presence, that’s all they can focus on. In the wrong hands they can be dangerous.

Or maybe Southern accents are like leather jackets: they can be tacky or sophisticated; they can suggest that the person in possession of one is a badass who doesn’t give a shit. Or they can mark the owner as “not from around here.” People who have them sometimes congregate in groups.

Or they’re like the soft hands of a coddled aristocrat that signal unshared worlds of experience to those who don’t have them.

Like the arcane knowledge of World Series contests in old war movies, trying to fake a Southern accent can give you away as a phony.

But a Southern accent can be a soothing, musical thing—depending on the mouth that’s shaping it and the ears that are hearing it.

Like hot sauces, Southern accents are perhaps their own little cottage industry. In the world of audiobooks, a world that is seeing remarkable growth because of streaming technology and smartphones, narrators with Southern accents are sought after for particular projects. And since “Southern writing” is still a thing, that means a lot of audiobooks in search of Southern-voiced narrators.

Audible, the audiobook service owned by Amazon, grew by 40 percent from 2014 over 2013. It’s both the largest seller and the largest producer of audiobooks in the world. With millions of members worldwide, people spent a cumulative 1.2 billion hours listening to audiobooks on Audible in 2014.

The publication of Harper Lee’s Go Set A Watchman—a kind of prequel to her classic 1960 To Kill A Mockingbird, and her only other novel—was possibly the biggest book news of 2015. To narrate the audiobook, which was bound to be one of the top-selling titles of the year, Audible got the actress Reese Witherspoon, who was born in Louisiana and grew up in Tennessee, and who still retains, or can at least deploy, a natural-sounding Southern lilt to her voice.

When reading the word “wide,” for instance, Witherspoon makes it almost a mini diphthong—something like “wah-id.” A word like “private” gets stressed on the first syllable. It’s all subtle, but definitely Southern.

Nick Sullivan is a professional actor and audiobook narrator. He’s narrated over 400 audiobooks since 1995. Born and raised in eastern Tennessee, Sullivan is a go-to narrator for books set in the South or told from the perspective of Southern narrators.

Sullivan knows how to turn on the drawl and twang, but mostly his work adding Southern flavor to audiobooks is about not laying it on too thick. “Voice work” is the term for adding accent, dialect and specific distinctive qualities to different characters’ voices in audiobooks. Some avid audiobook consumers love it, some hate it.

“There is a pretty strong school of thought that many listeners don’t like any voice at all,” says Sullivan. “More people prefer voice work, but there’s enough people that don’t like it that I really try not to overdo it ever.”

The first rule in audiobook narration might be “first do no harm.” And it’s probably even more apt when Southern accents are involved.

“One thing you want to do, not just with accents, but with character voice choices, is you don’t want to make it about that.”

Most authors work to create characters that are not simply one-dimensional, reduceable to a single trait or detail. An audiobook narrator can mangle all the artistry by hitting a note too hard.

“You have to ask yourself what is the purpose of putting on a dialect. It’s to help differentiate the character or to properly voice something that the author has specifically mentioned, but it should not be about showing off your cartoon-voice skills.”

Southern accents seem to be particularly prone to caricature. Those outside the region can often imitate an idea of a Southern accent, but it’s generally a flattened joke. Real Southern accents are more varied, more musical, as much about pitch and stress as they are about vowel substitutions and speed. And some fine points are idiosyncratic: You have to know to say “IN-surance” instead of “in-SUR-ance.”

For the most part Sullivan can draw on the natural accent of his upbringing, one that was in a house without strong accents, but surrounded by friends that had heavy regional pronunciations. Though there are verifiable differences between an average western Virginia accent and a south Georgia accent, say, Sullivan usually doesn’t need to delve into subregional variations. His gentle dusting of Knoxville color is generally sufficient. But some books require a little more research and finesse.

When contributing his narration to Fives and Twenty-Fives, Michael Pitre’s award-winning 2014 novel about veterans of the Iraq War, Sullivan had to work on a character with a specifically non-New Orleans bayou Delta accent from Louisiana. To get it right, Sullivan found some fishing videos from the region and did his best to copy them. Sometimes footage of local politicians or regional episodes of roaming shows like Diners, Drive-Ins and Dives can help out, too. But would-be dialect narrators should be warned, there’s a thing out there called “the accent challenge,” where people post videos on YouTube of themselves doing their best fake accents. You don’t want to use these as your source material.

In addition to the syllabic stresses, the speed, the dropped Rs, the subtle sing-song and lilt you might hear in some accents, Sullivan zeroes in on something slightly more mysterious when he’s working on a voice, something he calls “placement,” which has to do with where in the body the sound seems to be primarily formed. Some people speak from “up near the nose” and others from the “back of the mouth,” says Sullivan, and once a voice actor locates that distinction, everything else can fall into place. There are pinched voices and there are jowly voices. There are voices that seem to hinge on lots of lip and teeth movement, there are others defined by the fleshy muffling of the mouth.

And sometimes place names require a little local research in order to avoid a flub. Near my house, instance, there’s Vienna Elementary School, but if you weren’t from North Carolina, you might think to pronounce the place like the capital of Austria. But the locals say “VIE-enna.” Sullivan often makes a phone call to the local library to suss out regional peculiarities in place names.

Sullivan works hard to get his regional accents and dialects right. But he says he has gotten carried away before.

“There was a Star Trek book and we had to tone down Scotty,” says Sullivan. “I was too Scottish for Scotty.”

John Adamian was the editor of a group of alt-weeklies in New England for 13 years. His writing has appeared in The Believer, Wired, Afropop.org, Modern Farmer, the Hartford Courant, Relix Magazine, Arthur, and other publications. He lives in Winston-Salem, North Carolina with his wife and two children 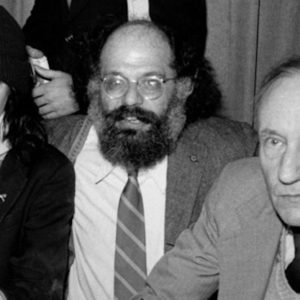 To begin with, the phrase “Beat Generation” rose out of a specific conversation with Jack Kerouac and John Clellon Holmes...
© LitHub
Back to top