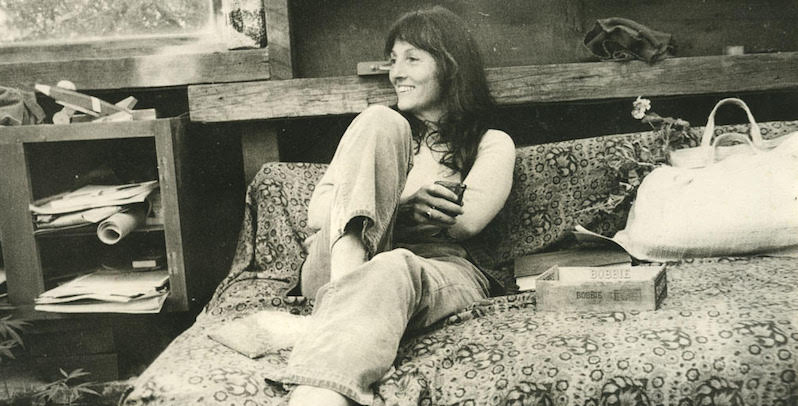 Eileen Myles and Anne Waldman on the Late Poet

Near the beginning of her 1977 book, Back to Texas, Bobbie Louise Hawkins tells a story from when she was six months old. Wait, no, she corrects herself, 18 months old, which means her mother was 19 years old, and they were living in a farmhouse in East Texas with relatives for the winter of 1932, where they turned the big room into a combination living room and kitchen and cooked over the fire, and everything they ate was delicious, and neighbors would give dances and her mother and Aunt Hannah and Uncle Horace would dance all night and then eat barbecue at midnight and dance some more, and it snowed every day, and her mother and Aunt Hannah would go out walking in the snow.

When I read Bobbie Louise Hawkins’s stories and poetry, when I listen to recordings of her sexy radio voice, I hear a woman who made no definitive distinction between art-making and life-making, such that living and writing could occur together constantly instead of one beginning where the other ends. The people she writes about are never reduced to symbols, but instead remain in the fullness of their complexity, their liveliness, the boundaries of fiction and art opened up to make room for everything. It almost didn’t happen—we could have had none of the poems and none of stories. She had to work so hard to be heard, and in too many ways she still isn’t.

In a 2011 interview for Belladonna with the poet Barbara Henning, she describes being 16 in 1946, looking out a bus window heading east in Albuquerque and seeing a neon sign that read “Art Center.” Already harboring certain suspicions that she herself was an artist, or destined to be one, she got off the bus and went inside, where she explored the studios: the engineering room, the wealth of microphones. She ended up joining the repertory company to make radio soap operas. Without the money to go to college, she got married at 18 to an architect who seemed to be her only way out of Texas. They traveled together, had kids, made a life as best she could, and then they got divorced. After a stint as a late night radio DJ in Albuquerque, she met and fell in love with the poet Robert Creeley, who found in her his muse, a subject for his love poems, and, as with all men who require muses to inspire their work and cook their food and sleep with them, he therefore needed her to be silent—a vision to be described, but with nothing to say for herself.

In her interview with Henning, Hawkins explains, “When Bob and I were first together, he had three things he would say. One of them was, ‘I’ll never live in a house with a woman who writes.’ One of them was, ‘Everybody’s wife wants to be a writer.’ And one of them was, ‘If you had been going to be a writer, you would have been one by now.’ That pretty much put the cap on it. I was too married, too old, and too late, but he was wrong.”

“She enraged me as a young jerk in my twenties because I didn’t know what to make of her supreme confidence and older woman freedom.”

I email Eileen Myles to ask what Bobbie Louise Hawkins was like, and they tell me a story:

I first encountered Bobbie Louise in about 1977 in New York when she was touring with Rosalie Sorrels and the singer and guitarist Terry Garthwaite, all billed simply as ‘Three Women.’ She [led] a workshop at The Poetry Project one night during one of her tours and she sat at the head of the table with her intense cheekbones, totally hot, probably about fifty [at] the time, telling stories and making it really clear that stories were writing and writing was stories and she seemed like the most comfortable woman in the world. She enraged me as a young jerk in my twenties because I didn’t know what to make of her supreme confidence and older woman freedom. It just seemed like culture and language poured out of her like a tap. She was an aesthetic experience. She exuded wise, always. We became friends later on and over the years at Naropa where she taught and I did too, and by then I had become a gut-level fan and nothing but admiring of her entire manner, her writing and her talk. She and Lucia Berlin who I often link her with since they had long been friends and young married women in the same sexist southwest, wives of male artists and mothers who enjoyed laughing at their former husbands hopeless arrogance and Bobbie Louise and Lucia had a similar adherence to truth, or the pleasure of telling some version of it, and her work blurred art and life in the most fascinating and blindingly charming way. I’m deeply influenced by her way, her claim to language being from something essential about people and herself being one and of them. Her class and her regionalism was almost like a substance. Her forebears, her family that she talked about were her wisemen, well mostly wise women, she one of them now, kind of always holding forth and yet she had this way that made you want to give her all the attention you had. She was blindingly hot and charming till the end.

Hawkins describes her writing practice in the years she and Creeley were together. She had a cardboard box full of writing she would hide in a closet. Whenever he would leave the house, to teach a class or meet a friend, she would wait until she knew he was too far away to come back unexpectedly—then, she would pull it down, write in secret, and hide it again before he got home.

One great proof of the power of women telling their stories is how much terror it strikes in the hearts of the men who would seek to oppress them. I ask Anne Waldman what she thinks about this muse fantasy, this strategy for silencing women by speaking about them, for them, because I don’t understand it; she says she doesn’t either. She writes:

I never understand what men want with the fleshly muse, drudge & toil of body? Ownership. Creeley’s love poems are often stunning but not because he had wrong headed ‘muse’ idea; they could have happened without it. He’s a wonderful conscious poet. Is the muse not in the syllables? Or does she only reside in bed and kitchen? There wasn’t room for more than one poet in the house? And one with fame. I witnessed this commentary and rage. In spacious Bolinas? Ego, jealousy, mean spirit, alcohol. Phases of a marriage in an earlier socially conditioned binary. What marvelous collaborators they might have been. So Bobbie had to hide the goods. And live on pins and needles. She was exhausted with the sly hiddenness, full-time mother, and keeping up as a famous gorgeous half a couple couple in the world. And she charmed the world. She had phenomenal wit and will and purpose and stories to tell. It felt like she could finally breathe at Naropa’s Kerouac School and pass on her gnosis to younger writers interested in the sentence, in the story, in performance of voice and be in community. Her readings are legendary. And her life was source for the novels, for heartbreak. Her uniqueness of a lived pedagogy. She had to write or perish. ‘Get on with it,’ she often remarked. I have sympathy in many directions. They stayed friends and in conversation. And Bob’s dear family, coming after, could also understand the nuances of the difficult lives artist have to forge identity, agency, individuation. Penelope and Bob raised a wonderful feminist son named Will. The struggle women especially had. Robert Duncan had a profoundly different sense of muse than that of the guys perhaps because he identified as gay? And gave Bobbie a cheer. ‘The Thought That Was Called Helen’ is a brilliant exalting break-through poem. Still a work in parity, her work, her life, with more struggle and progress to come. We can’t go back now.

The women in her life, who populated her writing, supported her when the time finally came for her to leave Creeley. In her interview with Henning, she describes a moment near the end of their marriage where Joanne Kyger invited Hawkins to come read with her in San Francisco, but instead of accepting the invitation for herself, her first thought was of how it would upset Creeley, since he hadn’t read in San Francisco for a while. Hawkins suggested Kyger invite Creeley instead, to which Kyger responded, “I’m not asking Bob. I’m asking you.” She describes Anne Waldman inviting her to come teach at Naropa after the divorce, not as an artist’s wife and his magical muse, but as the brilliant artist she had always been.

Hawkins told her own story, a radical act in and of itself, and she did so radically.

Hawkins told her own story, a radical act in and of itself, and she did so radically. From incorporating the language of her mother and grandmother and aunts in her writing, to describing housework and cleaning and cooking in detail because those details are a necessary part of both art and living, to writing about childcare and motherhood, as well as her experiences seeking illegal abortions that could have killed her, her writing was always so alive and the people in it so real. In her poem, “The Thought That Was Called Helen,” a beautiful and furious condemnation of the objectification of women by artists, she writes:

And in writing the poem, she answers the question. She is the hero. And she’s not alone—the heroes are everywhere, hidden but so present, calling to each other, calling forth the world.

Laura Henriksen is the author of Canadian Girlfriends (THERETHEN, 2019), Agata (Imp, 2017), and Fluid Arrangements (Planthouse Gallery, 2018) with Beka Goedde. Her writing can be found in The Brooklyn Rail, P-Queue, Foundry, High Noon, and other places. She is the Director of Learning & Community Engagement at The Poetry Project. 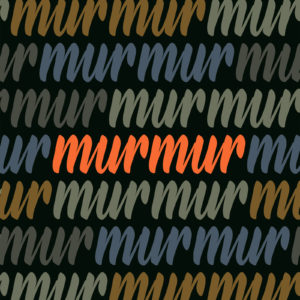 PART ONE JOURNAL Murmur Fear of homosexuals is never far from the surface. The few people who have supported me after...
© LitHub
Back to top