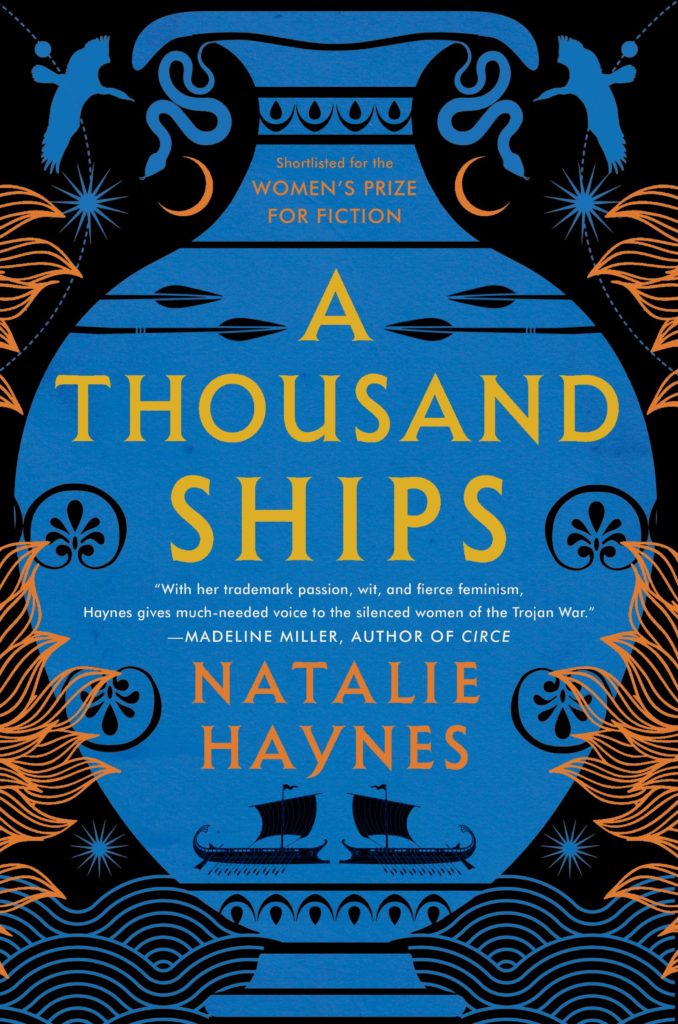 The following is excerpted from Natalie Haynes' latest novel, A Thousand Ships, a retelling of the Trojan War from the perspectives of the many women involved in its causes and consequences. Haynes is the author of six books and has written for the Times, the Independent, the Guardian, and the Observer. She lives in London.

A deafening crack awoke her, and she caught her breath. She looked around for the baby, before remembering that he was no longer a baby, but had seen five summers come and go while the war raged outside the city walls. He was in his own room, of course he was. Her breathing slowed, and she waited to hear him cry out for his mother, terrified by the thunderstorm. But the cry did not come: he was brave, her little boy. Too brave to cry out at a lightning bolt, even if it was hurled by Zeus himself. She wrapped the coverlet over her shoulders, and tried to guess what hour of the night it was. The pitter-patter of rain was growing louder. It must be early morning, because she could see across the room. But the light was peculiar: a fat yellow colour which caught the dark red walls and painted them an ugly, bloody shade. How could the light be so yellow unless the sun was rising? And how could the sun fill her rooms when she could hear the rain falling on the roof? Disorientated by her recent dreams, it was several moments before she realized the acrid tang was in her nostrils, not her imagination. The crash had not been thunder, but a more earthly destruction; the pitter-patter was not rain, but the sound of dried wood and straw crackling in the heat. And the flickering yellow light was not the sun.

Realizing the danger she was in, she leapt from her bed, trying to undo her previous slowness. She must get outside and away from the fire. The smoke was already coating her tongue with its greasy soot. She called for her husband, Aeneas, and her son, Euryleon, but they made no reply. She left her small bedroom—the slender cot with its red-brown coverlet that she had so proudly woven for herself when she was first married—but she did not get far. She caught sight of the flames through the small high window just outside her bedroom door, and all speed slid away from her feet into the floor. It was not her home which was ablaze. It was the citadel: the highest point of the city of Troy, which only watch-fires or sacrificial flames or Helios, god of the sun, travelling overhead with his horse-drawn chariot, had ever lit before. Now fire was jumping through the columns of stone—so cool to the touch—and she watched in silence as part of the roof caught, and a sudden shower of sparks flew from the wood, tiny whirling fireflies in the smoke.

Aeneas must have gone to help battle the flames, she thought. He would have run to offer assistance to his brothers, his cousins, carrying water and sand and anything they could find. It was not the first fire which had threatened the city since the siege began. And the men would do anything, everything, to save the citadel, site of Troy’s most prized possessions: the treasury, the temples, the home of Priam, their king. The fear which had driven her from her bed ebbed, as she saw her own house was not ablaze, she and her son were not in danger, but—as so often during this endless war—her husband was. The sharp fear for survival was replaced instantly with a familiar pinching anxiety. She was so used to seeing him go out to fight the pestilence of Greeks who had been encamped outside the city for ten long years, so used to the dread of watching him leave, and the crippling fear of waiting for him to return, that now it settled on her almost comfortingly, like a dark bird perching on her shoulder. He had always come home before, she reminded herself. Always. And she tried to ignore the thought which the bird squawked unbidden into her mind: why should the past be any guarantee of the future?

She jumped as she heard another monstrous crash, louder surely than the one which had woken her. She peered around the edge of the window, looking out over the lower parts of the city. Now she saw that this was not a fire like other fires save for the importance of its location: it was not confined to the citadel. Pockets of angry orange light were flickering all over the city. Creusa murmured a prayer to the household gods. But it was too late for prayers. Even as her tongue formed the sounds, she could see the gods had abandoned Troy. Across the city, the temples were burning.

She ran along the short dark corridor which took her towards the front of the house through the courtyard room she loved with its high and ornately patterned walls. No one was here, even the slaves had gone. She tripped over her sheath, then twisted her left fist into the fabric to shorten it. She called again for her son—could Aeneas have taken him to collect her father-in-law? Was that where he had gone?—and opened their large wooden door onto the street. Now she could see her neighbours running along the road—none carrying water as she had imagined Aeneas would be, but only bags with whatever they had managed to gather up before they fled, or nothing at all—she could not suppress a cry. There were screams and shouting coming from every direction. The smoke was sinking into the streets, as if the city was now too ruined, too shamed to meet her eyes.

Realizing the danger she was in, she leapt from her bed, trying to undo her previous slowness.

She stood in the doorway, unsure what to do. She should stay in the house, of course, or her husband might not be able to find her when he returned. Many years ago, he had promised that if the city ever fell, he would take her and their son and his father, and any other Trojan survivors, and sail away to found a new city. She had put her fingers on his lips, to stop the words from coming out. Even saying such things could invite a mischievous god to make them come to pass. His beard tickled her hands, but she did not laugh. And nor did he: it’s my duty, he had said. Priam commands me. Someone must take on the mantle of founding a new Troy, if the worst should happen. She again tried to crush the flurry of thoughts that he would not return, that he was already dead, that the city would be razed before dawn, and that her home—like so many others—would not be here for anyone to return to.

But how could this have happened? She pressed her head against the wooden door, its black metal studs warm against her skin. She looked down at herself and saw oily black dust had already settled in the creases of her shift. What she could see happening across the city was not possible, because Troy had won the war. The Greeks had finally fled, after a decade of attrition on the plains outside the city. They had arrived with their tall ships all those years ago and had achieved what, exactly? The battles had been waged nearer the city, then further away; advancing right up to the beached vessels, then closing back towards Troy. There had been single combat and all-out war. There had been sickness and famine on both sides. Great champions had fallen and cowards had sneaked away with their lives. But Troy, her city, had stood victorious in the end.

Was it three days ago, four? She could no longer be completely sure of time. But she had no doubt of the facts. She had watched the fleet sail away herself, climbing to the acropolis to see it with her own eyes. Like everyone else in the city she had heard the rumours several days earlier that the Greek army was packing up. Certainly they had withdrawn to their camp. Aeneas and his fellow men—she would never think of them as warriors, for that was their role outside the city, not within it—had debated the merits of a raiding party, hoping to discover what was going on as much as to cause mayhem. But they had held themselves back within the city walls, watching patiently to see what might happen next. And after another day or two with no spears thrown nor arrows fired, people began to hope. Perhaps another plague was ravaging the Greek camp. It had happened before, a few moons ago, and the Trojans had cheered, making thankful offerings to every god. The Greeks were being punished for their impiety, for their senseless refusal to accept that Troy would not fall, could not fall to mortal men. Not to men like these, these arrogant Greeks with their tall ships and their bronze armour, glinting in the sun because not one of them could tolerate the notion that he should labour in obscurity, unseen and unadmired.

Like everyone else, Creusa had prayed for plague. She had not thought there was anything better to pray for. But then another day passed and the ships began to move, the masts quivering as the men rowed themselves out of the bay and into the deep waters of the ocean. And still the Trojans stayed quiet, unable to believe their eyes. The camp had been an eyesore to the west of their city, behind the mouth of the River Scamander, for so long that it was peculiar to see the shore without it, like a gangrenous limb finally amputated. Less horrifying than what had been, but still unsettling. And a day later, even the last and slowest of the ships was gone, groaning under the weight of the men and their ill-earned treasure, ravaged from every small town in Phrygia, from everywhere with fewer men and lower walls than Troy itself. They rowed themselves into the wind, then unfurled their sails and floated away.

Creusa and Aeneas stood on the city walls, watching the white froth churning up on the shore, long after the ships had disappeared. They held one another as she whispered the questions he could not answer: why have they left? Will they return? Are we safe now? 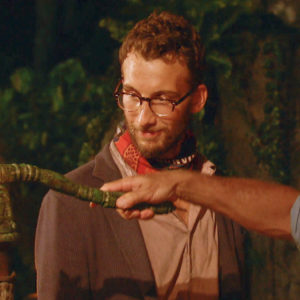