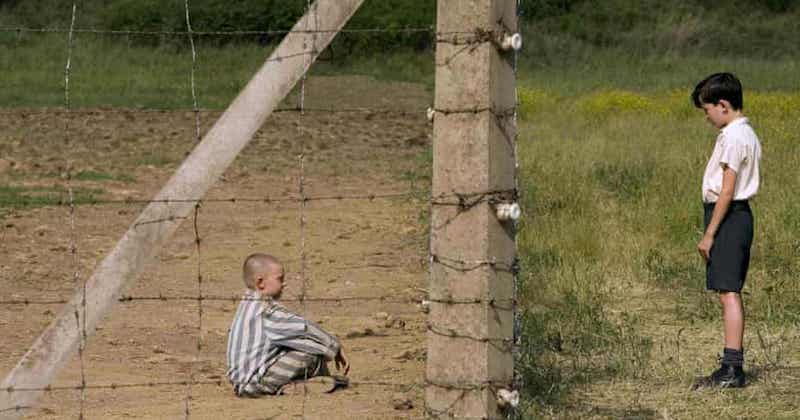 A The Boy in the Striped Pyjamas sequel will be published this year. It’s controversial.

John Boyne, writer of The Boy in the Striped Pyjamas, is releasing a sequel to the novel on September 15, 2022. All The Broken Places will be published by Doubleday and Penguin Random House in the U.S., Transworld in the U.K., and then receive a global release with 14 deals already completed.

The Boy in the Striped Pyjamas told the story of Bruno, the nine-year-old son of a senior SS officer at Auschwitz, who develops an unlikely friendship with Shmuel, an imprisoned Jewish boy; in All The Broken Places, Bruno’s older sister Gretel—now ninety-one years old—looks back on a life “scarred by guilt and grief.”

The choice to publish a sequel to The Boy in the Striped Pyjamas is somewhat controversial—namely, because the novel has come under fire for spreading misconceptions about the Holocaust. Fire from whom? Among others, the Auschwitz-Birkenau Holocaust Memorial Museum. Wrote the Auschwitz Museum on Twitter in 2020 after John Boyne critiqued other Auschwitz-focused books: “The Boy in the Striped Pyjamas should be avoided by anyone who studies or teaches about the history of the Holocaust.”

According to scholars and critics, The Boy in the Striped Pyjamas misrepresents German civilians’ understanding of and participation in the Holocaust and the physical circumstances at Auschwitz. Bruno is portrayed as not understanding his circumstances at all, but by law he would have been a member of the Hitler Youth and been exposed to anti-Semitic propaganda. Historically, Shmuel—along with other Jewish children—would have been sent straight to the gas chambers upon arriving at Auschwitz, and even if he had been selected to do forced labor he wouldn’t have been able to sit on the outskirts of the camp unoccupied, the circumstance which sets up the entirety of the book. In addition, the novel focuses on the emotional arcs of the Nazi-affiliated characters and portrays the Jewish victims as passive.

When this critique first arose, Boyne took to Twitter. “I may not always get it right, no one does, but I’d rather give it my best shot every time than be someone who gets their kicks by tearing strangers down through phone & thumb and then walking away with a smug smile thinking, ‘I told him,’” Boyne wrote in a series of now-deleted tweets. “The ‘new dictators’ try to define discourse, control literature & instigate online attacks. Perhaps they feel voiceless but screaming like jackals rather than talking like humans isn’t helpful. After 20 years of publishing novels, I know that real writers write from the gut, regardless of the abuse that comes their way.”

Later, he told The Guardian, “The Boy in the Striped Pyjamas is deliberately subtitled A Fable, a work of fiction with a moral at the center . . . By relating to my central characters, by caring about them and wanting no harm to come to them, the young reader can learn empathy and kindness.”

“In the years between [The Boy in the Striped Pyjamas’s publication] and now, I’ve regularly made notes in a file that I called ‘Gretel’s Story,’” Boyne told The Bookseller. “During lockdown, I decided it was time to write that novel and ‘Gretel’s Story’ became All the Broken Places. I hope all those readers who embraced my earlier novel will be keen to discover what happened to Bruno’s family after he made that fateful journey to the other side of the fence and witness the consequences in the devastation of the post-war world.”