Matthew Lloyd Davies’s performance is intelligent, honest, and compelling in Henry Porter’s intriguing story filled with spycraft and surprises. Host Jo Reed and AudioFile’s Sandi Henschel discuss the many twists and turns that Davies takes listeners down as he performs this terrific audiobook. Robert Harland, ex-British spy, currently works for the UN secretary-general. After surviving a plane crash, he’s drawn back into intelligence work. As narrator, Davies is the complete package. When a man claiming to be Harland’s son appears, Davies ratchets up the tension. His voice is flexible, and his characterizations are completely credible, thanks to his top-notch acting.

Support for AudioFile’s Behind the Mic comes from Graphic Audio, A Movie in Your Mind. Dramatized adaptations produced with a full cast, cinematic music and sound effects. Action packed audiobooks like you never heard before. Save up to 40% Off this month! Try samples of 1,600 titles now at GraphicAudio.net. 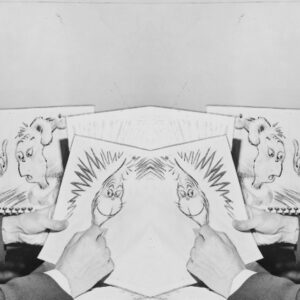 “He was known as the improbably well-informed Yankee who had a preternatural ability to sniff out genius—and...
© LitHub
Back to top